A Nigerian lady has expressed disappointment in her boyfriend for questioning her decision to withdraw N60k from his account without his permission.

In a leaked WhatsApp chat between the couple, it was gathered that the lady identified as Esther who has access to her boyfriend’s ATM card, withdraw N60,000 and didn’t bother telling him until he received a debit alert.

The boyfriend who was furious about it, asked her never to withdraw money from his account without seeking his permission.

However, Esther who felt entitled to the money, and angry at her boyfriend, told him she has every right to withdraw money from his account anytime any day without his permission so far as she remains his girlfriend.

Read their chat below: 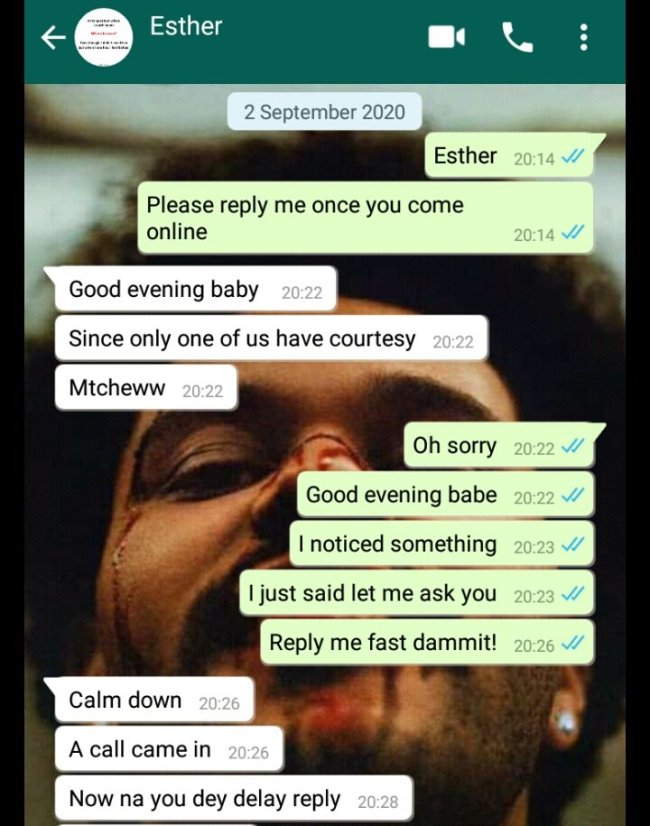 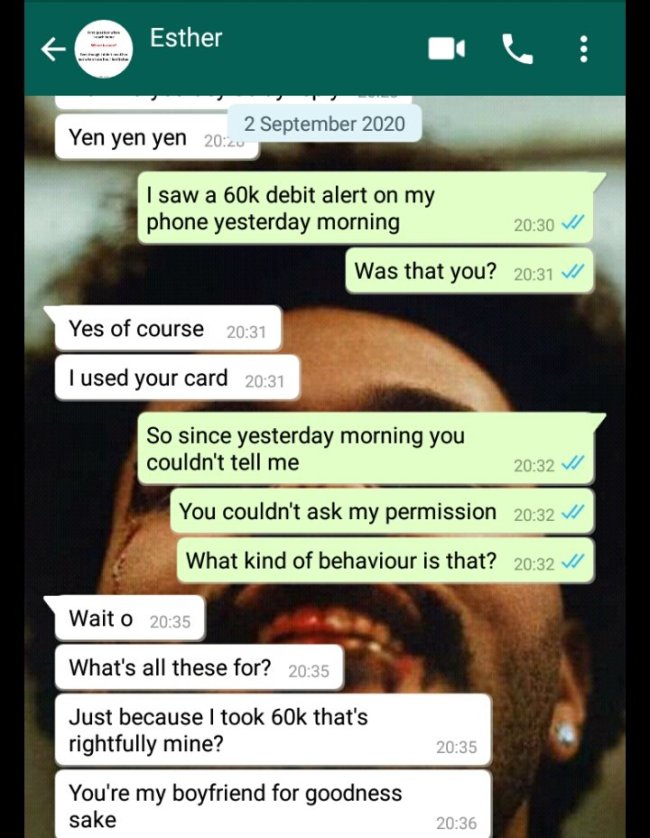 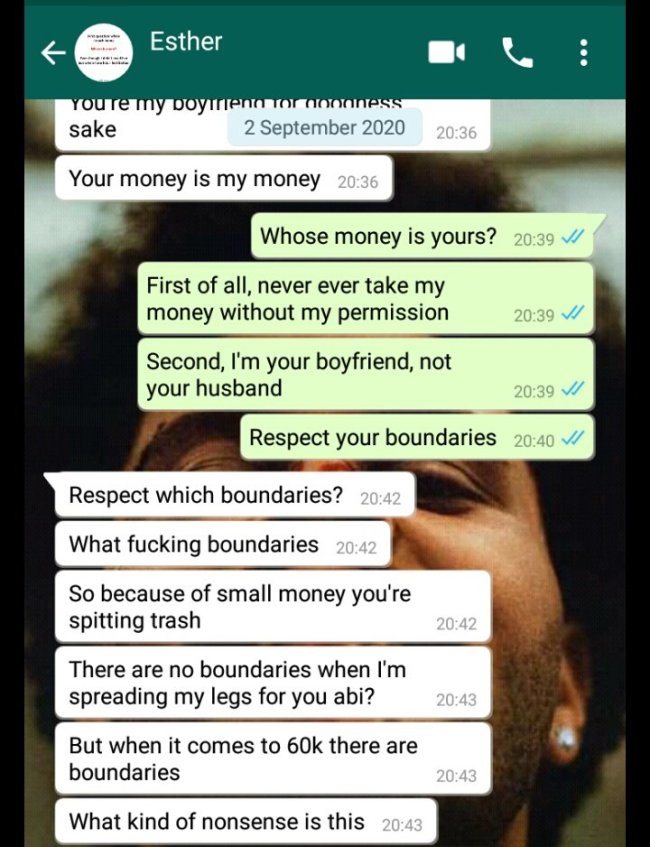 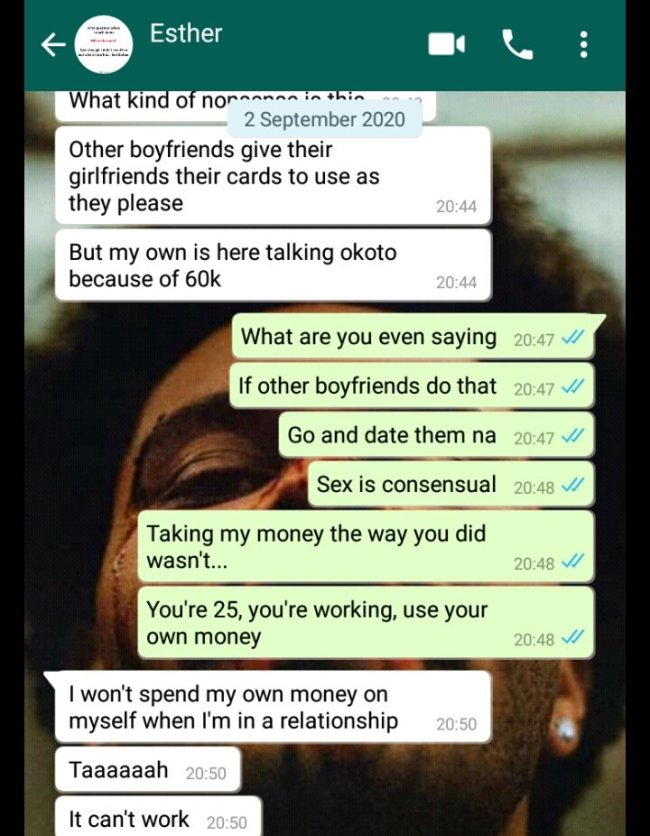 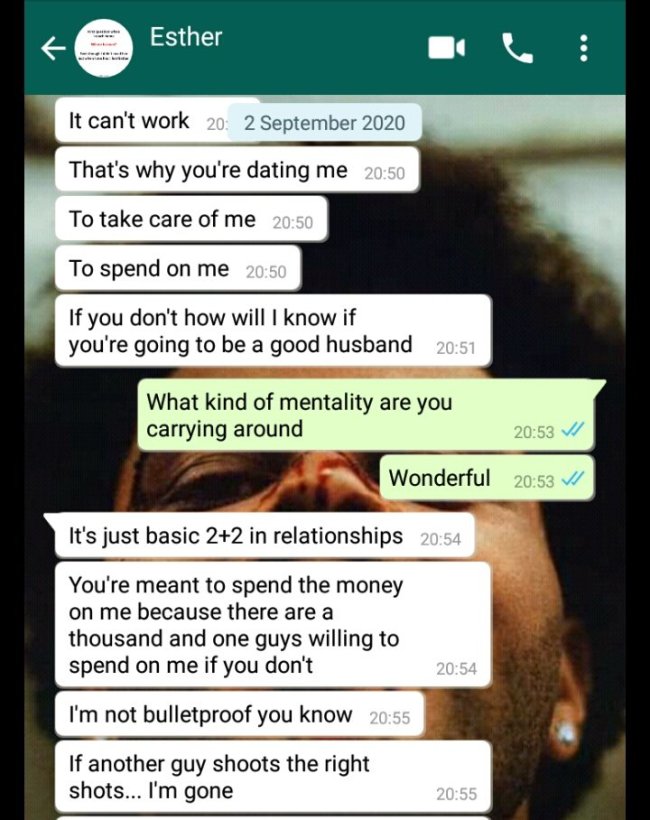 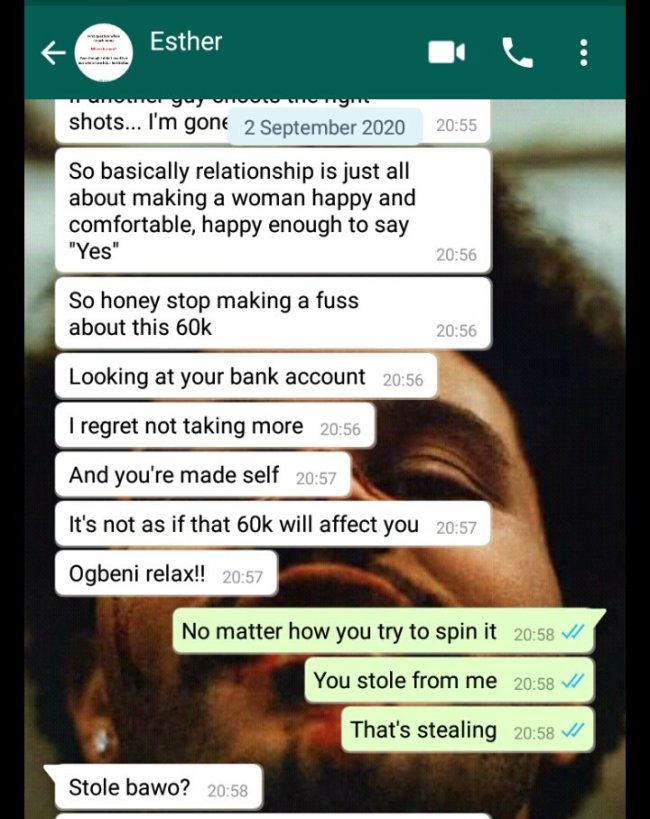 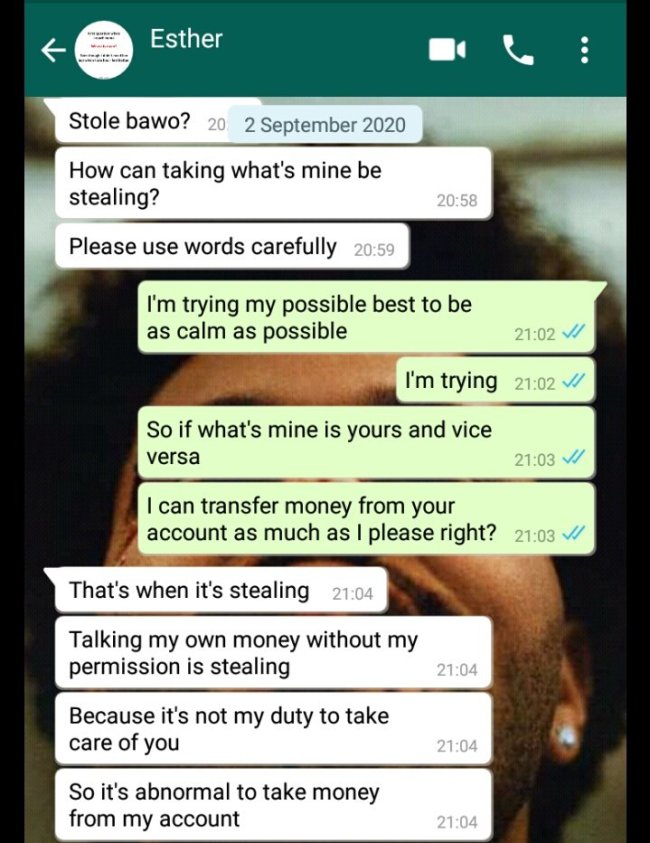 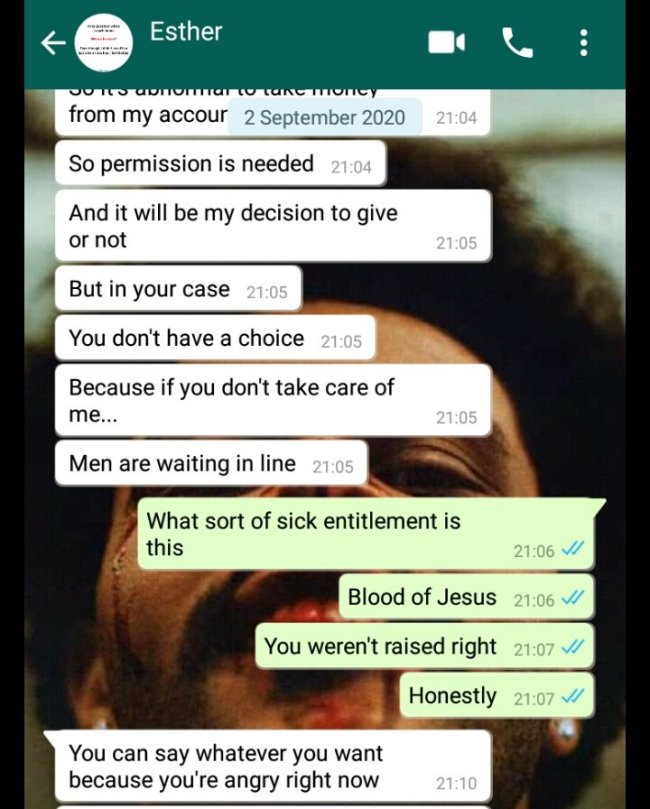 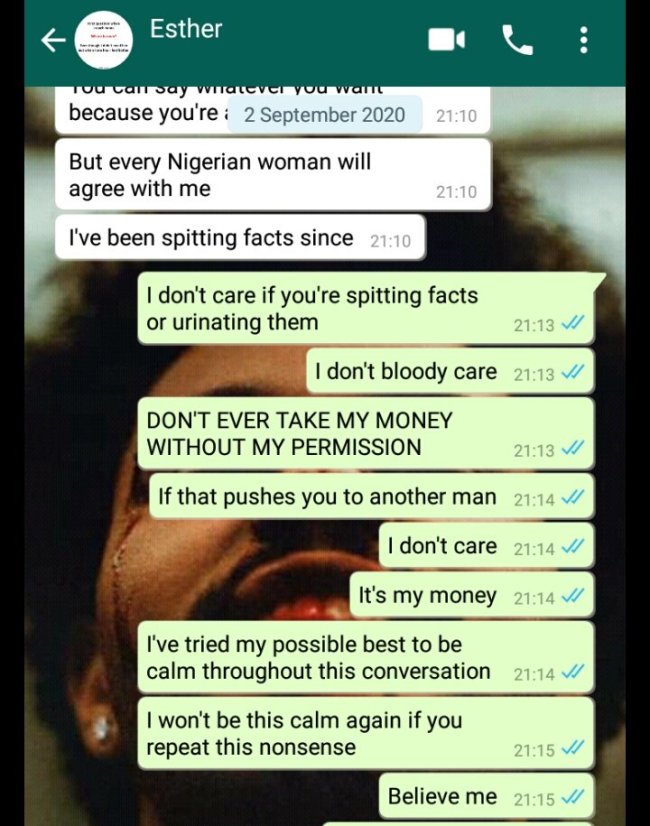