A 16-year-old grade 10 learner, Alicia Mohlaloga was allegedly shot dead in South Africa by a police officer, who is also her neighbour.

It was gathered that the incident happened in the early hours of Friday, October 2, at Seshego Zone 1 EXT in Polokwane, Limpopo. 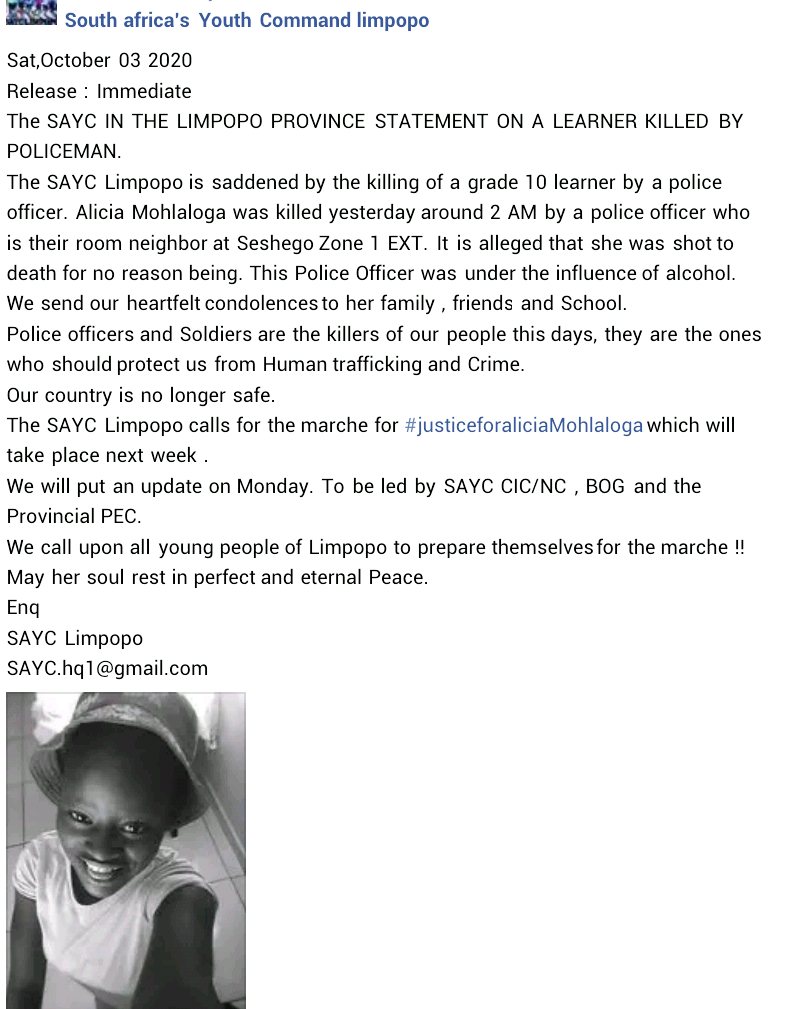 It is alleged that she was shot for no reason and that the police officer was under the influence of alcohol.

The police officer will on Monday, 5 October, appear before the Seshego Magistrate’s Court on charges of murder. 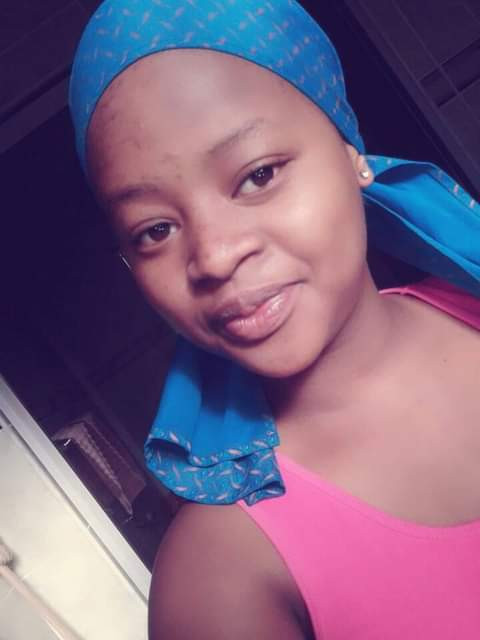 According to the Spokesperson for the Independent Police Investigative Directorate (IPID), Ndileka Cola, the officer, who resides in Seshego, requested transportation to Lethuli Park for himself, his wife and their child after their room had flooded due to heavy rain.“It is alleged that when the person arrived at his home, the officer took his wife and child to the car. He then returned, stood in front of another room, which is rented by a woman and her 16-year-old daughter. The officer allegedly fired numerous rounds through their door, with one killing the teenager,” Cola’s statement read.

The police were summoned to the scene and upon arrival, immediately brought the matter to the attention of the Directorate. The officer was arrested and took the IPID to the spot where he had hidden the firearm.Cola says the IPID are investigating the girl’s death as a result of police action.

Meanwhile South Africans have taken to Facebook to demand for justice for Alicia Mohlaloga. South Africa’s Youth Command Limpopo, in a statement issued on Saturday, said they will be organising a protest march.

“Police officers and soldiers are the killers of our people this days. They are the ones who should protect us from human traffickers and crimes” the statement partly reads. 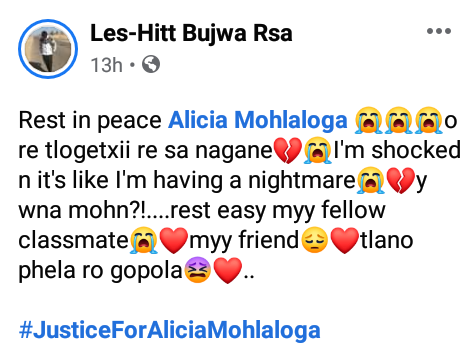 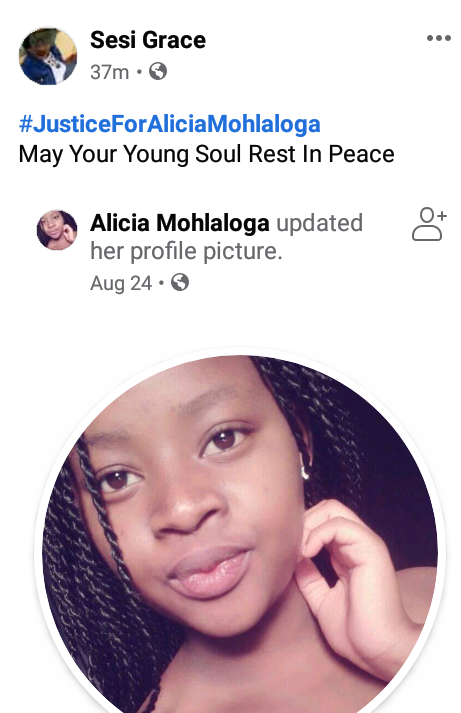 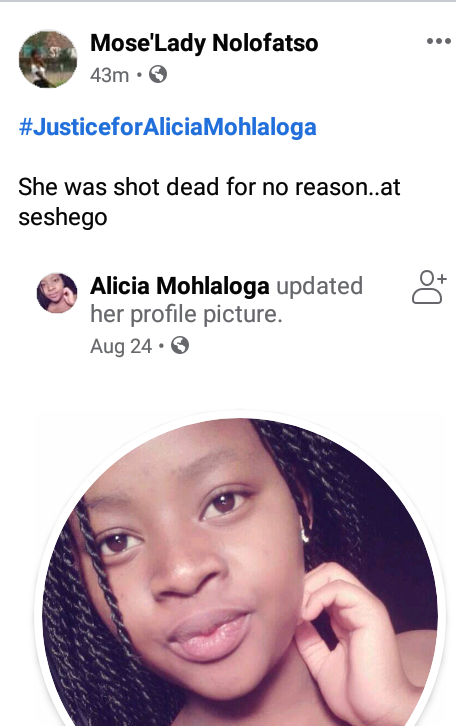 Teenager is bitten on the pen!s by a python while sitting on the toilet