A politician in Argentina has gone viral online after he was caught sucking a woman’s breasts during a virtual congressional session with his fellow lawmakers on Thursday September 24.

Juan Emilio Ameri, who represents the northern province of Salta, was seen by his colleagues and members of the public committing the lewd act as they carried out a special meeting about the country’s budget via Zoom.

In the footage, the father of three can be seen sitting down in front of a webcam with a woman on his lap. As another politician addresses his colleagues, Mr Ameri then puts his face to the woman’s chest, before pulling down her top to kiss her breast. Watch the video here.

Ameri was suspended immediately for committing the lewd act which was seen by his fellow MPs and the viewers at home. 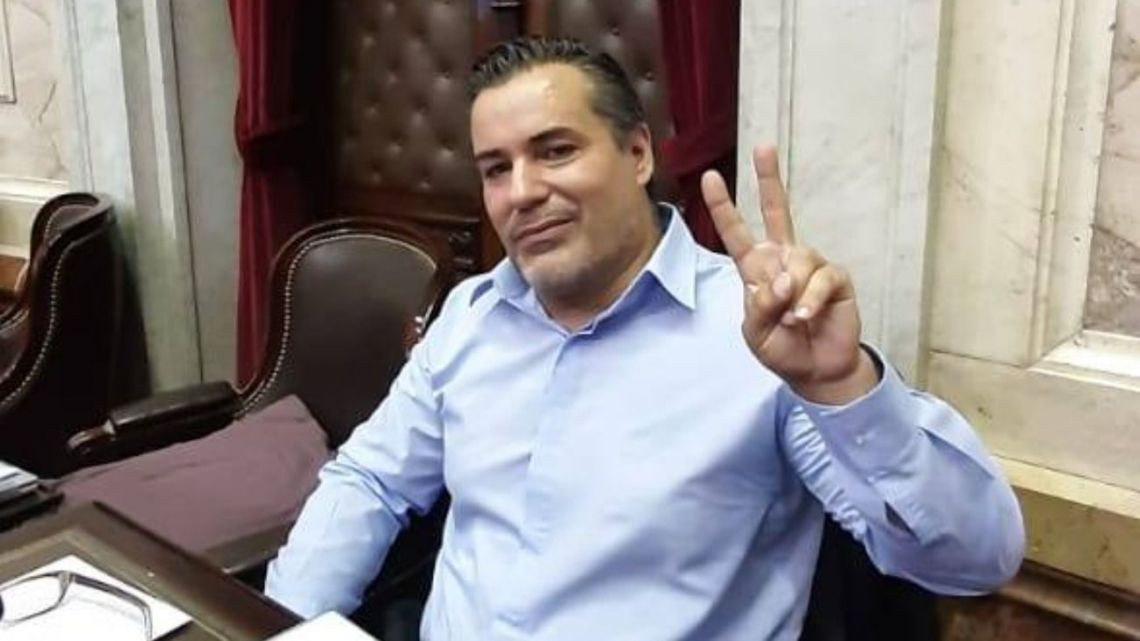 Following his suspension, Mr. Ameri said the woman was his partner and that he thought at the time he was not connected to the meeting.

“I’m very ashamed, [I feel] very bad,” Mr Ameri said, according to the Buenos Aires Times. “Here, throughout the interior of the country, the [internet] connection is very bad.”

Mr. Ameri also explained that he gave his partner “a kiss” because 10 days ago she underwent breast implant surgery.

Insult the President, Governors and other leaders and be arrested – NBC