Speak to your demons, they don’t have to die – Eva Alordiah advises religious folks

Nigerian rapper Eva Alordiah has advised religious folks to learn to speak to their demons, that they don’t always have to die. 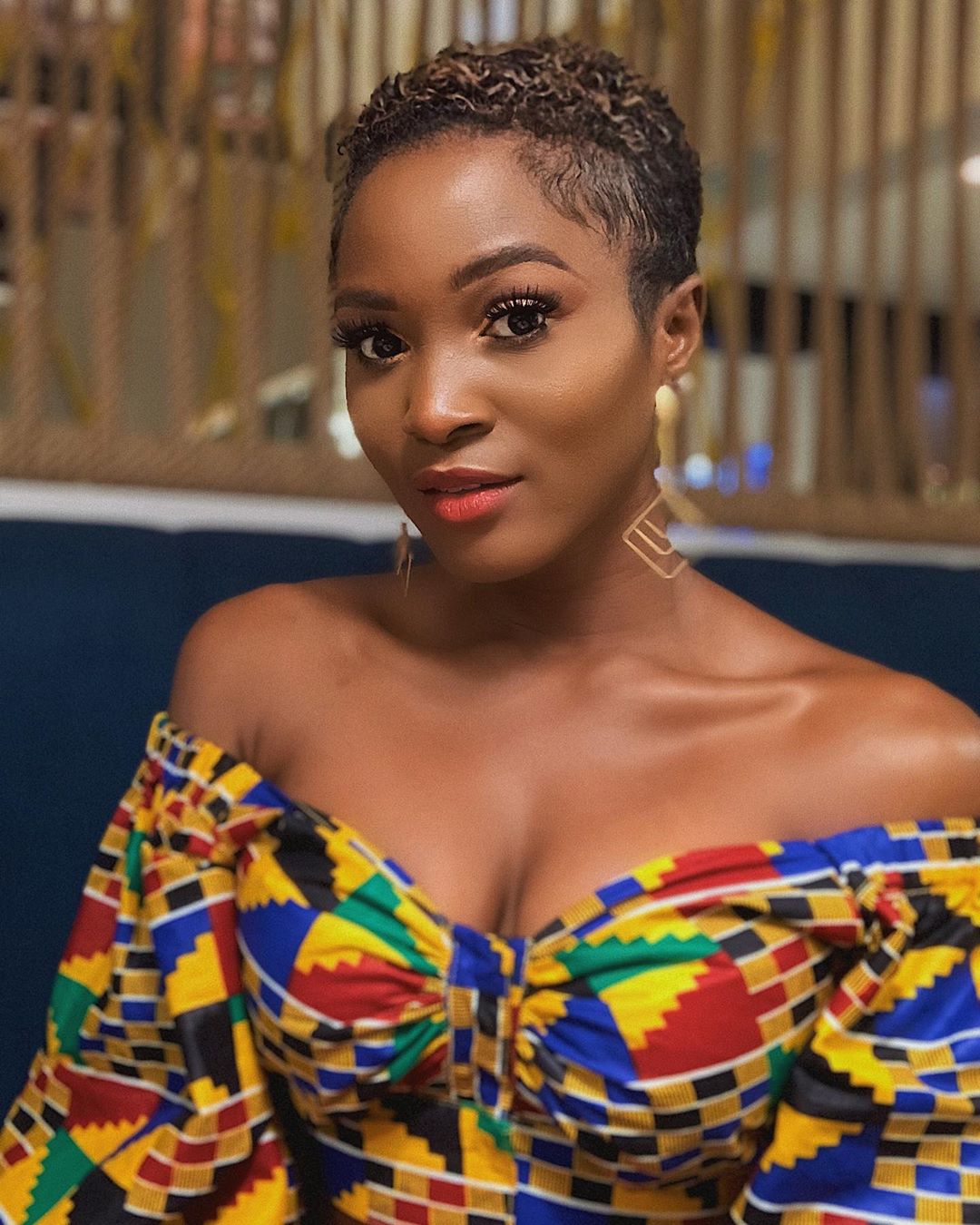 According to Eva, they forget that Jesus simply spoke to the ‘demons’ and asked them to leave, so they should emulate Jesus and speak to their demons.

The rapper took to her Instagram page to give this advise.

In her wods, “The way religious folk cast and shout and bind, they forget that Jesus simply spoke to the ‘demons’ and asked them to leave. Speak to your demons. They don’t have to die die die die die. Just tell them to go.” 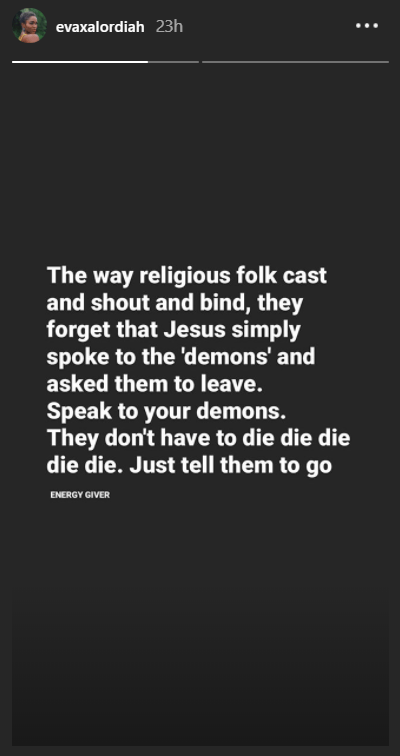 She was recently labeled a failed rapper after she took to Twitter to lambaste fellow music artists.

In a tweet she shared, Eva Alordiah criticized other musicians who mumble incomprehensible words in their songs.

“So many artistes have allowed themselves believe that mumbling incomprehensible words over beats, with no lyrics is “catching a vibe”.
As long as it keeps the rhythm eh?
You did not catch a Vibe.
You caught Laziness. I’m sad”.

A Twitter user who would have none of it replied:

“What’s this failed raper saying why don’t u mumble on a beats too or better still call the name of the art u refaring to..some people will not mind their biz”.

“LOL!!! Your knowledge of History is the only failure here. My name in History? Forever engraved Mr Eric. How is that for failure? Ozwor”.

“😂😂😂😂😂your name is in which history see this failed Wack raper ur name is in Allen avenue I don’t even know any of your songs bet raping like there is hot amala in ur mouth u better start doing video vixen instead of music its an advice.. failed raper”.

My life is being threatened for walking out of my marriage- estranged wife of Alaafin of Oyo, Queen Aanu, raises alarm