The life of a beggar identified as Sibongiseni Nkosi experienced a wonderful turn around after he got instant employment for helping a man push his car. 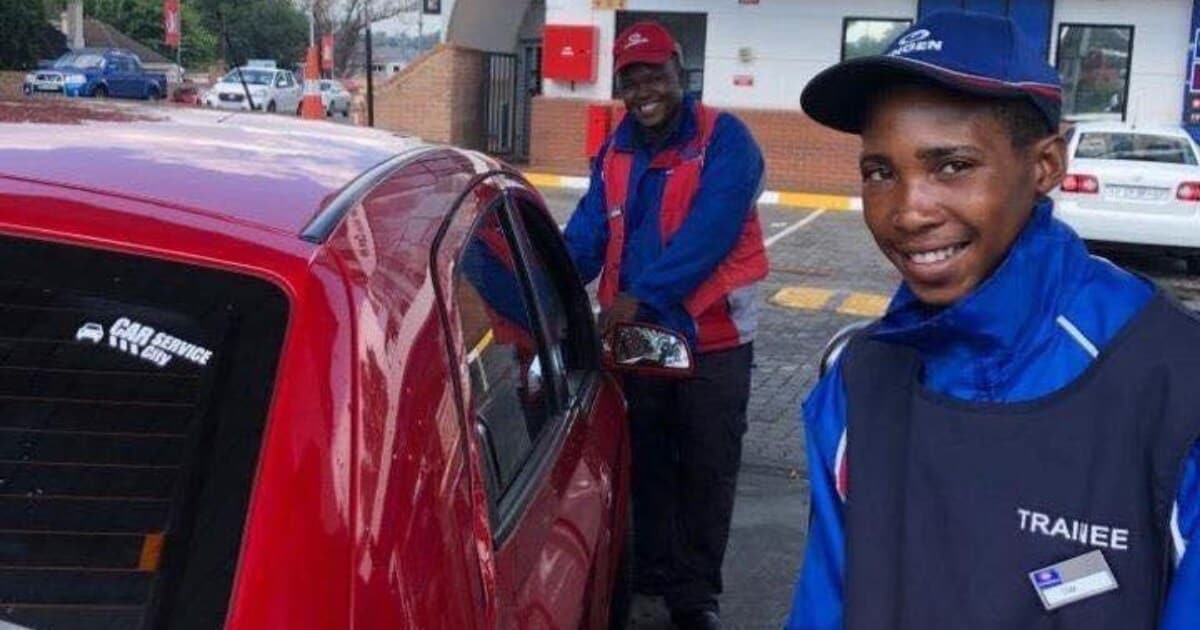 According to a Facebook post shared by HOBO group ZA, Sibongiseni is a 22-year-old who feeds himself daily by begging for cash at local street robots.

He reportedly helped South African, Vic Camphor to push his car after the vehicle refused to start.

Vic then remembered seeing Sibongiseni begging in the area and decided to reward his helpful attitude with a job as a petrol attendant at his parent’s Engen garage.

a Engen petrol station.Vic recognised him as guy who begged at nearby traffic lights. Cut long story short, he is

The post has since received thousands of reactions from locals who agreed with the poster’s claims that kindness is beneficial.

Another user Ntipu Kenneth added that, “Kindness is a great weapon.”

“We salute good work, we must all follow suite where we can.”

Pedophile, Mathew Miller, sentenced to 600 years in prison after forcing kids to make pornographic films for him.