Manchester City defender Oleksandr Zinchenko, has come out to clarify comments made by his wife, after she accused his manager Pep Guardiola of being at fault for his team’s shock Champions League defeat to Lyon.

Guardiola’s 3-5-2 tactics during the match backfired, as Man City suffered a 3-1 defeat to Lyon and Zinchenko’s new bride, Vlada Sedan, who is a sports presenter in her native Ukraine, criticized Guardiola, saying on her YouTube channel : “You saw what happened. I’m not a football player, not a coach, not a critic or an analyst. I understand that my opinion is not authoritative.

“Perhaps I have no right to say this, and perhaps Zinchenko will forbid me, but to put it mildly, in order not to swear, this is completely Guardiola’s fault.

“At such a crucial moment, using such an experimental tactic for City was a bummer. I have no right to criticise, but why play three central defenders?

“I simply have no words because to have such a line-up. Look at the players City have, what a bench. Literally on a few clubs in the world can boast having such players at substitutes.” 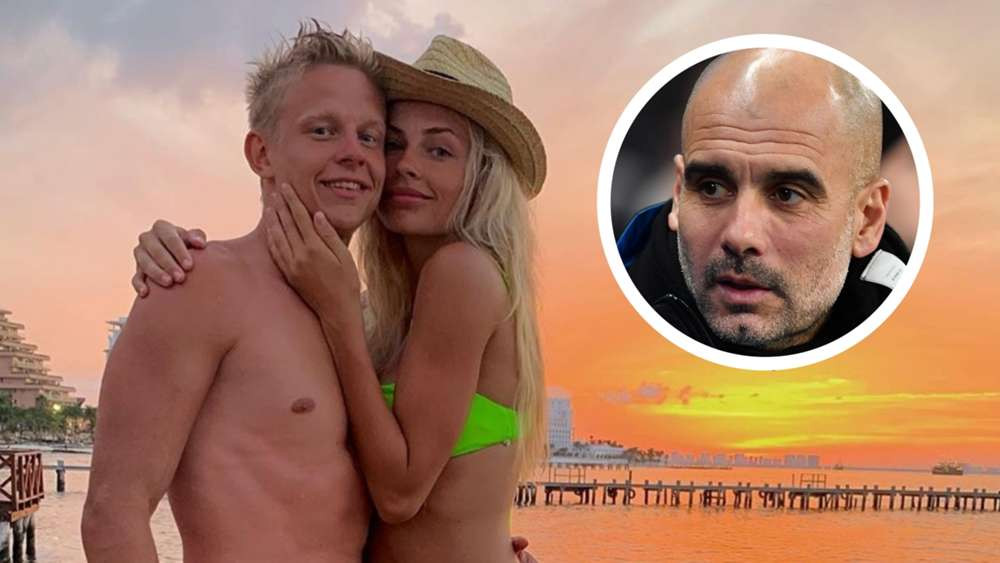 Zinchenko has now responded to those comments saying his wife only spoke as a disappointed fan and didn’t mean to attack his boss.

The 23-year-old full-back posted on Instagram on Monday August 23: “Guys, I need to say a few things about this interview.

“First of all, I didn’t say anything bad or judgmental about our tactics so don’t confuse my words please. I was explaining that we as players understand the effects tactics have and how given we have such great experience, we can adapt to the tactics we are given.

“On the night we lost to Lyon that doesn’t mean the manager was wrong to try. If you have seen my interviews in the past and the way how I talk about our manager then you can believe me. He is No 1.

“Second one about my wife. Although she is a journalist, she is also a fan. During the season she was travelling with us for all away and home games because she is a massive City fan! In the video you can see her emotions straight after the game and she gave an opinion like all fans do because she wanted us to do better.

“We totally understand now that she shouldn’t post it in the social media because she is my wife but she was not trying to make a journalist’s opinion of the manager of the team, she was simply reacting to her disappointment as a fan.

“I’m writing right now from my wedding and instead of enjoying that unbelievable moment. I have to do this because I can’t leave it like that. I hope you understand.”