A lady who is madly in love with her ex boyfriend’s younger brother has cried out for help on how to handle the situation. 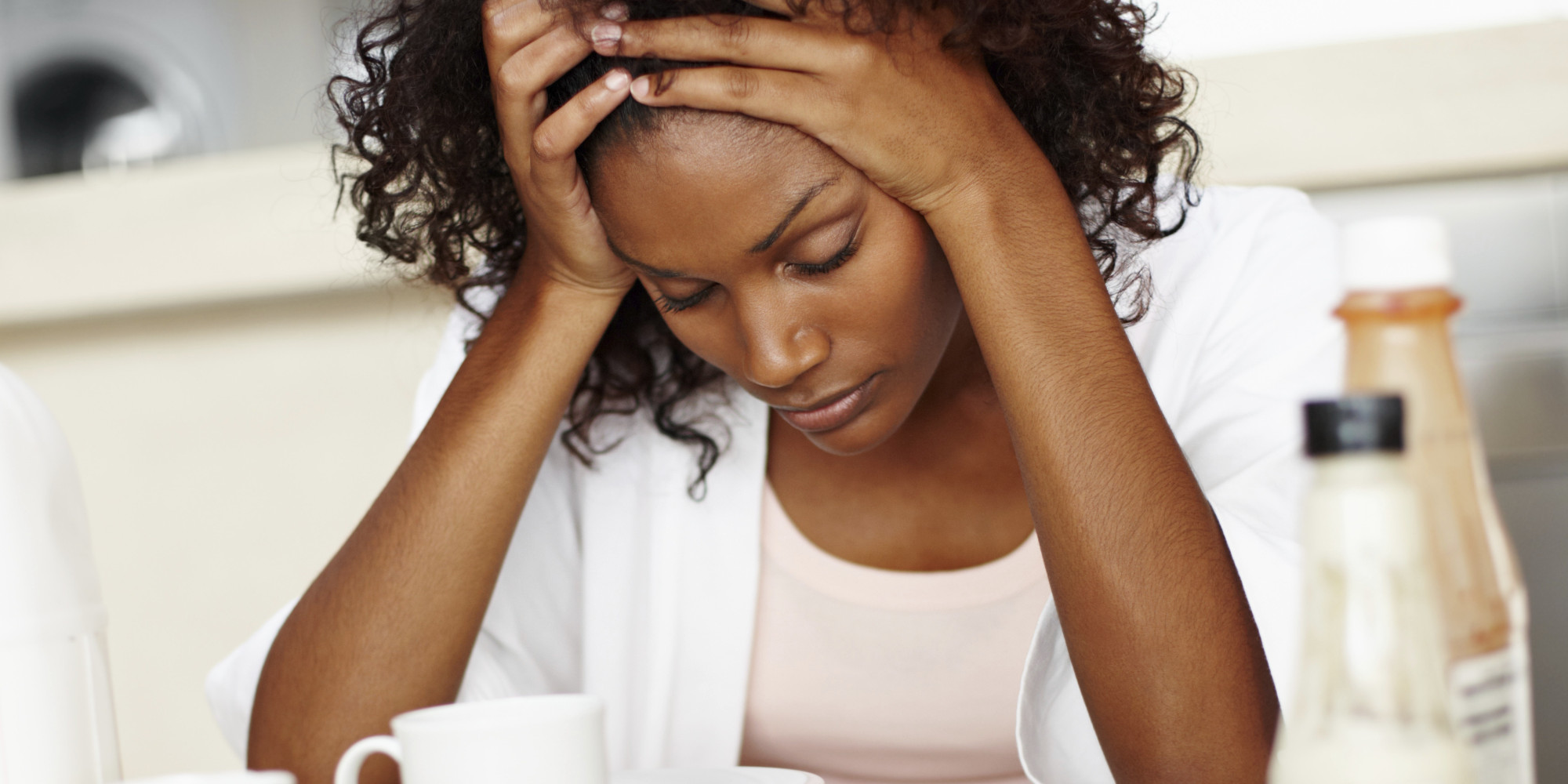 In a WhatsApp chat with her friend, she expressed her intense feelings for her ex-lover’s younger brother and how she finds peace and happiness with him.

She also revealed that the man is also in love with her and even has the intentions to marry her legally.

However, she lamented bitterly about being confused on what to do. According to her, she doesn’t know if going ahead with the relationship is morally right, because she has had an affair with his blood brother.

The lady, who had previously consulted someone else revealed that the other lady was strongly against the relationship.

The friend in the chat however advised her to follow her heart and pay no mind to other people’s opinions.

See the conversation below, 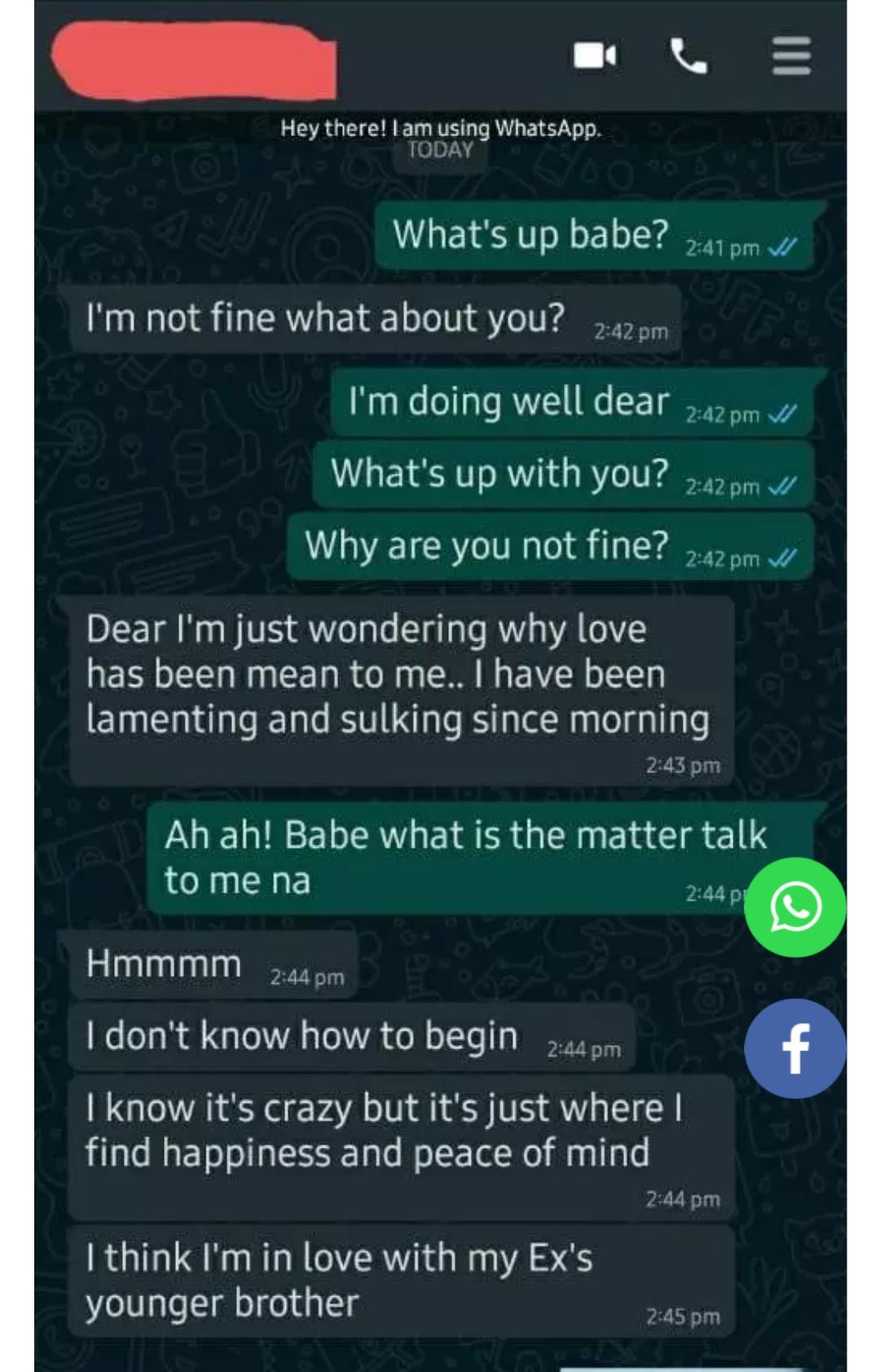 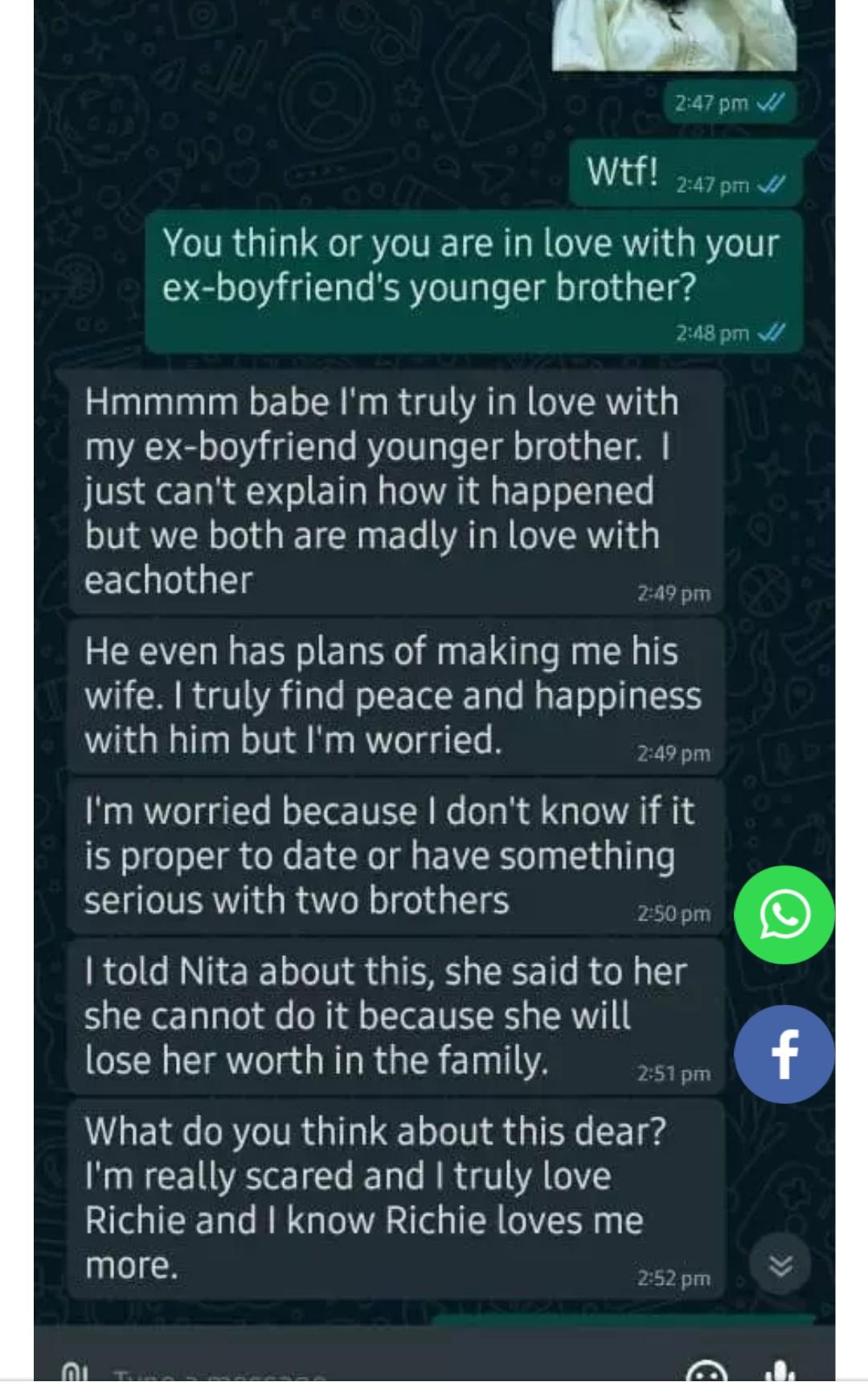 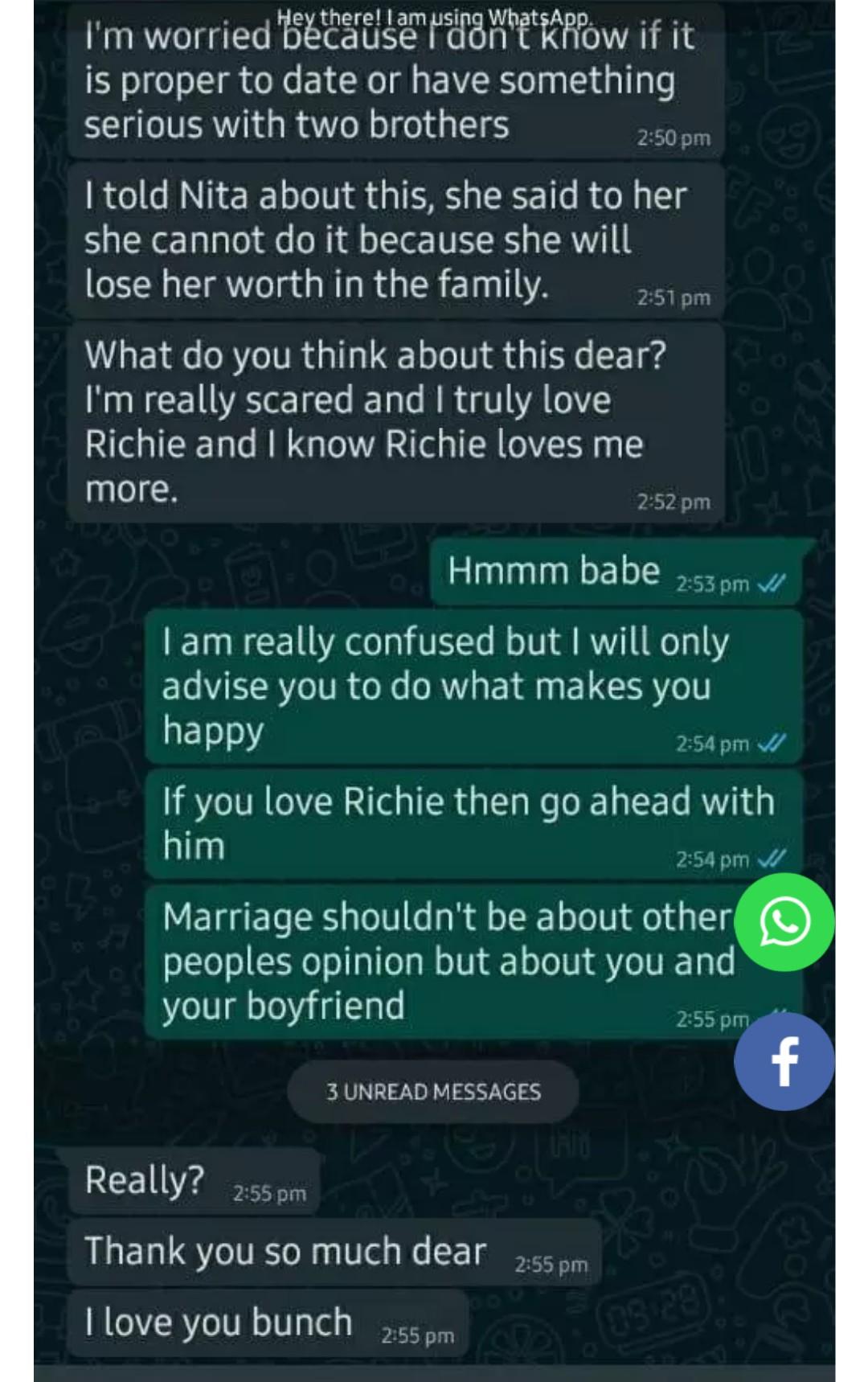