A WhatsApp chat between the man and his ex-girlfriend surfaced online and the subject matter of their discussion centres on why he broke up with her.

According to their chat, the man simply known as Alex had moved on and gotten into a new relationship but the ex sought to know why he broke up with her and what his new woman is doing right that she failed to do.

Alex revealed that there are many reasons for him ending their relationship, one of which includes how she supposedly was not taking care of herself.

But she quickly chipped in that she was very busy trying to take care of his financial needs hence why she did not have time for herself.

However, he claimed that the major reason which led him to call it quits was when he found out that she slept with a married man to pay his school fees, and that was the height of it for him.

Read their full chat below: 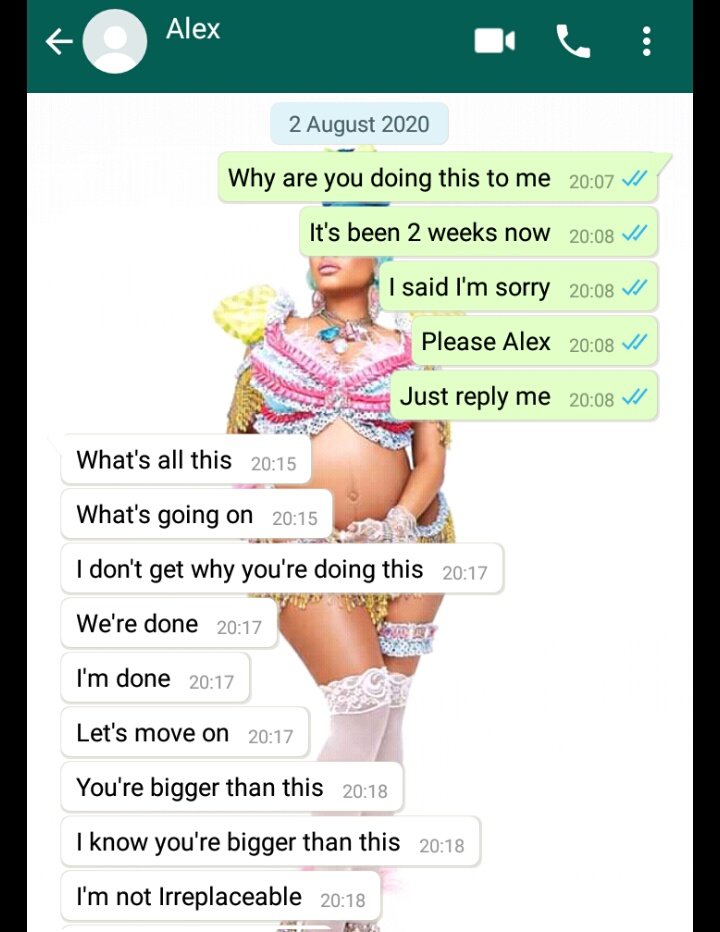 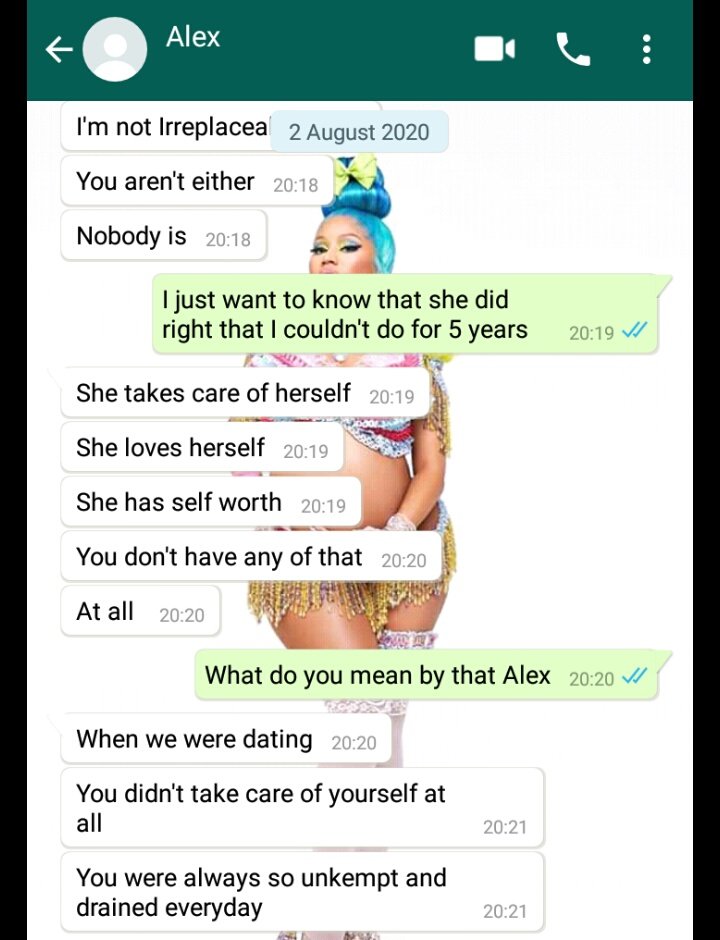 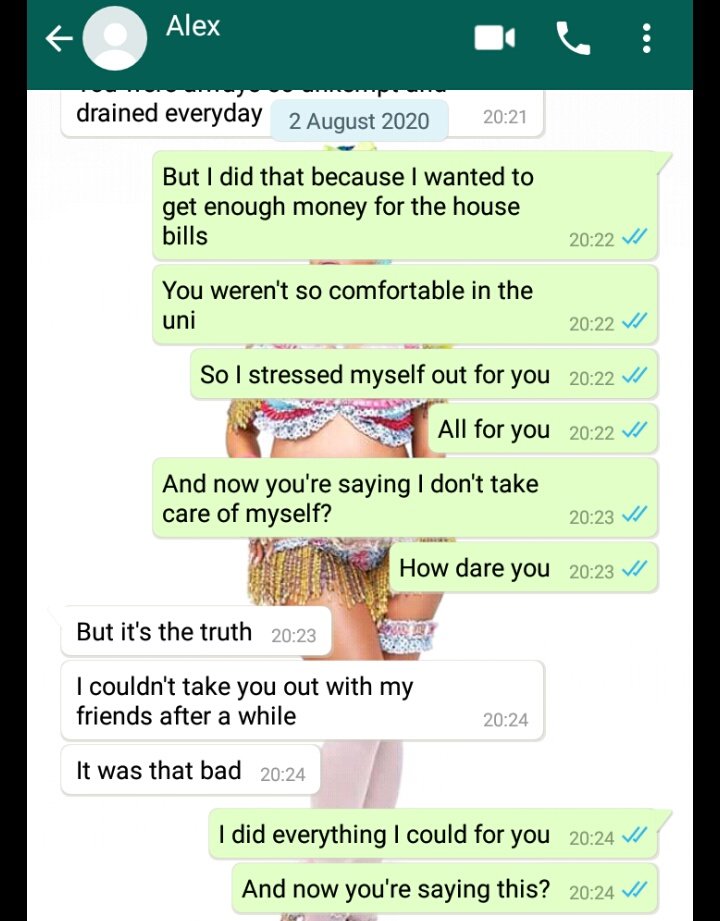 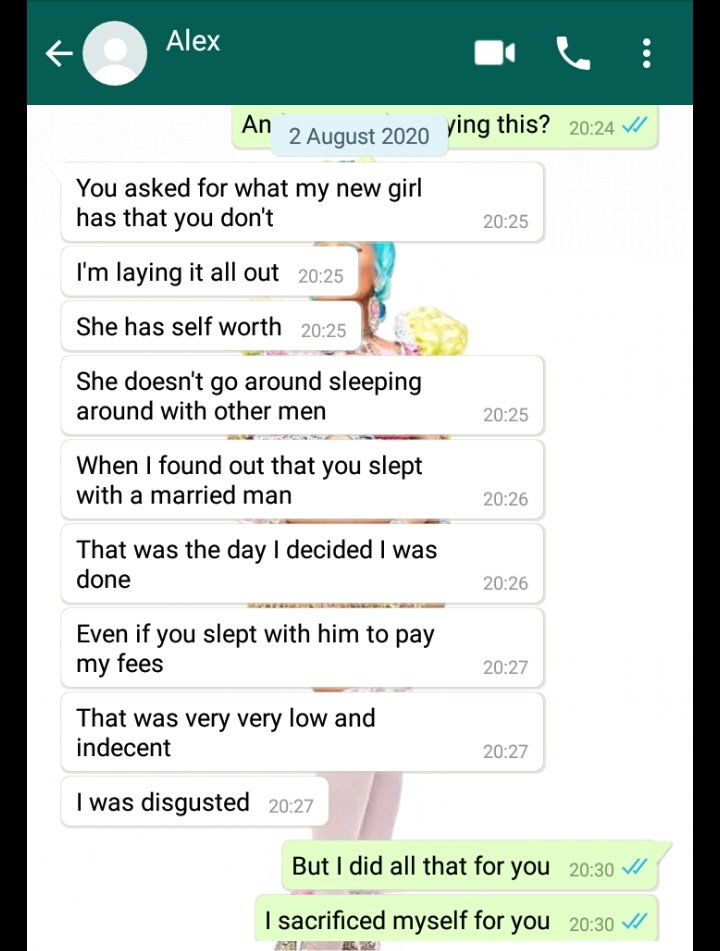 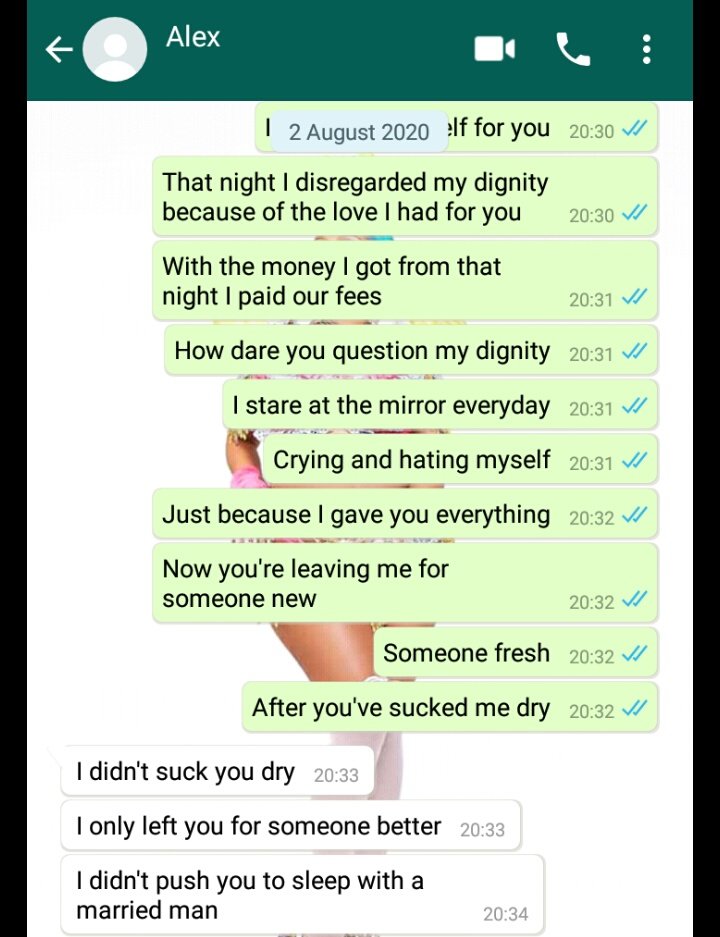 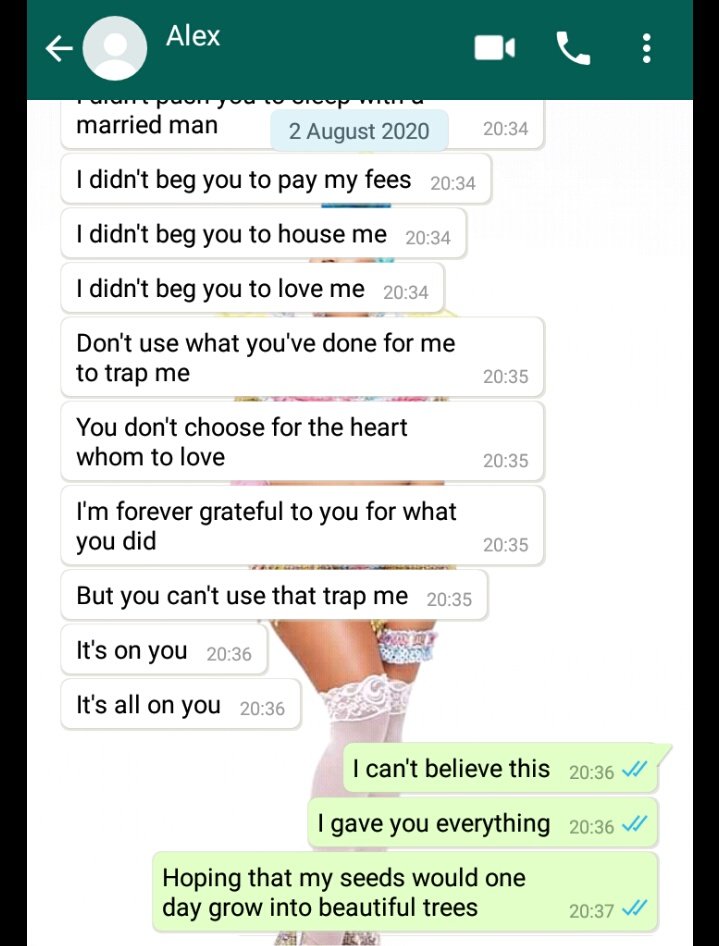 BONDING WITH YOUR SPOUSE 101