A Zambian TikToker John, alias @arabmoney44, went viral for his resemblance to American comedian Kevin Hart.
John, who apparently is aware of his uncanny resemblance to Hart, even imitated him in one of his videos.
John identifies as an environmentalist but most of his videos are of him making renditions from his country. 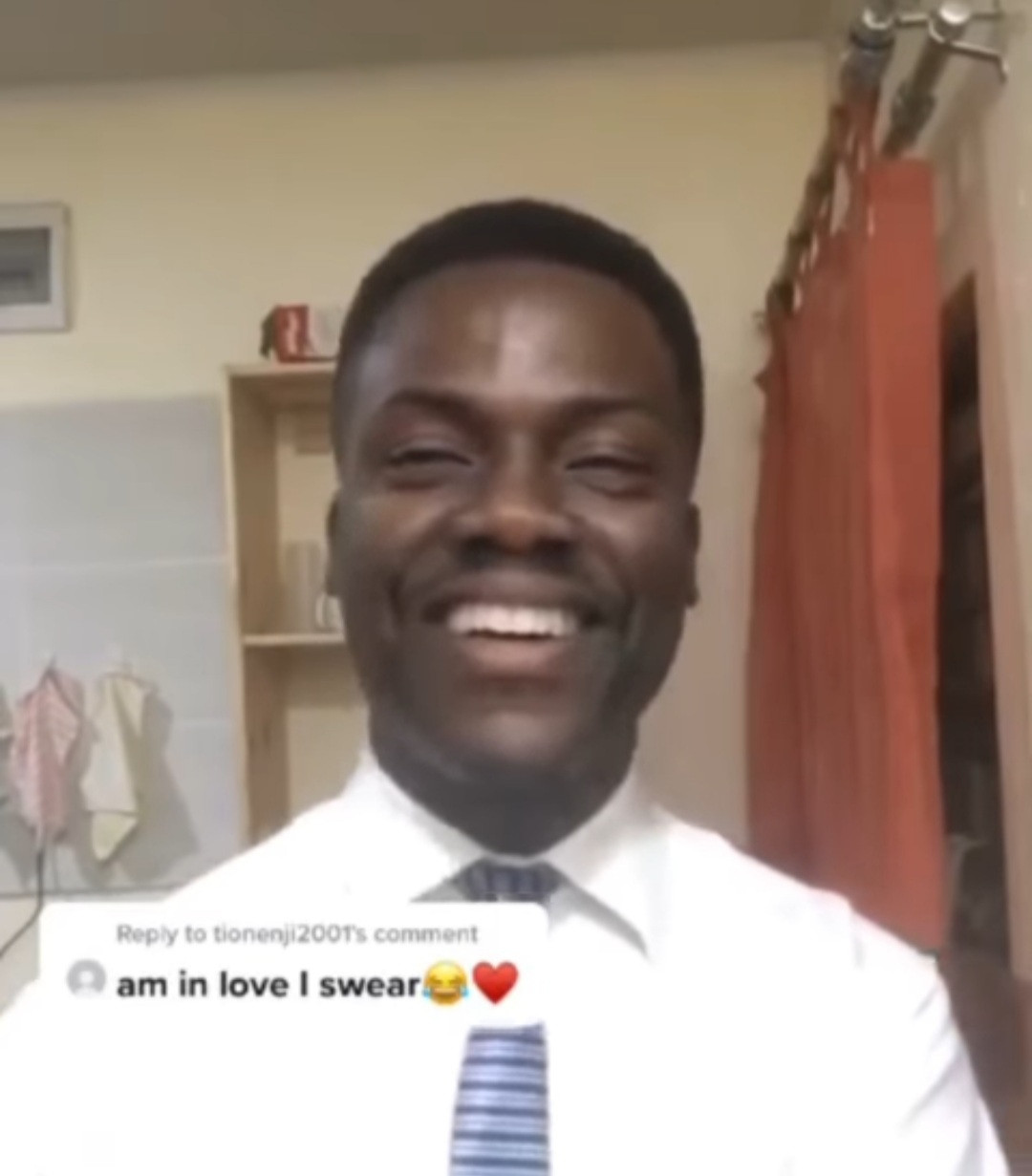 Kevin Hart has reacted to having a doppelganger. He reacted during an interview with Charlamagne tha God.
“This guy actually looks like me. It’s not a joke. My brother, it looks exactly like we were birth from the same woman,” Hart said.
“I thought he was playing with a filter but that’s him. That’s the second time I’ve seen it.”

is this African Kevin Hart? pic.twitter.com/aSng6tj6A2

Claim its A face app or a look alike all you want. 🙄
I'm telling my Village headmen @KevinHart4real was bumping my song Extra Time😁@kb_killabeats we made it. pic.twitter.com/oZOdxq5Lh6

Rapper Erigga set to wed his baby mama, Morenike, after years of dating