In an extremely rare case in Nigeria, a woman has reportedly given birth to a baby girl five months after delivering a set of twins.

According to Enate Ogedegbe who officiated the naming ceremony of the children on Sunday, October 4, along with one pastor Daniel Osierih, the woman was childless seven years after her marriage. 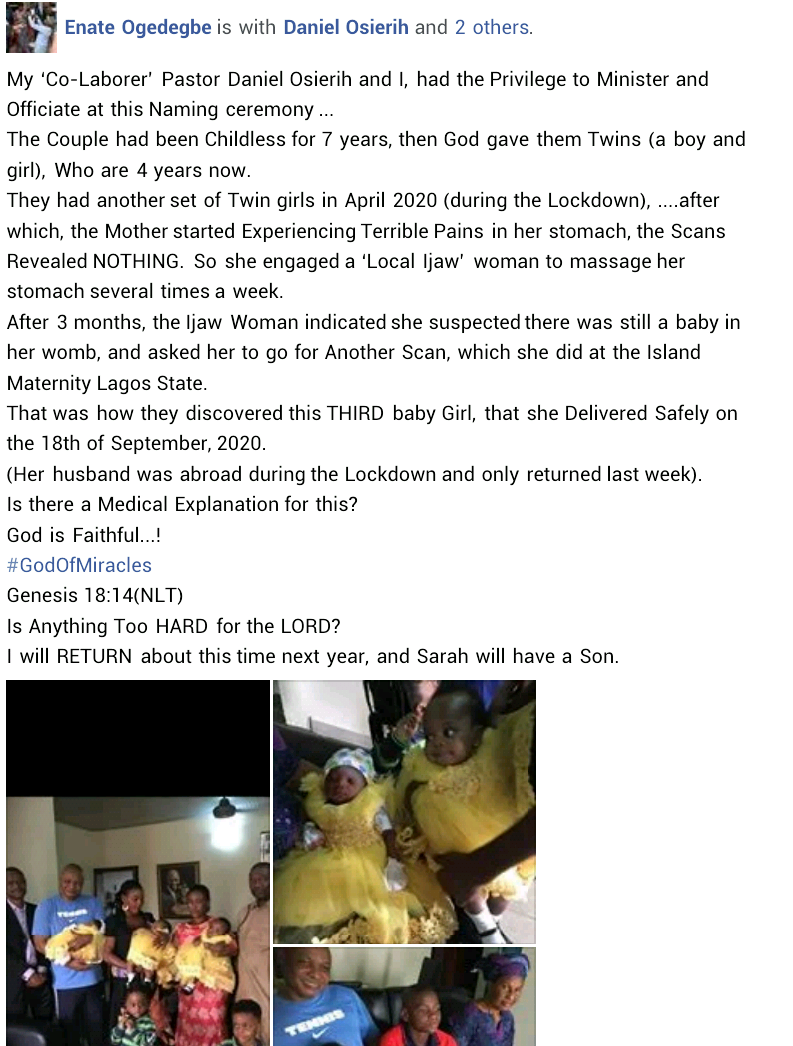 Four years ago, she gave birth to a set of twins. On April, 2020, she delivered another set of twins after which she started experiencing pain in her stomach.

Initial scan revealed nothing. Three months after the birth of the twins she went for another scan at Island Maternity in Lagos where it was confirmed she was pregnant.

On September 18, 2020, five months after the birth of the twins, she delivered a baby girl. Read details below:

“My ‘Co-Laborer’ Pastor Daniel Osierih and I, had the Privilege to Minister and Officiate at this Naming ceremony.

The Couple had been Childless for 7 years, then God gave them Twins (a boy and girl), Who are 4 years now.

They had another set of Twin girls in April 2020 (during the Lockdown), ….after which, the Mother started Experiencing Terrible Pains in her stomach, the Scans Revealed NOTHING. So she engaged a ‘Local Ijaw’ woman to massage her stomach several times a week.

After 3 months, the Ijaw Woman indicated she suspected there was still a baby in her womb, and asked her to go for Another Scan, which she did at the Island Maternity Lagos State.

That was how they discovered this THIRD baby Girl, that she Delivered Safely on the 18th of September, 2020. (Her husband was abroad during the Lockdown and only returned last week).

Is there a Medical Explanation for this?

Is Anything Too HARD for the LORD?

I will RETURN about this time next 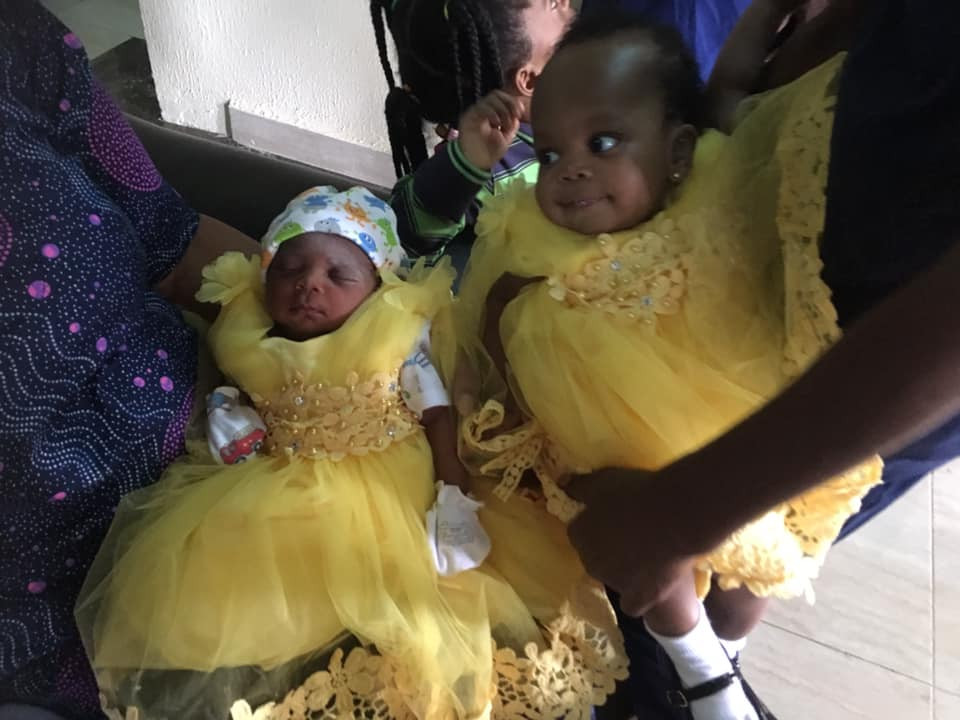 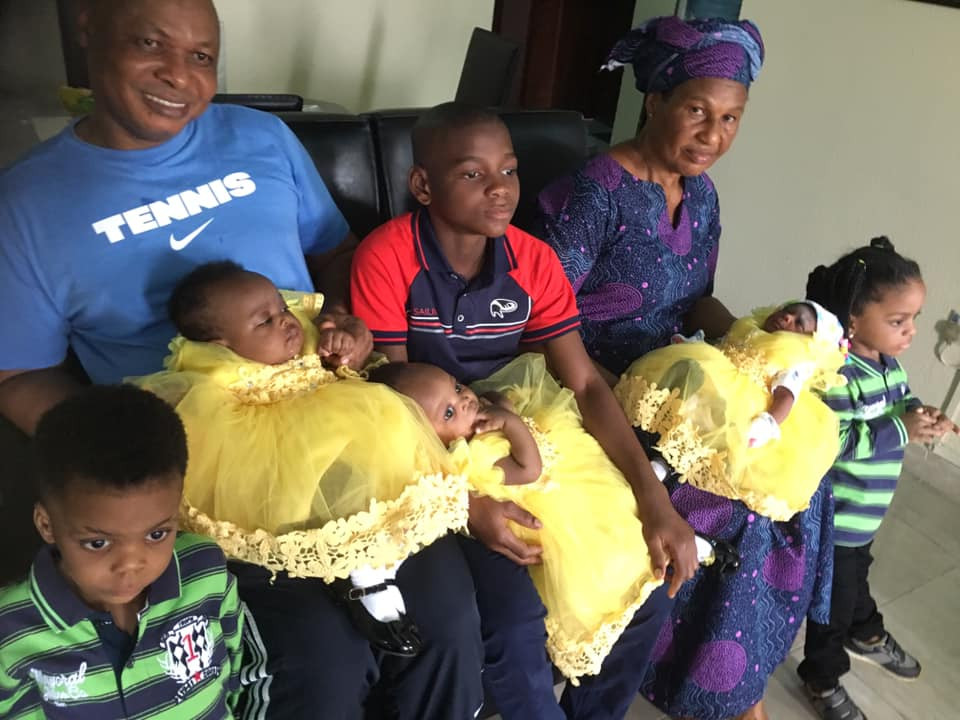 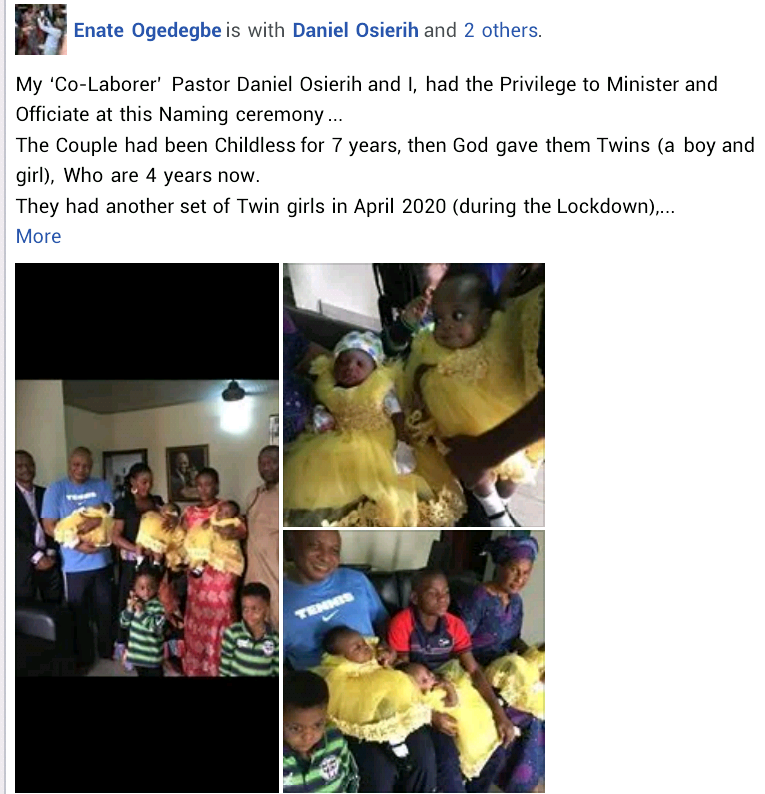 ‘I am ready to get married’ — Actress Inem Peters