Journalist who covered the scenes at the site of the palliative storage center and was arrested by Lagos State Task Force, discovered dead

A 20-year old journalist, Onifade Pelumi has been found dead, after he was allegedly arrested by the Lagos State Task Force. 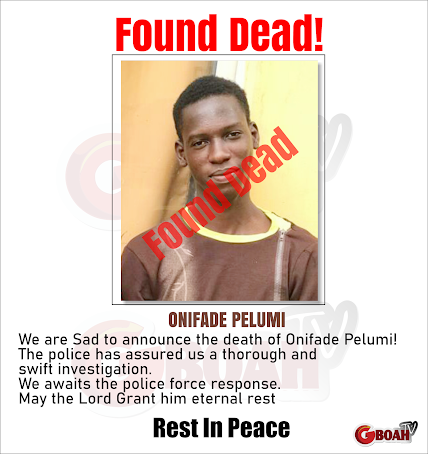 It was learnt that Pelumi before his sudden death was a staff of Gboah TV, and was arrested by policemen at the Ministry of Agriculture, Abbattoir, Agege, on October 24th, while he was on official duty to cover the scenes at the site of the palliative storage center in the state.

The management of the television station in a statement, revealed that investigations are ongoing by the police, to unravel what led to his death.

“It has been confirmed that the Gboah TV staff ‘Onifade Pelumi’, arrested by the Lagos State Task Force at the Ministry of Agriculture, Abbattoir, Agege is dead!

The Police are currently investigating the matter and have assured the management, the family and community that the investigation will be thorough and swift.

Onifade Pelumi died while covering the scenes at the site of the palliative storage center.

He will be deeply missed!

Further details will be released upon completion of the Investigation by Police Force. 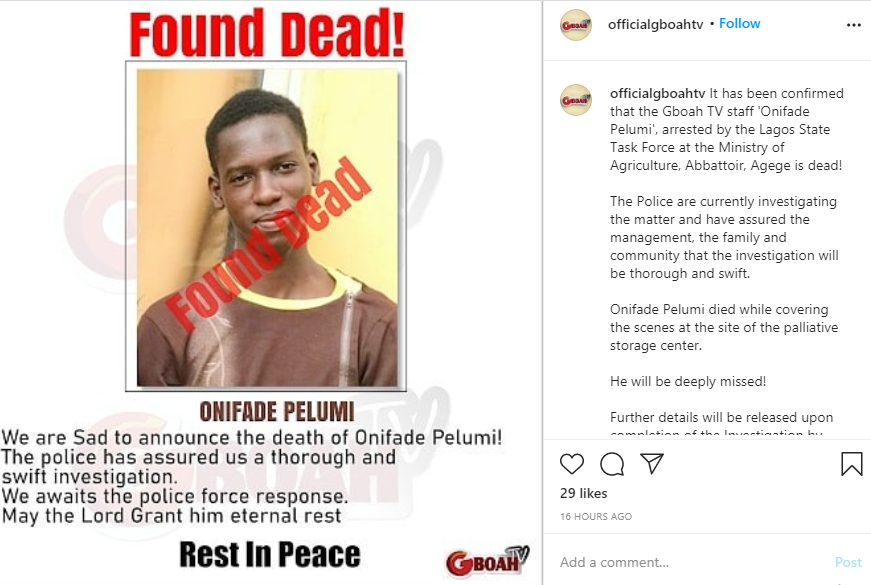 Nigerian Feminists criticize Oyedepo for his statement on feminism