President Donald Trump who lost his re-election campaign to his democratic opponent, Joe Biden is now toping the columnn for “loser’ on Twitter.

A search for “loser” under people timeline on the social media platform, showed that President Donald Trump’s handle topped the list. 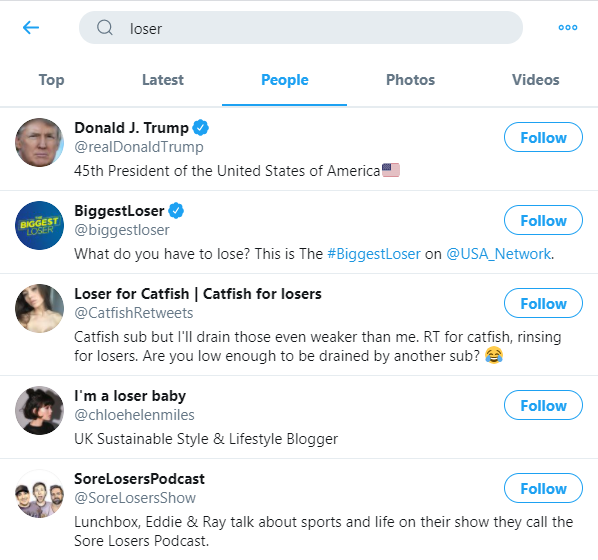 Most of the US President’s tweet on Twitter have also been been flagged as “disputed and might be misleading about an election or other civic process.” 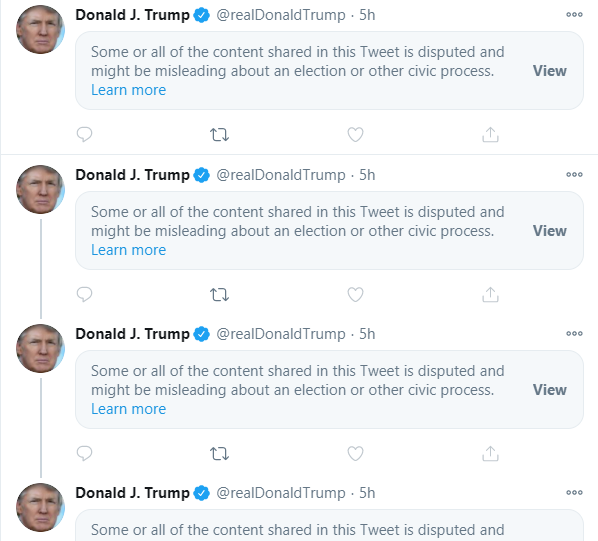 Joseph Robinette Biden Jr. was elected the 46th president of the United States on Saturday November 7, promising to restore political normalcy and a spirit of national unity to confront raging health and economic crises, and making Donald J. Trump a one-term president after four years of tumult in the White House.

The result also provided a history-making moment for Mr. Biden’s running mate, Senator Kamala Harris of California, who will become the first woman to serve as vice president.

Mr. Trump is now the third elected president since World War II to lose re-election, and the first in more than a quarter-century.

‘I am tough, I can take up the roles of a man’ – Ngozi Nwosu on International Women’s Day

“Dear beautiful ladies if there is any part of your body you are not proud of, cover it up for your own sanity” – Blessing Okoro

My reasons for being Lesbian — Singer Temmie Ovwasa