An alleged Nigerian drug peddler with expired visa was arrested in Delhi, India on Sunday, September 20, and 250 grams of cocaine valued at 20 lakh seized from his possession.

The yet-to-be-named suspect was arrested from the New Delhi Railway Station by the Railway Unit of the Delhi Police.

According to a police officer, Harendra Singh, the suspect had been ”visiting Delhi from Bengaluru to supply drugs in rave parties.”

A fake American drivers licence was also found in his possession.

Police have registered a case under the Narcotic Drugs and Psychotropic Substances Act, 1985 (NDPS Act) and 14 Foreigners Act. 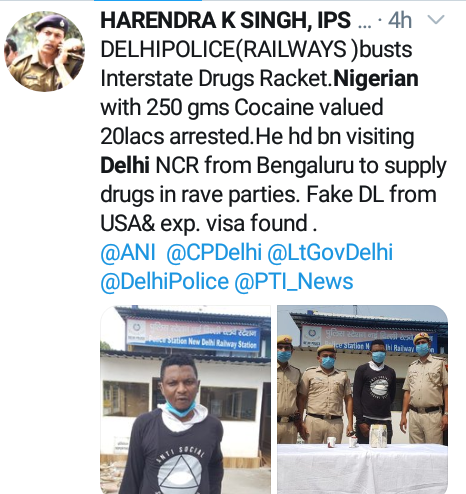 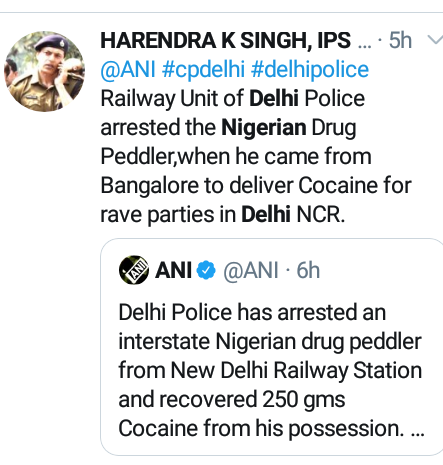 Man murdered in Imo for attempting to rape a woman