A quite hardworking Nigerian lady with Twitter handle, @Nathelocgod has flaunted the immensely beneficial outcome of being hardworking and dedicated to one’s craft. 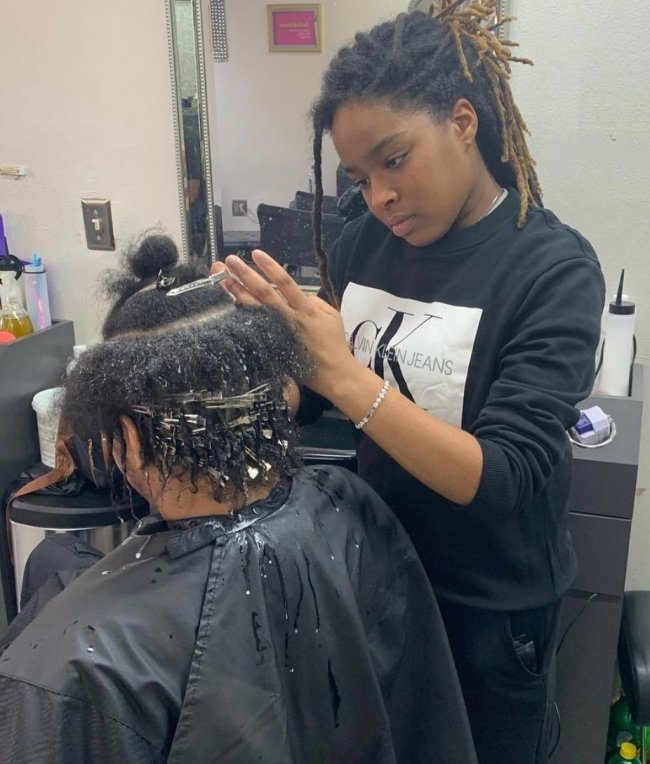 The lady took to her Twitter page to tell her followers that after working as a hairdresser at the age of 17, she ended up becoming a millionaire at 20.

The lady who’s now a young CEO, shared some photos alongside her post, and in one image showed her in a salon working on a client’s head. In the second frame, she posed in her warehouse of hair products. 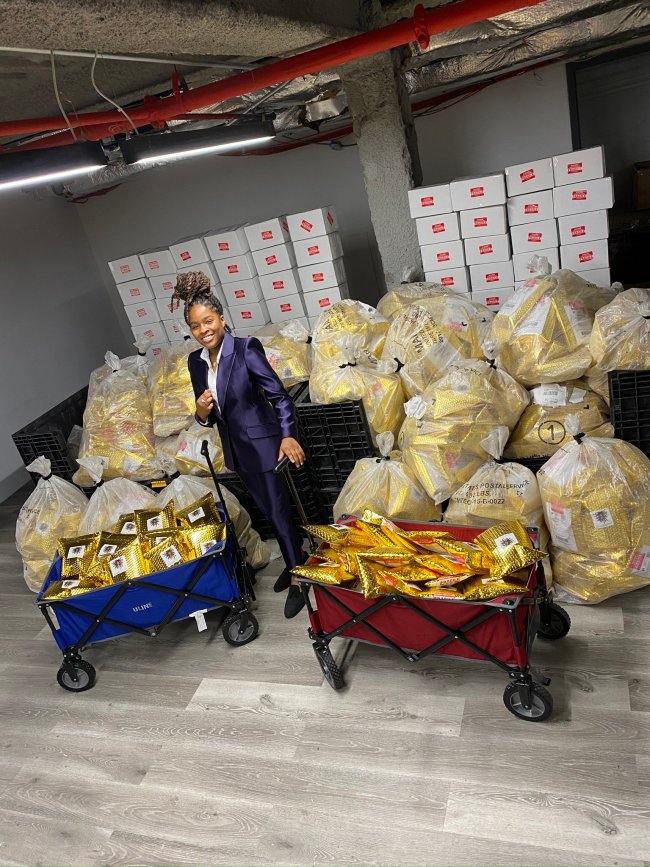 After she was asked how she was able to achieve the financial success, within a short period of time, she explained in subsequent tweets.

According to @Nathelocgod, she started practicing the hairstyling craft by braiding her mum’s hair as well as hers at home.

She thereafter worked in a salon for three years and when she turned 19, launched her product line. The company picked off well and due to its success, she had to leave her daily job as a hairdresser to become a CEO.

After sometime, she was able to set up her own salon and employ a stylist in January 2020 which then expanded to two salon suites, and with 13 people working in her establishments. 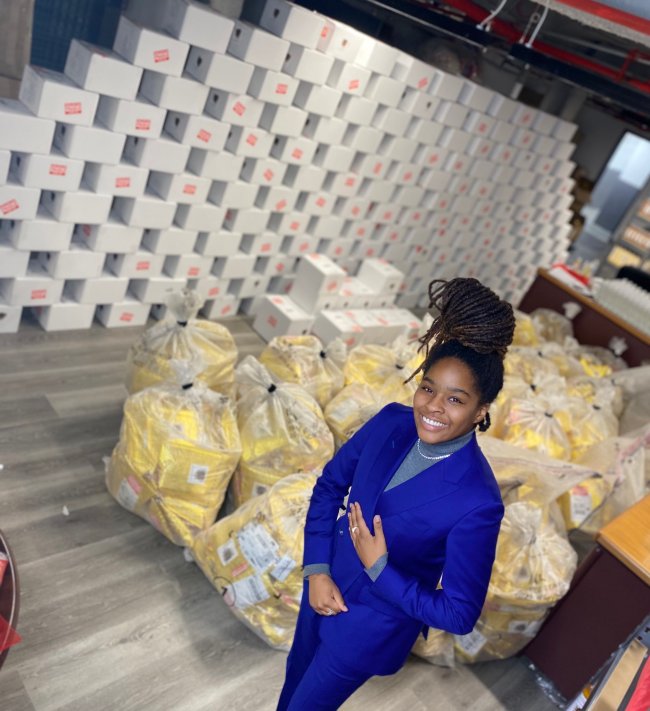 She also disclosed that she has a 6,400sq foot warehouse.

Some of you are confused by exactly how I became a millionaire. I started off doing my own hair and my mother’s hair at home. Eventually I had the opportunity to work in a hair braiding shop. I did hair for 3 years. When I was 19 I started my own product line (Loc God Products)

I eventually got my own salon suite as a stylist, but I didn’t want to be a stylist forever. (As stated in the caption of this photo) This was January 2020. My product line was already up and running for 3 months and had just started making enough for me to quit doing hair. pic.twitter.com/4jlhFwJL9n

i started out doing hair in an african hair braiding shop at 17. Now im a millionaire at 20….thats crazy. pic.twitter.com/ig13TnrZYe

We didn’t raise our children to be religious – Gospel singer, Kirk Franklin

Bobrisky went to his father’s burial dressed as a man