Aggrieved protesters in the Federal Capital Territory, have staged a protest in front of the Ministry of Justice building in Abuja. 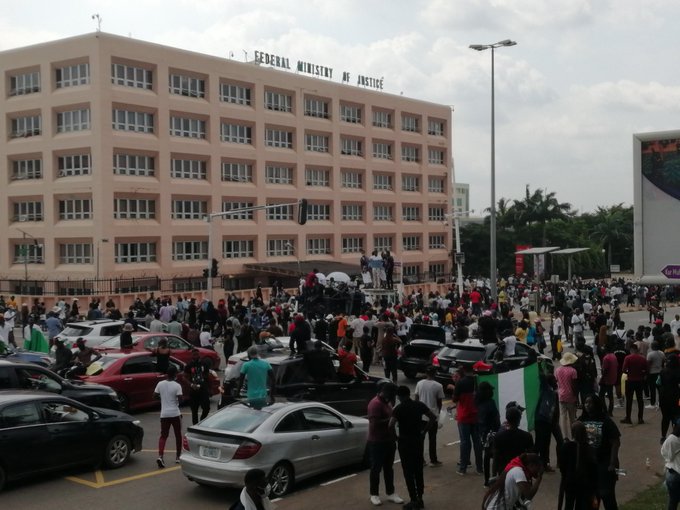 The protesters were at the ministry of justice to demand a complete reform of the Nigerian police force and end to the incessant killing of Nigerian youths. 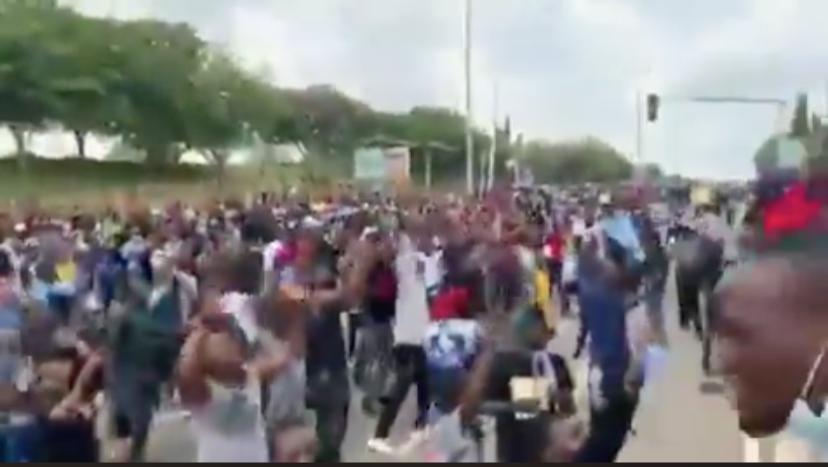 However the #EndSARS protesters on getting to the ministry kept chanting shame in unison.

In their words, “Ministry of injustice of shame”.

Recall that, the Federal Capital Territory Security Committee, has prohibited any form of #EndSARS protest in Abuja, over violation of COVID-19 rules.

In a statement released on Thursday, October 15th, the committee stated that despite the scrapping of the Special Anti-Robbery Squad by the Inspector-General of Police, the protests had continued, causing inconveniences to law-abiding citizens.

According to the committee, the #EndSARS protest endangers the lives of the demonstrators, as well as other residents of the capital territory, emphasizing that the protesters have failed to comply with COVID-19 guidelines.

Pedophile, Mathew Miller, sentenced to 600 years in prison after forcing kids to make pornographic films for him.