Groom dies in a car accident, three days after tying the knot in Delta

A Nigerian man, Rex Ebube Amatu, has died in a fatal accident, just three days after he got married to his bride. 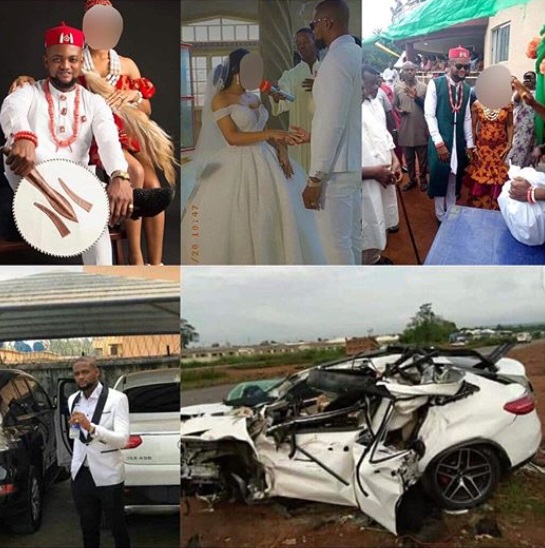 According to reports, Rex who got married on Saturday, September 5, 2020, was involved in a fatal car accident on his way back to Lagos State on Tuesday, September 8.

It was also reported that the deceased was trying to overtake a car stopped by some policemen at a police-check point when a tipper rammed into him.

Below is a video from his wedding day:

This man got married on Saturday and died yesterday on his way back from the east after the wedding…. chaiiii pic.twitter.com/1VvS3avGct