Actress Nkechi Blessing Sunday has hit back at the handler of BBNaija star, Nengi’s Instagram page, who called her out over her comment on IG.

Shortly after Nengi was evicted from the show during the finale last night September 27, Nkechi took to Nengi’s Instagram page to wish her well. She wrote

Nengi’s handler found it deceitful and called her out. According to them, Nkechi “de-campaigned” Nengi while she was in the show. They claim Nkechi went as far as calling Nengi names. They asked her to keep the same energy.

@nkechiblessingsunday But you de-campaigned her at every given point and called her names on that CMC love when all we wanted was a chance to promote Nengi. Nne!! Keep the same energy”

Well, Nkechi has fired back. See her response as posted on her Instastories below 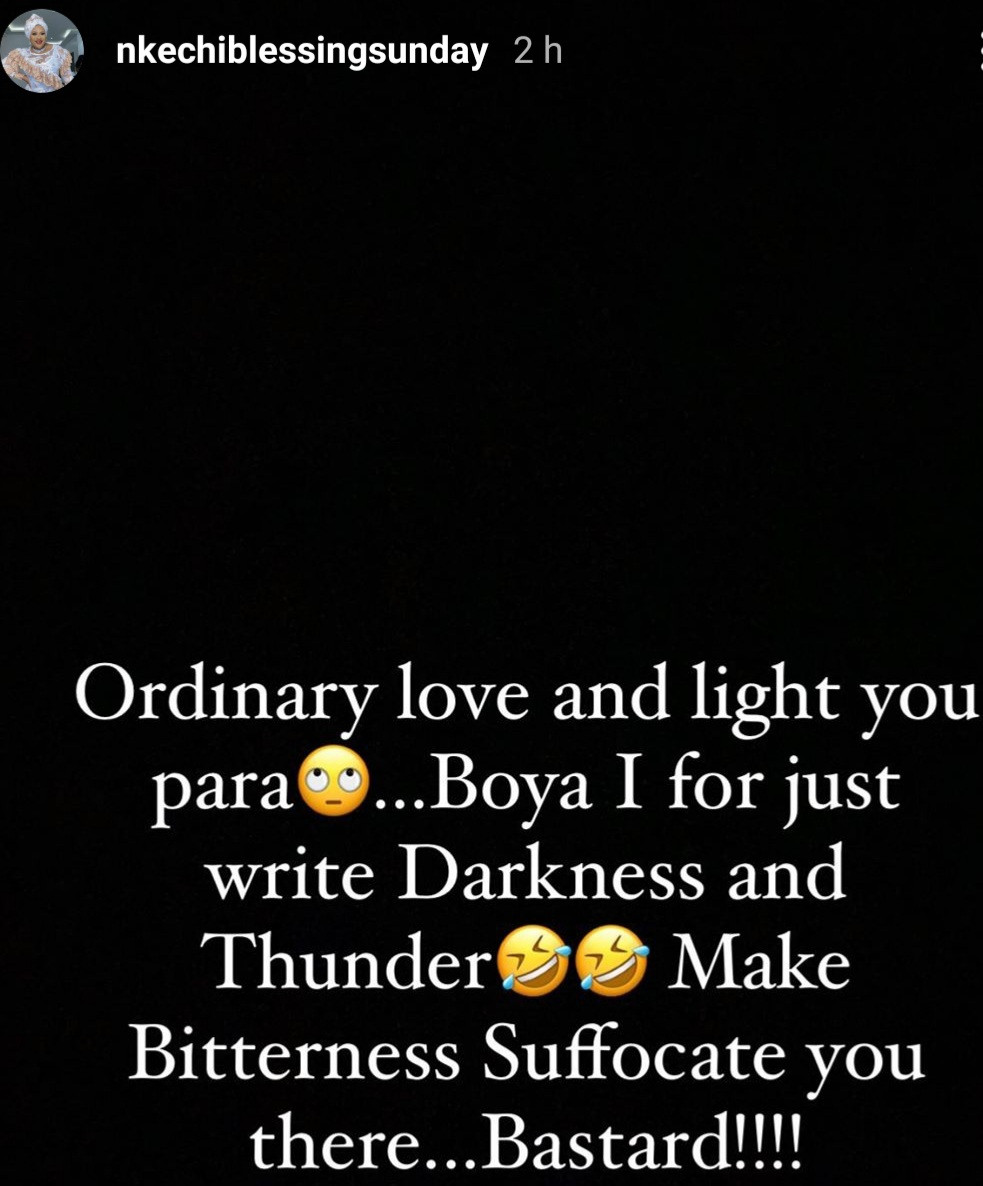 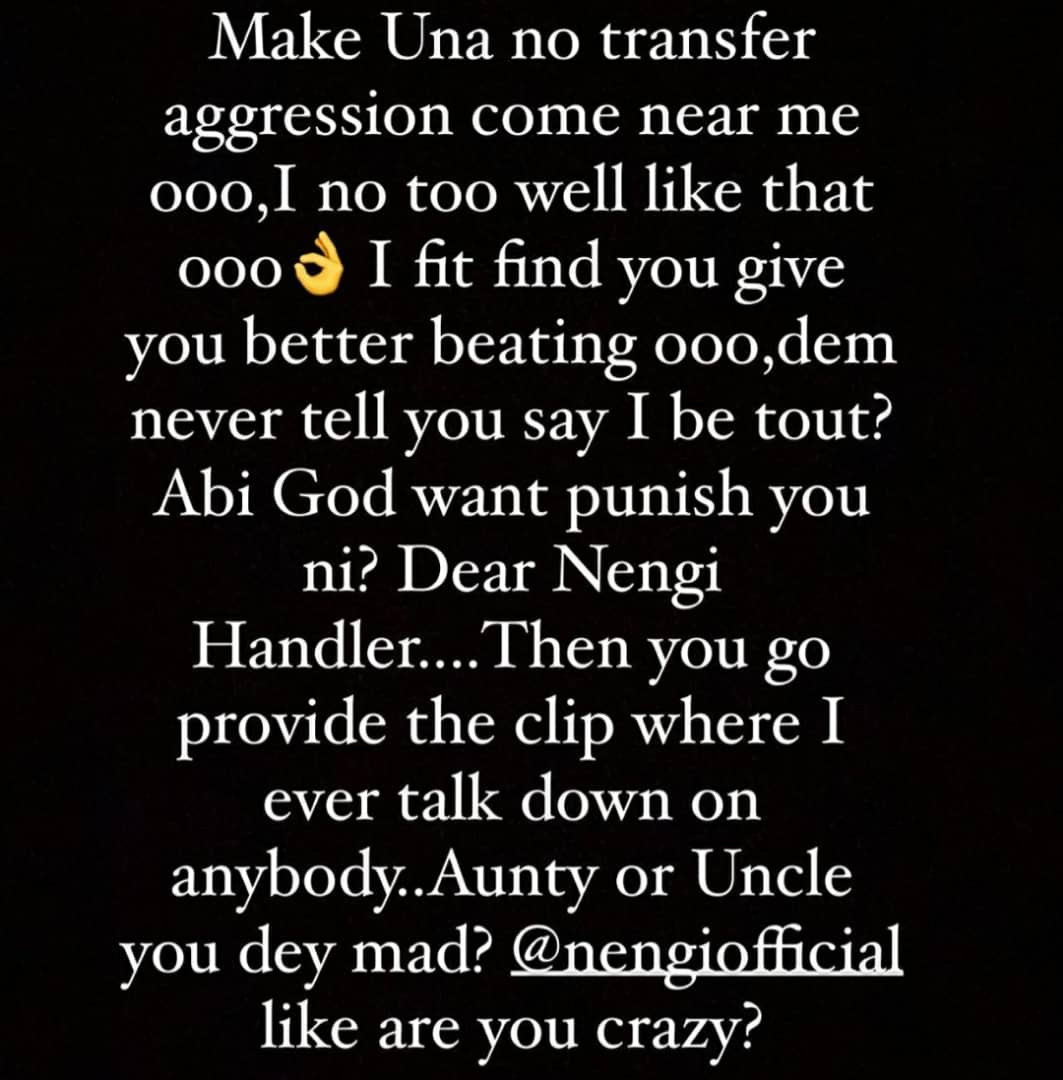