El-Rufai’s son, Bashir, posted his pre-wedding photo with his wife to be whom he called “Nwakaego”.

Bashir El-rufai, one of the sons of Kaduna state governor Nasir El-rufai, has released his pre-wedding photos to introduce his wife to the world.

“My Nwakaego and I,” Bashir captioned the photos. 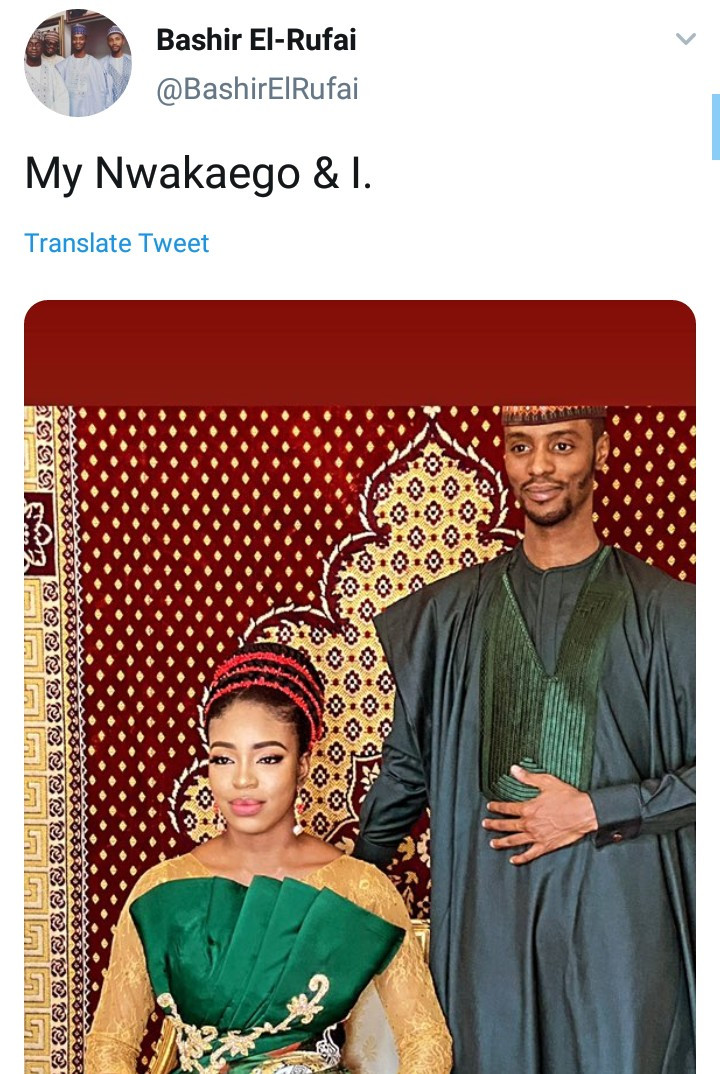 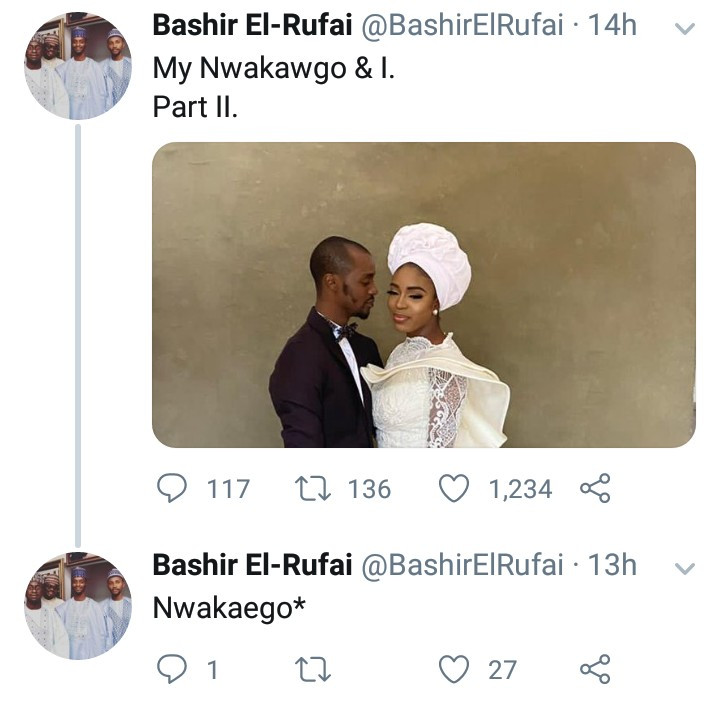 His fiancée, Halima Nwakaego Kazaure also shared photos of them together and wrote: “From total strangers in the dms, 3 years later. Seems like just yesterday. The only person that can tolerate my excesses and perfectionism. Although you drive me all the way up the wall because you are the complete opposite of who I am and I am such a control freak.” 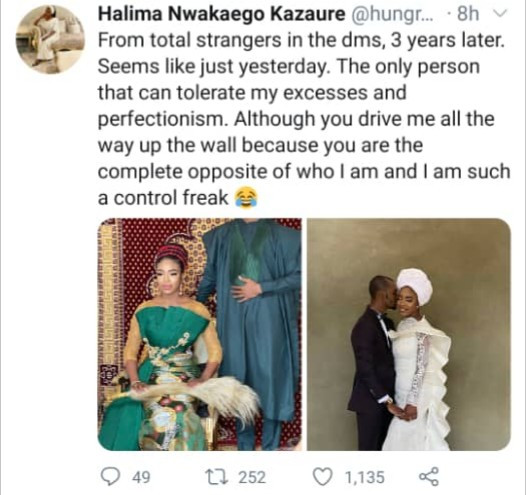 The fact that Bashir’s fiancée has an Igbo name elicited reactions from Nigerians. Some blasted him for marrying an Igbo woman despite his “stance” towards Igbo people. 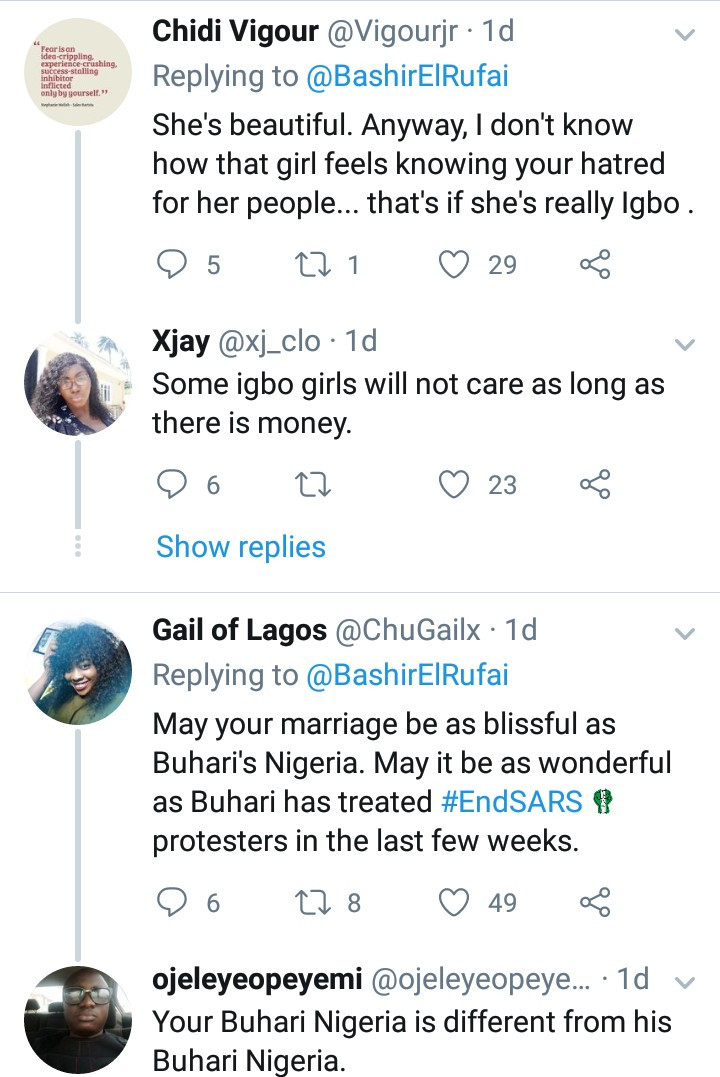 Others said it’s a plot to get the support of the people from the South-East and South-South for his father’s political ambitions.

See the reactions below. 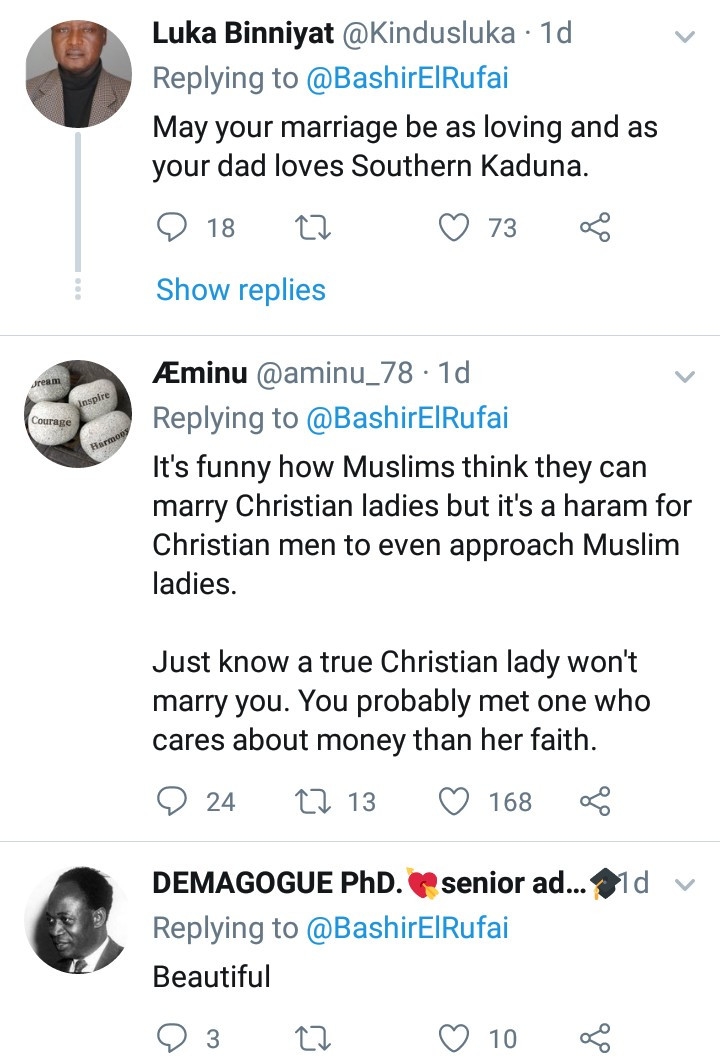 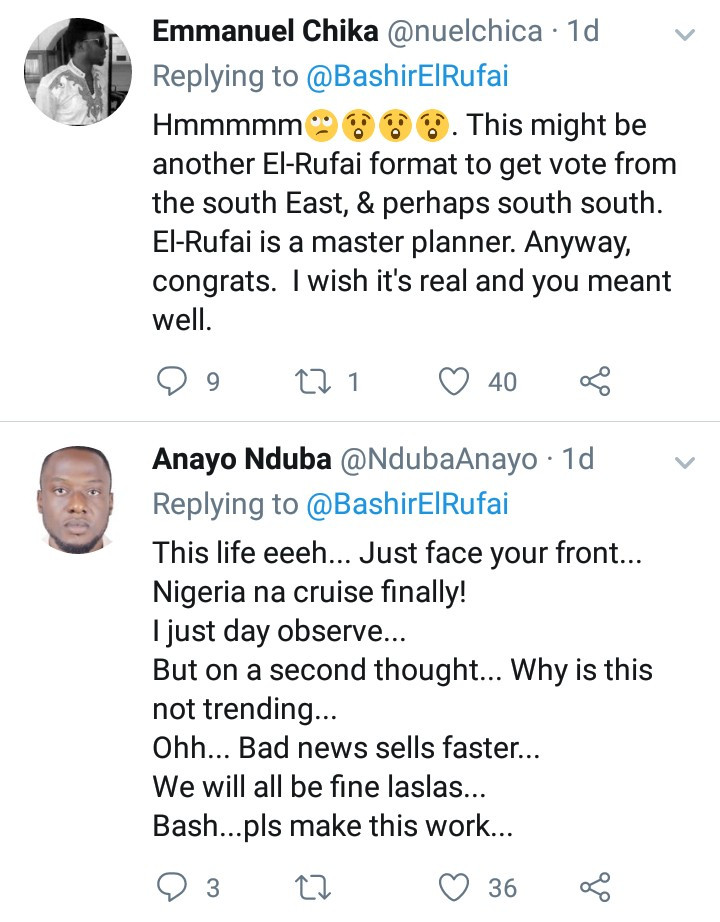 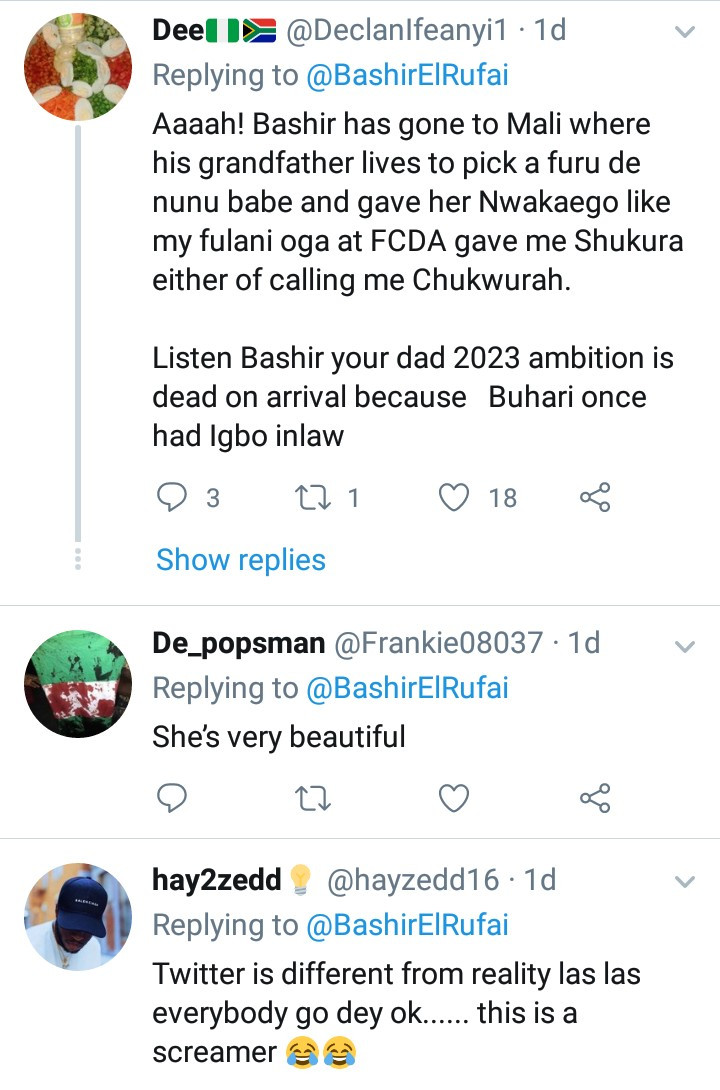 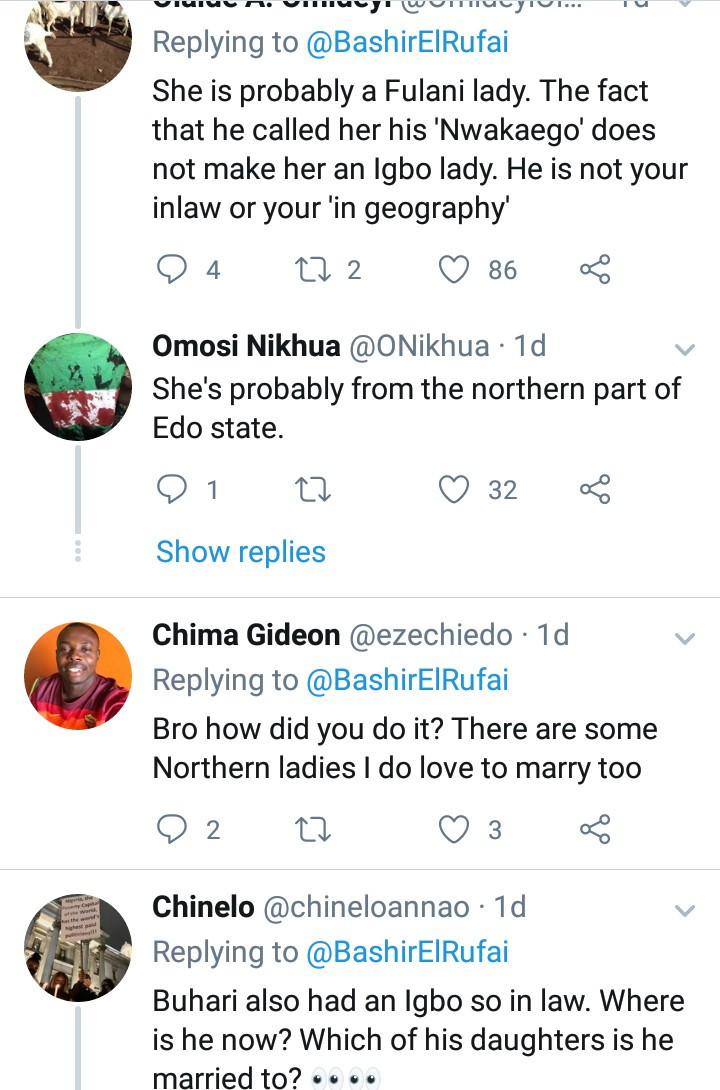