A 15-year-old girl identified as Aliyah Kuti, pictured above, has been declared missing in Lagos. 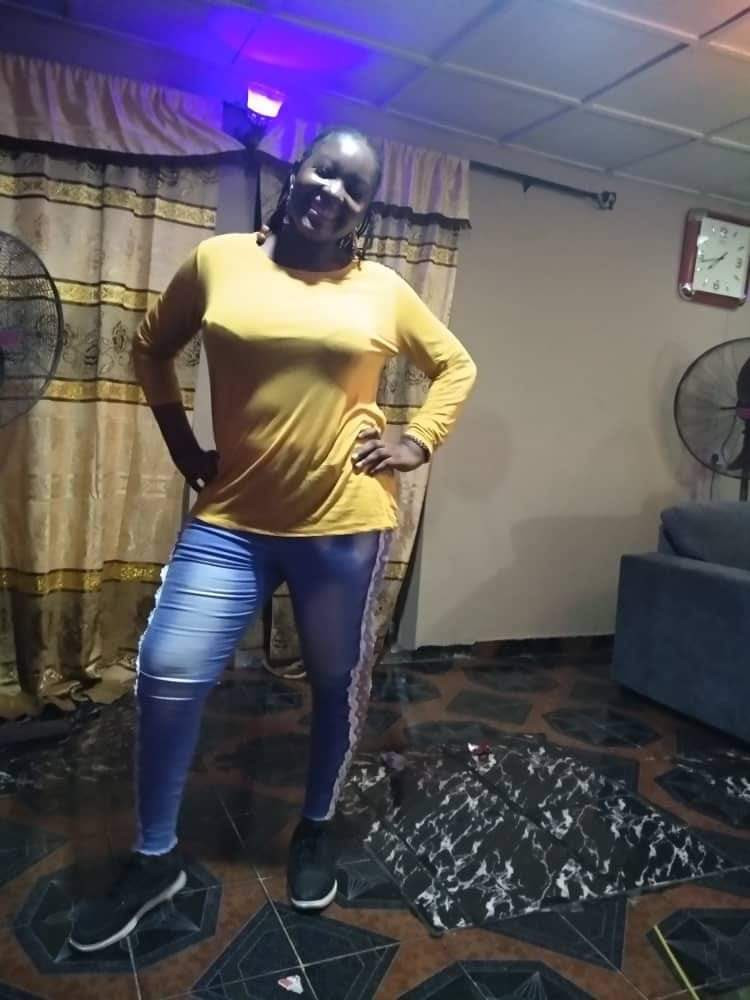 According to the aunt of the missing girl, Jumoke, who spoke with LIB, Aliyah has been missing since September 3. Jumoke said on that very day, Aliyah was sent on an errand by her parents but she refused to go and they rebuked her for her disobedience .

Ms. Jumoke said it was when she was sent on a second errand that she left their house situated at 4/6 Aliu street in Lagos Island and never returned.

She is my niece. She has been missing now for over three weeks.  Wednesday this week will make it a month.

What happened was that they sent her to go and buy something but she didn’t go. The mum and dad rebuked her for that and then they later asked her to go and get them another thing. That was the last time we heard of her.

We went to her friends because she doesn’t have outside friends apart from the ones in school. We went to meet them. We begged them. My instinct is telling me those girls know where she is. I saw them on Saturday and they were asking me if she hasn’t returned and I told them if she had come back wouldn’t they see her in school? One of them told me to go that she would soon come back when she is hungry.

This is a girl that has not left home before. We didn’t see any traces of absonding in her. She is a cool headed girl. She is not troublesome or outspoken.

The mistake the mum did was that she collected her phone. The mum said when she wanted to send her on another errand she asked her to bring the phone. When we went to report at the police station, the DPO said assuming the phone was with her, they can track her down.”

The aunt told LIB that the case has since been reported at the Adeniji Adele police station and that efforts are being made to find her. 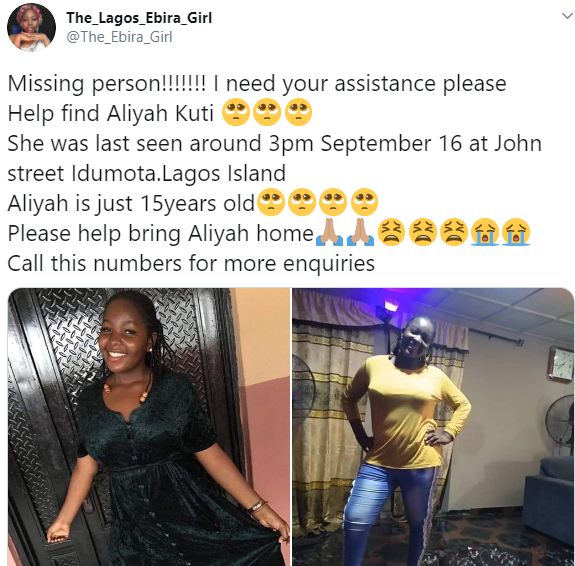