An 11-year-old girl was able to prevent a possible kidnapping after she noticed a man with his hand over a little girl’s mouth.

The 11-year-old was on her way to school in Mitcham/Colliers Wood in London, England, when she noticed the man with the girl so she immediately notified her mother and elder sister.

The women pursued the man and he pretended he knew the girl and continued walking away with her.

But the concerned women didn’t give up and they continued following him.

He finally released the girl to them and when the girl was free of him, she broke down in tears and said she doesn’t know the man. She said she was on her way to school when the man accosted her.

According to reports, “when they caught up with him, he had already had the girl perform sexual acts on him and was attempting to remove her clothes”.

CCTV footage shows the man walking up to the girl from behind and covering her mouth as she walked to school. He then forced her into a side street.

The sister of the girl who raised the alarm shared updates on Instagram. 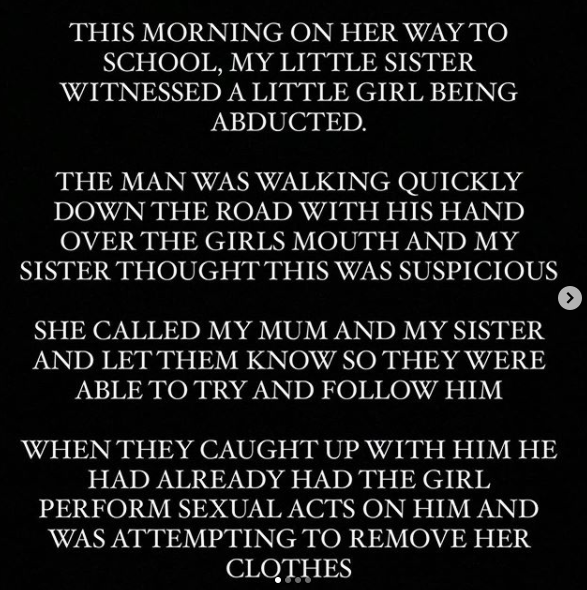 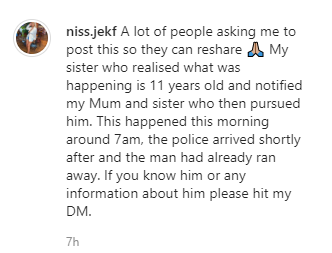 The man has been named as Kadian Nelson, 26, and the Met Police have urged him to hand himself in “for his own safety” amid reports he’s being hunted by groups of people. 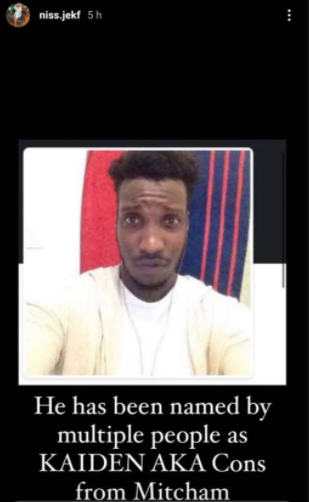 According to Met Police, Kadian Nelson is a rape suspect and is wanted in connection with an attack on a teenage girl in south-west London.

The Met Police, which earlier released an image of Mr Nelson, appealed for him to come forward. 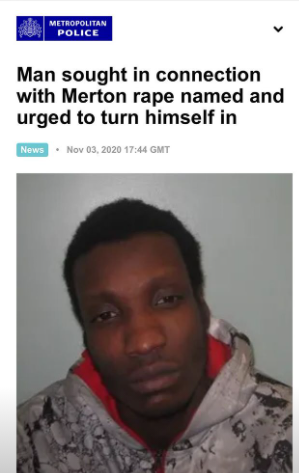 Det Supt Owain Richards also urged those “attending various addresses” in a bid to find him to “go home”.

“Do not try to take the law into your own hands or you may end up doing something you regret and potentially face police action yourself,” he said. 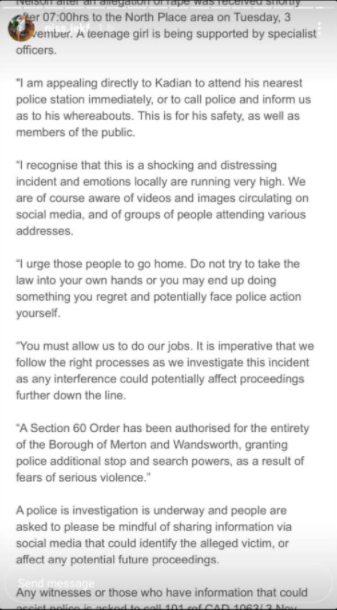 Swipe below for videos showing the incident.