“I try to make everyone happy, but none of them tries to make me smile” – Tonto Dikeh laments

Popular Nollywood actress, Tonto Dikeh, has taken to Instagram to unburden her heart. 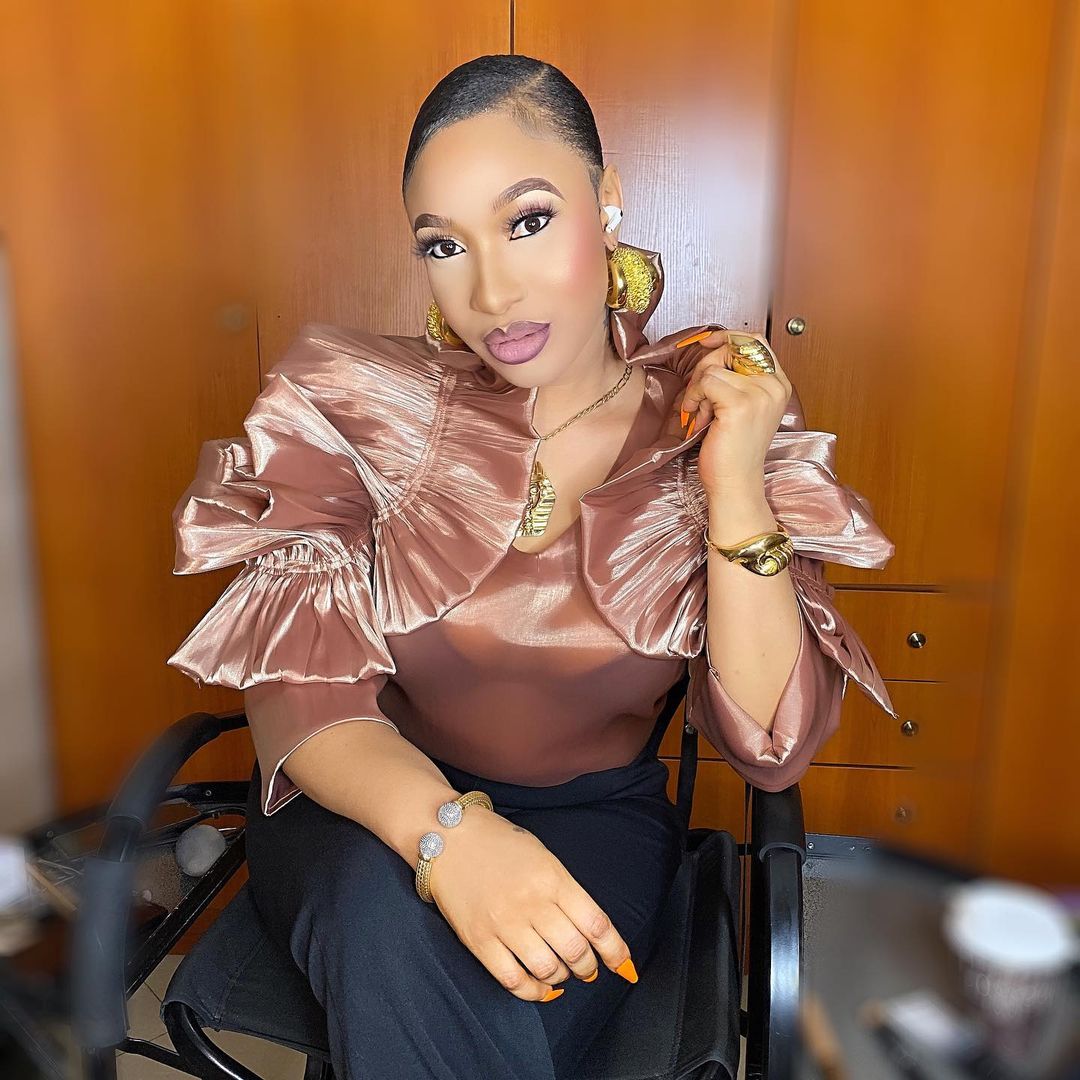 According to her, she makes effort to make people around her happy, but the gesture isn’t reciprocated. She said nobody even tries to lift a finger to make her smile.

The mother of one also enquired from her followers if they have also share the same feelings.

“I try to make everyone happy, but none of them even tries to make me smile.
Pls raise your hands if you feel this way!!! It’s well.” 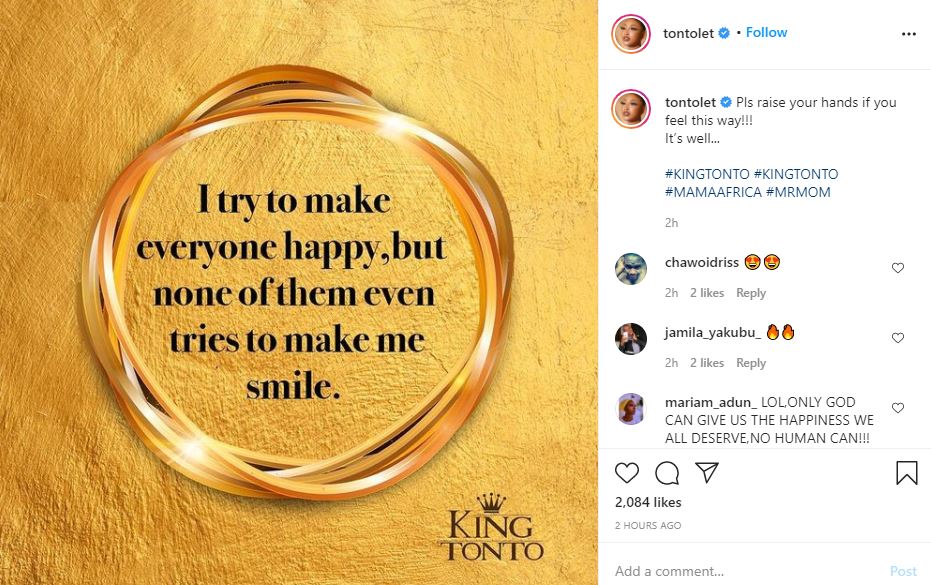 In other news, Popular Nigerian actress and mother-of-one, Tonto Dikeh, has revealed she’d get into politics in the near future.

According to a comment she dropped on her page, she hinted that she’d become a Senator of the Federal Republic of Nigeria someday.

Her disclosure is coming after she met with the Senator George Akume, the Minister of Special Duties and Intergovernmental Affairs with some CYMS delegates.

Tonto Dikeh had uploaded pictures from the event and a follower of hers took to her comment section and asked;

“Tonto do you intend going into politics someday?”, a question which she answered in the affirmative.

“You are looking at a future Senator”, Tonto Dikeh responded.

Filmmaker, Chinney Laments Over Difficulty In Getting An Apartment In Lagos, As A Single Woman