A Nigerian artist has accused police officers in Port Harcourt of brutality.

Arinze Stanley said Saturday, September 26, was his first day in Port Harcourt and he was brutalized on the same say by a police officer

The paranormal portraits artist said the alleged assault means he would likely be blind in his right eye.

He said he brought the incident to Twitter because he has reported to the police but they are allegedly trying to protect the officer who he claims assaulted him.

He wrote: “As I type this with my left eye that has only begun to function, the police man that did this hasnt been arrested.. His colleagues who were with him have refused to give out his identity. The area command that I went to report this case has done absolutely nothing!”

Read his tweets below. 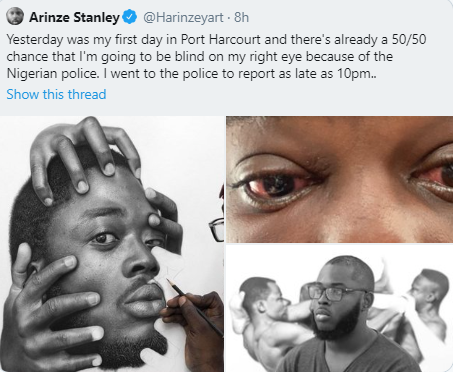 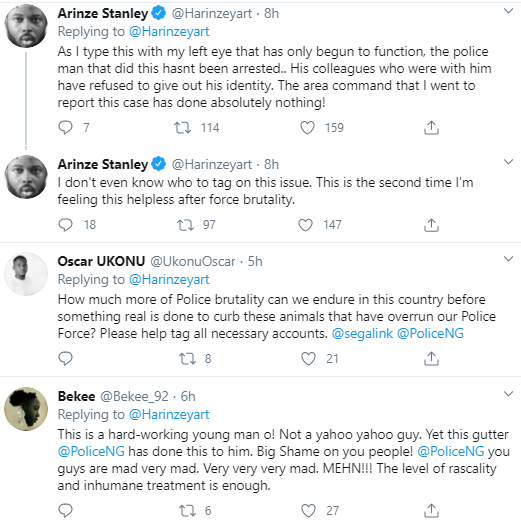