A nursing mother of twins is in agony as one of her breasts is decaying allegedly after she was bitten by a man.

The 21-year-old woman named Precious from Nkanu East in Enugu state was reportedly bitten on her breast by her paternal uncle named Joseph Onu after he attacked her when she was on her way to a nearby store.

The incident reportedly happened on September 11 in their hometown. Since then, the wound has refused to heal and the skin around her breast has turned purple and is now decaying.

To make matters worse, the smell oozing from her breast has made breastfeeding her 9-month-old twins impossible.

It was alleged that the uncle who attacked her boasted that nothing will be done to him and he has been walking free.

Read tweets narrating the incident below. 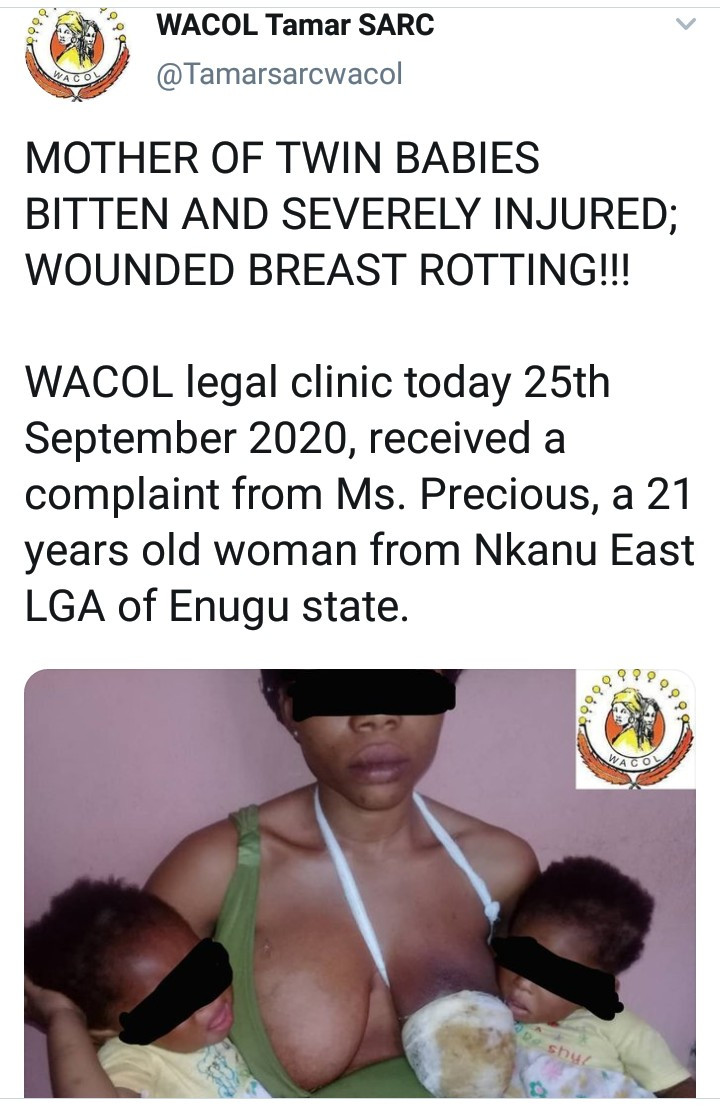 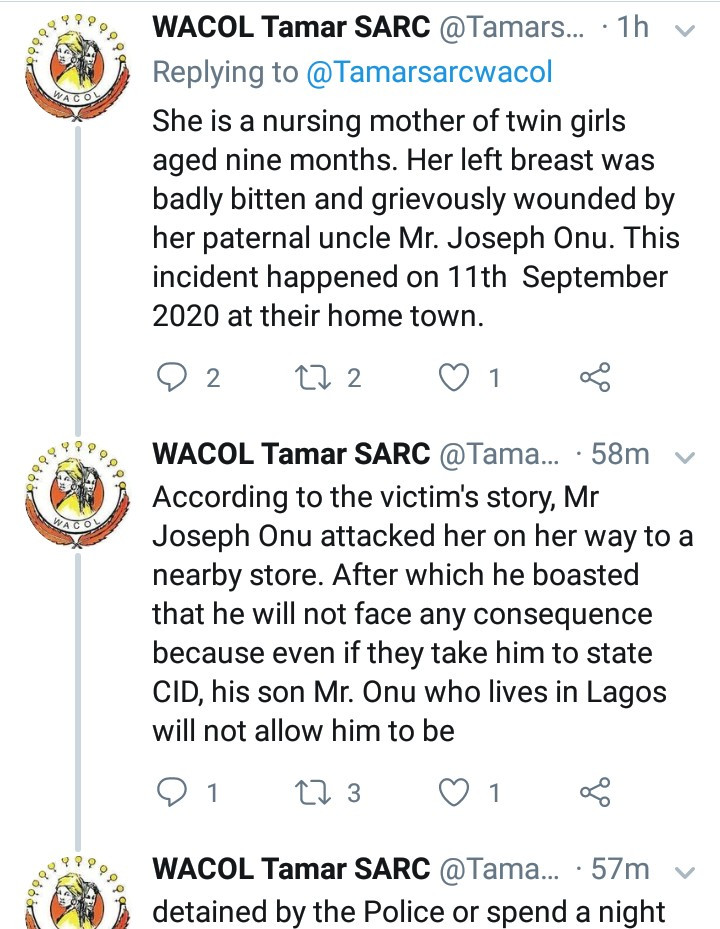 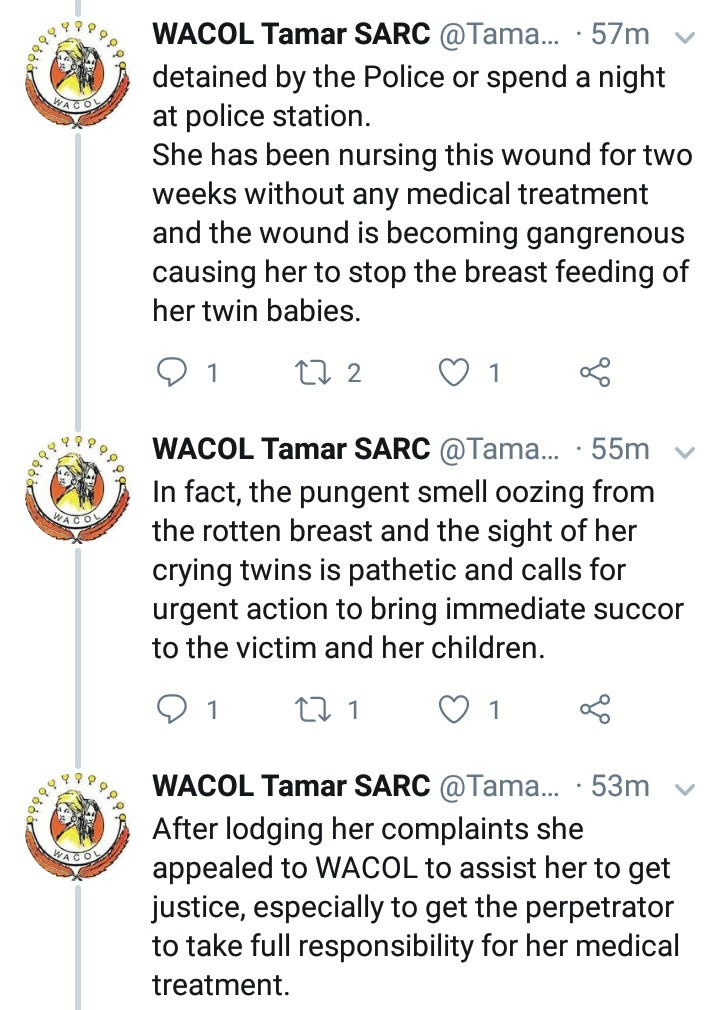 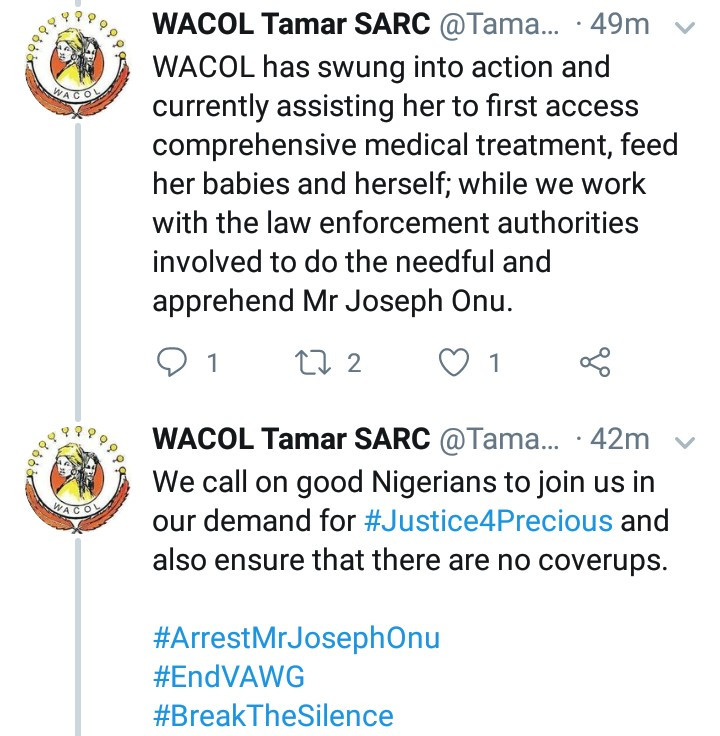