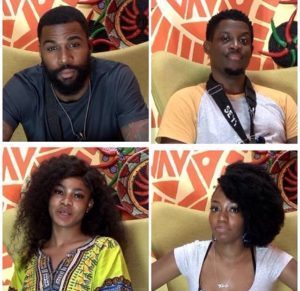 Housemates, Khafi Kareem, Mike Edwards, Tacha Akide and Seyi Awolowo are up for possible eviction. The list was announced on Monday night in the ongoing BBNaija season four.

For the 11th week, Biggie continued with the process of populating the eviction nomination list as housemates did the nominations.

Mike Nominated Omashola and Tacha, Ike Nominated Diane and Khafi, and Elozonam put up Frodd and Tacha for Eviction. Finally, Diane nominated Omashola and Mike while Cindy nominated Diane and Ike for Eviction. At the end of nominations, Khafi, Mike, Tacha and Omashola were put up for possible eviction. However, Omashola used his veto power to replace himself with Seyi. Nominated housemates consists of two former heads of House, Seyi and Khafi. Also, Mike and Tacha have polled impressive votes when previously nominated. NAN reports that nominated housemates will learn their fates on Sunday, Sept. 15 as fans scramble to vote for them. 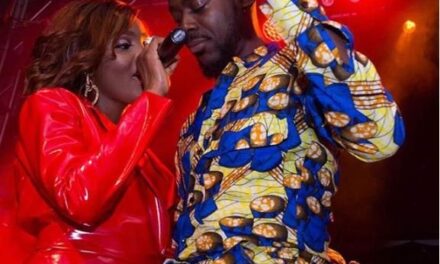