Police man who got scammed by a fellow police officer who is his friend, gets $1 million gift from a group of lawyers

A group of lawyers have compensated a heroic 9/11 New York police officer with a $400,000 check after he was scammed out of a $1 million compensation fund check by a friend and fellow cop.

John Ferreyra, a Cancer survivor, fell ill after working on the toxic pile at Ground Zero after the 2001 World Trade Center attack.

He was supposed to be compensated with $1m but was scammed by a former NYPD friend and colleague turned attorney.

The  scammer now faces up to 10 years in prison at his Feb. 5 sentencing according to the NY Daily News.

Ferreyra was presented Thursday, December 3, with a $400,000 check by the New York State Lawyers Fund according to the NY Daily News.

Later it was found that Vila (pictured below)was actually disbarred for a grand larceny conviction in 2015, the year before the check to his old friend arrived. 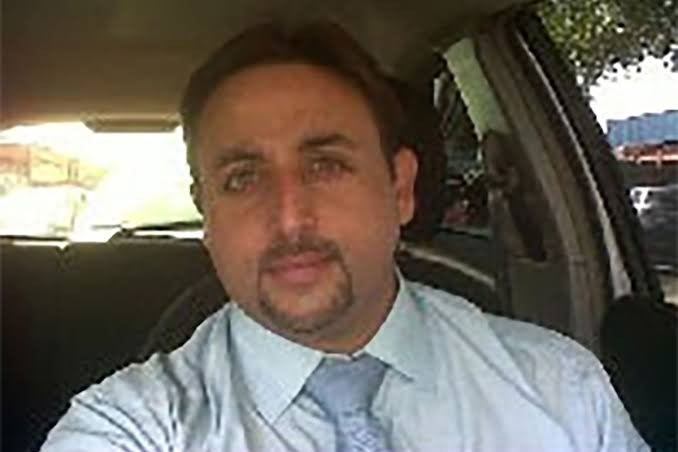 Ferreyra contracted non-Hodgkin’s lymphoma as a result of his exposure to Ground Zero toxins and went through years of treatment, chemotherapy and radiation, surgeries, a stem cell transplant, and more.

Ferreyra endured incessant rounds of cancer treatment, from multiple surgeries to chemotherapy, from radiation to a stem cell transplant, in the years after he was diagnosed.

Ferreyra, who is a father of two girls said Vila a friend he had known for ages continued lying to him until January 2020 and never offered an apology for the scam.

“I am both humbled and grateful to finally receive (nearly) half of the award that was given to me for my disabling 9/11 illness,” said Ferreyra, diagnosed in in 2005 with non-Hodgkins lymphoma.

“It is my hope that no other member of the 9/11 community, or anybody else, ever has to experience what my family and I went through.”

The lawyers’ fund provides financial assistance for clients victimized by unscrupulous attorneys like Gustavo Vila, who pleaded guilty to stealing 90% of his friend’s payout from the Sept. 11 Victim Compensation Fund. The lawyer and Ferreyra became close when Vila was working his way up through the NYPD ranks, eventually becoming a lieutenant and advisor to Police Commissioner William Bratton.

Vila pleaded guilty in Court in October, four years after his friend’s check from the 9/11 fund arrived and seven years after he took on Ferreyra’s case.

“It’s inexcusable to steal from anyone, but to target and prey upon a 9/11 hero in this way is a despicable betrayal not of just John Ferreyra but of all those who have sacrificed their health and lives working to rebuild following the attacks,” said 9/11 survivors advocate John Feal.

Feal presented the $400,000 check to Ferreyra along with the victim’s attorney Michael Barash, whose firm has represented thousands of first responders.

“I could simply not stand by when I heard John’s devastating story, realizing he was being victimized again,” said Barash.

“This was a betrayal of trust, plain and simple.”

“Passengers must arrive airport 3 hours before flight time if flights are going to reopen”: FAAN

31-year-old Nigerian, Adeoye Owolewa has been elected to the United States Congress making him the first Nigerian to get there