A medic took to Twitter to reveal an issue he’s having at work.

He explained that a curious woman brought drugs to the clinic to ask what it’s used for because her husband uses it daily but says it’s his ulcer medication.

He added that the woman has been losing weight recently and that makes her even more curious.

The medic said the drugs turned out to be HIV drugs.

Twitter users advised him to tell the woman, but some opined that the husband has the right not to inform her about his HIV status and they advised the medic to just get the woman tested for HIV.

The medic said he wanted to test the woman for HIV but the clinic he works in is out of HIV test kits.

Read his the tweets and replies below. 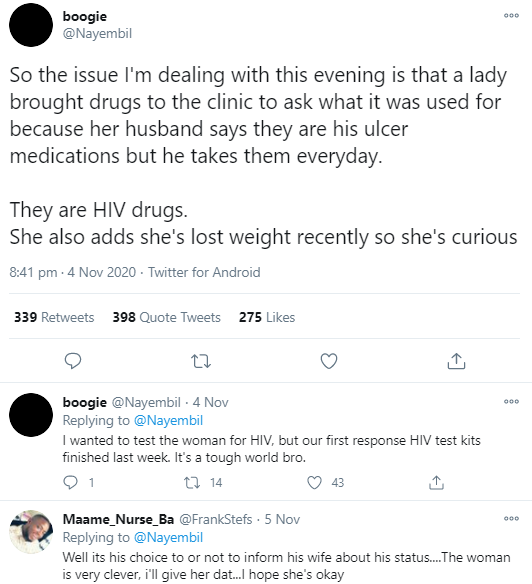 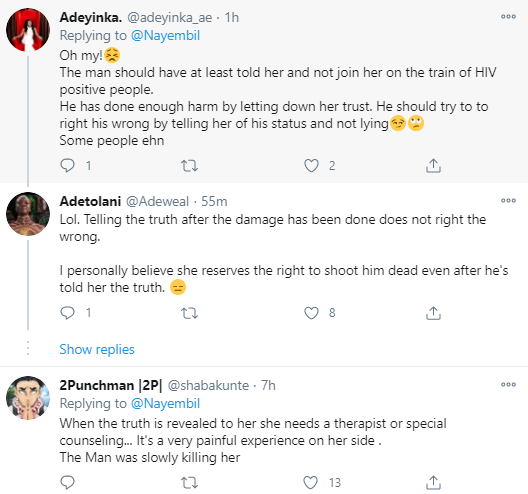