Adamma, a Nigerian lady has emerged the best graduating student of a Malaysian university, after writing her master’s thesis on popular Nigerian politician, Dino Melaye. 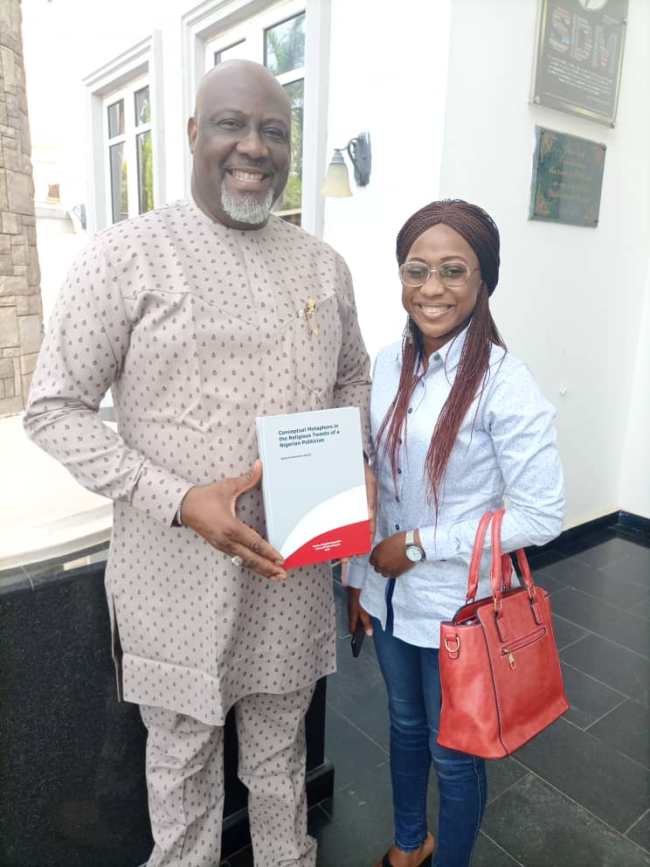 Dino who was delighted by the lady’s achievement took to his Twitter page to share the news on Tuesday, November 23rd.

“Adamma is the lady who wrote her master’s thesis in a Malaysian University on the Religious tweets of Sen. Dino Melaye. Graduated as best graduating Student.”

However this has sparked reactions on social media, as netizens took to the comment section to air their thoughts.

“Such a topic made sense in Malaysia because senators in that country are sensible and patriotic human beings who better lives of their people but here in Kogi state University it will be seen as an insane topic bcos senators here are gangsters, criminals, who wallow in greed.”

“A smart one? Spending such precious energy writing on a Nigerian senator? Well I would like to read her conclusions on such a topic. Smartness to me is that which is able to add value to lives.”

Adamma is the lady who wrote her masters thesis in a Malaysian University on the Religious tweets of Sen. Dino Melaye. Graduated as best graduating Student. pic.twitter.com/PDHeZzbmNp

Breaking: 6 conditions for reopening of schools and varsities

JUST IN: President Buhari’s Daughter In Self-Isolation After Returning From UK