A whistleblower has exposed the horrific abuse and discrimination he allegedly uncovered in a Chinese company operating in Nigeria.

The Twitter user said the company located in at Umuahala, Obuzor Asa, in Ukwa West LGA of Abia State, is managed by Chinese while most of their workers are Nigerians.

However, he said the Nigerian staff are made to work under the most “dehumanizing conditions ever known to mankind”.

He reported that every Nigerian staff is expected to call every Chinese staff “Master or Mistress”.

He added that “male Nigerian workers are physically assaulted, while their female counterparts are sexually assaulted without any consequence.”

When a Nigerian staff errs, the Chinese staff allegedly employ the services of Nigerian soldiers to discipline them mercilessly. 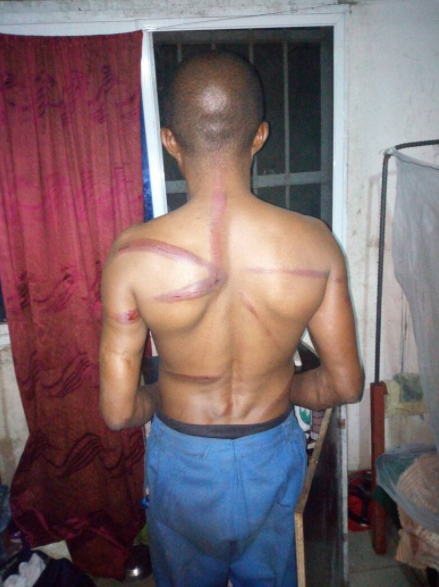 He added that the government of Abia State is fully aware of the abuse but chose to remain silent.

He said the company “has Abia state government in it’s armpits in the name of ‘Employers of labour’. They bought over the @PoliceNG & the @HQNigerianArmy around them with bribes. They now detect to the Army & police how to treat & oppress Nigerians, who are their employees.”

He said the Chinese employers “boast of killing” their staff and “getting away with it.”

He added: “Nigerians are treated worst than second class citizens. The Chinese treat their Nigerian employees as lesser humans in their own soil.” 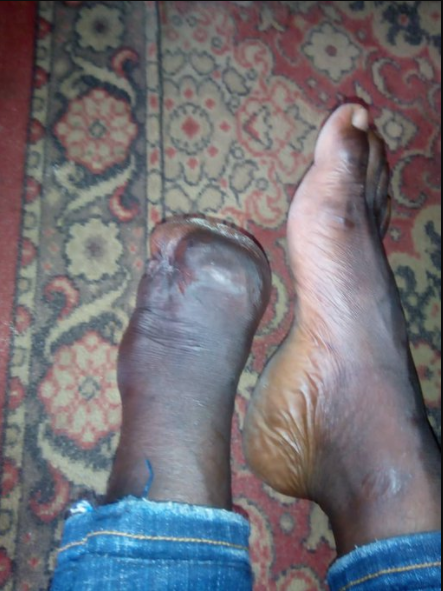 There is also segregation in the company. Nigerians have their own shabby canteen while the Chinese have a better restaurant where they have lunch.

He also shared footage of the pathetic accommodation provided for Nigerian staff within the premises.

He wrote: “Workers are camped in a prison like accommodation provided by the company.”

He added: “It is truly heartbreaking to see what fellow Nigerians, are reduced to. Because of government insensitivity, and the high rate of unemployment. Chinese now feel they are doing us favour, by treating Nigerians as slaves in our own country, in the area of employment.”

Below are his tweets and videos. 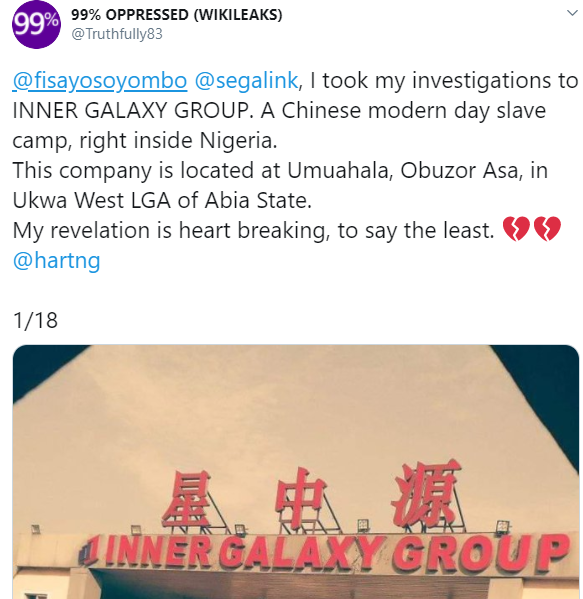 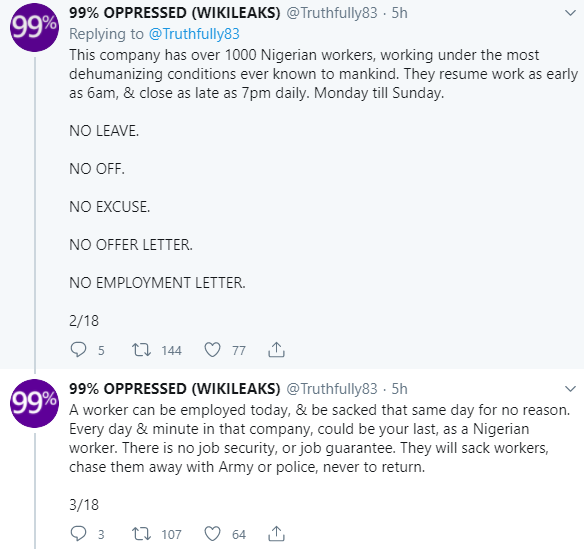 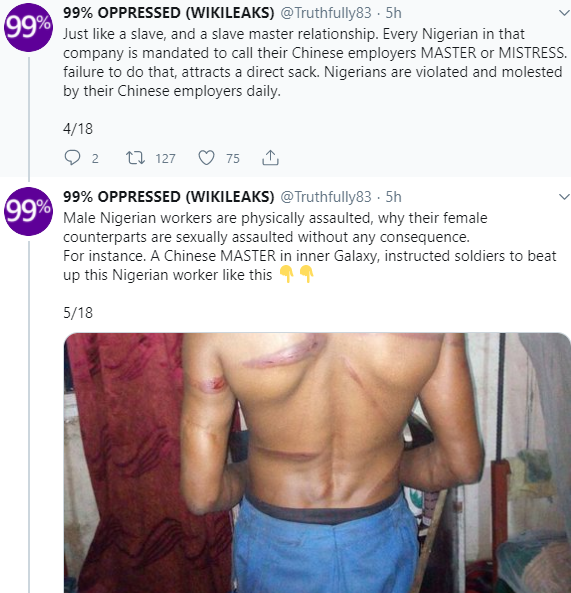 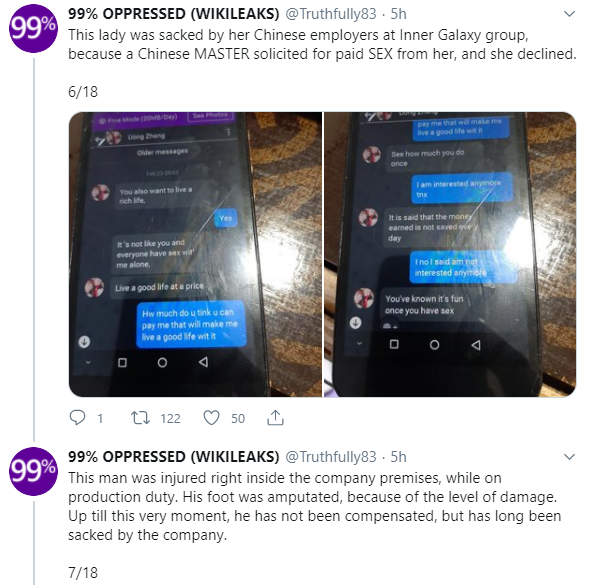 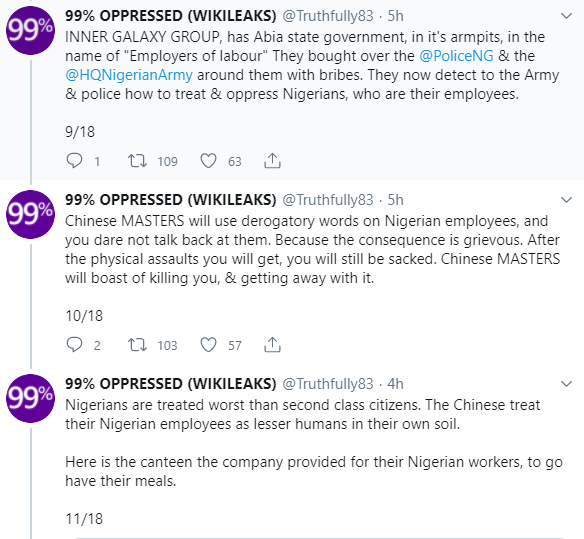 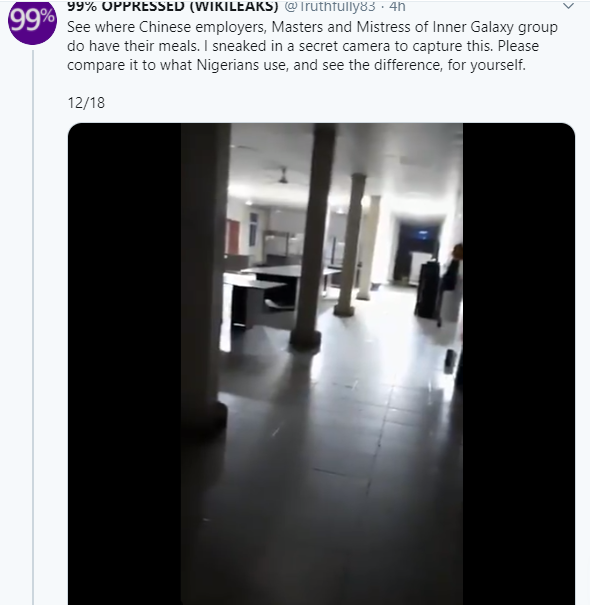 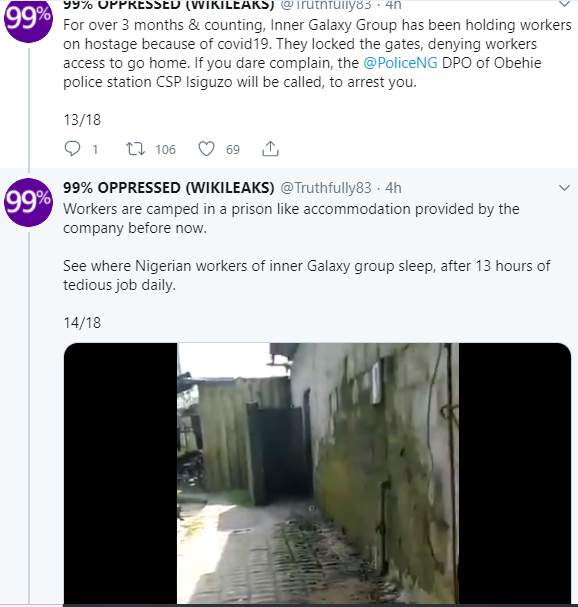 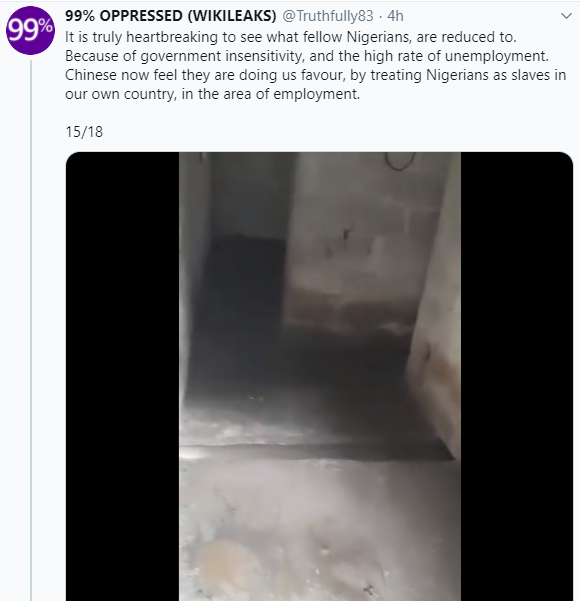 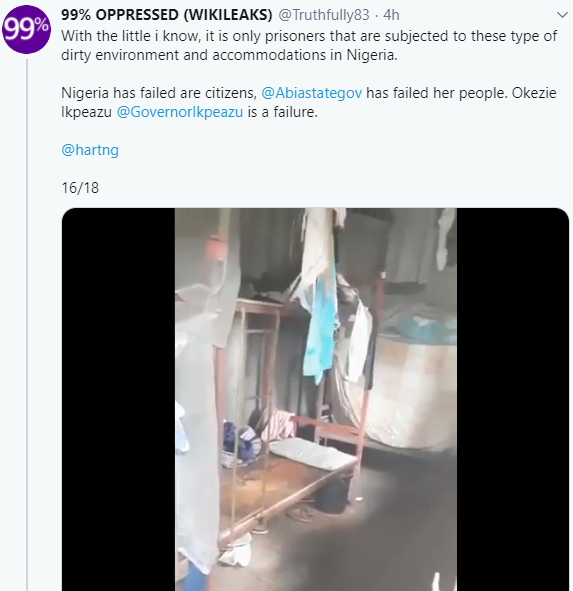 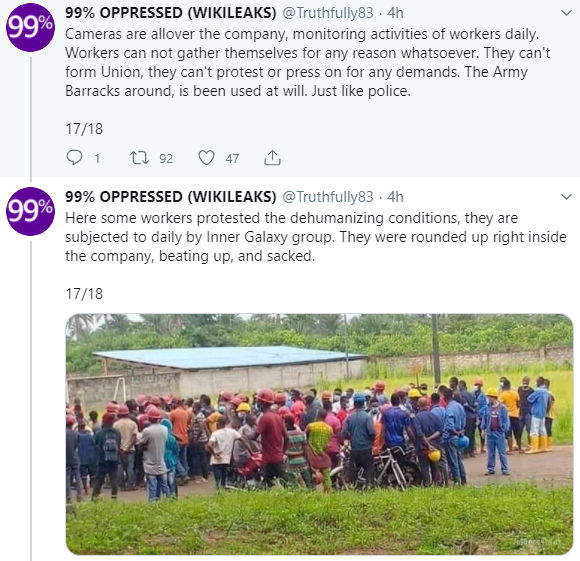 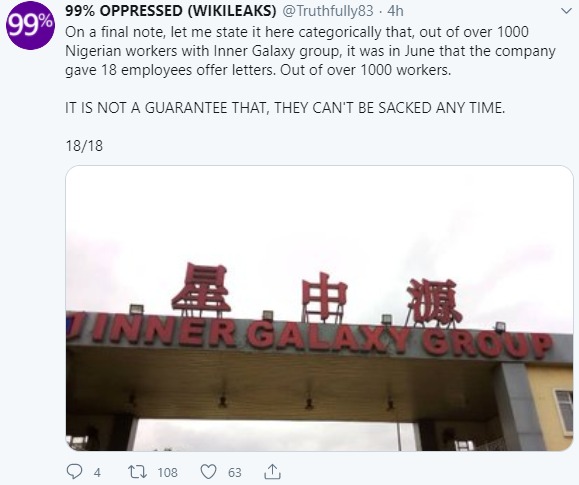 Watch the videos below.

Chinese MASTERS will use derogatory words on Nigerian employees, and you dare not talk back at them. Because the consequence is grievous. After the physical assaults you will get, you will still be sacked. Chinese MASTERS will boast of killing you, & getting away with it.