Not up to a week after he was been called to ‘Bar’ and becoming a certified Lawyer, Nollywood veteran, Kanayo O Kanayo is grateful to God again for the completion of a successful surgery. 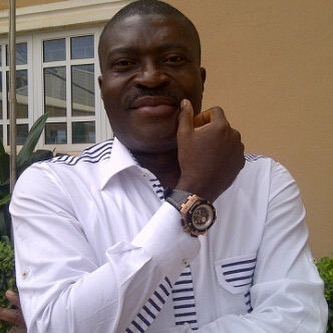 The actor took to his official Instagram page to share the news with his followers, asking them to join him in thanking for a successful nasal surgery.

Sharing a video of himself being whisked away in a surgery bed, the actor wrote,

Thank God for a successful Nasal Surgery Today! Join me in thanking God!

Here’s the video he shared below,

Thank God for a successful Nasal Surgery Today! Join me in thanking God!

Kanayo O Kanayo had nursed the dream of becoming a lawyer since he had his first degree in the early 1990’s and almost three decades later, that dream finally became reality.

He recently took to to his social media page to make the announcement as he shared a photo of himself adorned in his official robe and wig with the caption,

To God be all the Glory. You can now address me as Anayo Modestus Onyekwere, Esq, MFR ( Barrister And Solicitor of the Supreme Court of Nigeria)

Game Of Thrones star and World’ Strongest Man Champion, Hafthor Julius Bjornsson and “The Mountain” and his wife Kelsey Henson announce the birth of their first child