“We need to also cleanse the entertainment sector” – Actress, Ani Amatosero cries out

Nollywood actress, Ani Amatsosero has pointed out the need to cleanse the entertainment industry, amidst the call for police reform. 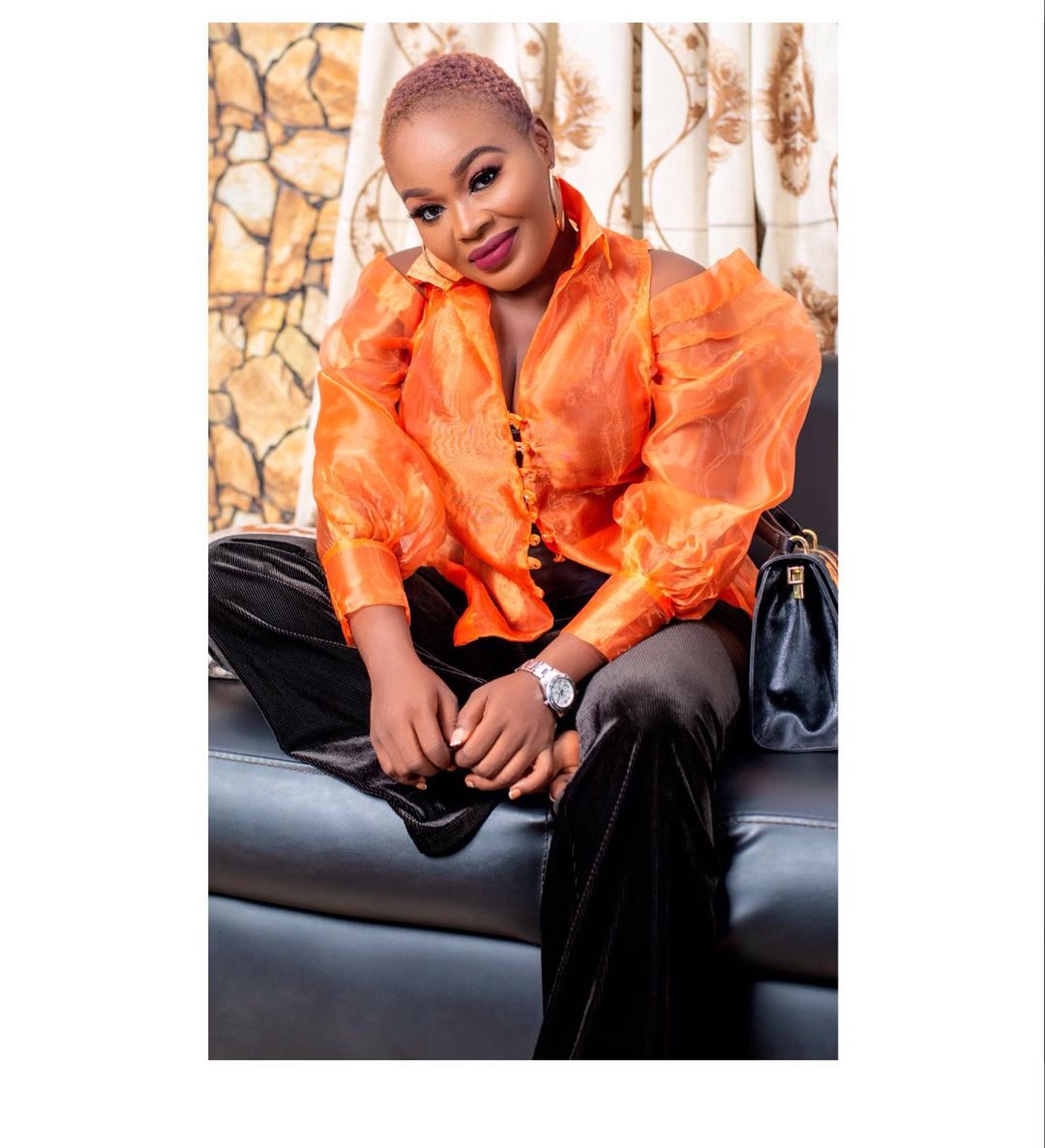 The actress who highlighted various corrupt act peculiar to the entertainment industry, likened perpetrators of the evil acts to SARS and insist “they should be ended”.

Amatosero who emphasized on the need to also reform the entertainment industry disclosed that some movie directors ask for sex before giving acting roles.

“If you are a DIRECTOR, and you ask for sex before giving roles, you are worse than SARS.

“If you are a PRODUCER, and you owe your casts and crew and you refuse to pay, you are worse than SARS.

“If you are an ACTOR, and you scheme your way to hijack a role from your fellow actor, some will tell their marketer boyfriends names of people that will not be in the job, then your name is SARS.

“If you are a PM/Director/Producer and you tell people to register under your company( after registering in AGN) and you don’t give them good jobs, you are Daddy/Mummy SARS.

“We need to also cleanse the ENTERTAINMENT SECTOR”. 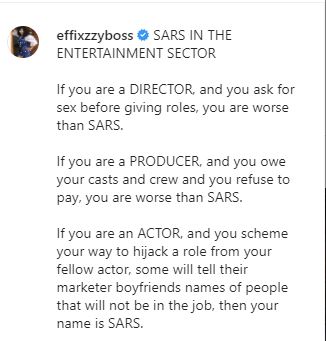 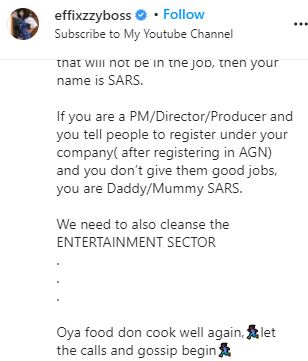 ”You will marry a rich guy” – Young Boy Writes His Sister After She Sent Him Money.

“Love used to be blind, but now it looks at your pocket, family status and bank account” – Actress, Nazo Ekezie