Ngozi Okonjo-Iweala was slated to be the new Director-General of the World Trade Organization. However there has been an unexpected glitch in the process.

In a last ditch move, the United States representative at World Trade Organization took to the floor to insist that South Korea’s candidate remained a contender, and that Washington will not recognise Okonjo-Iweala as the consensus candidate for appointment as director-general.

In response to this, the General Counsel has postponed its announcement of the new Director-General until a further meeting, which is scheduled for 9 November; after the US presidential elections.

A panel at the WTO recommended her today for the position.  She would be the first woman, and the first African, to lead the institution.

She had won the support from the vast majority of member states, including the EU, Japan and China, but not the United States. 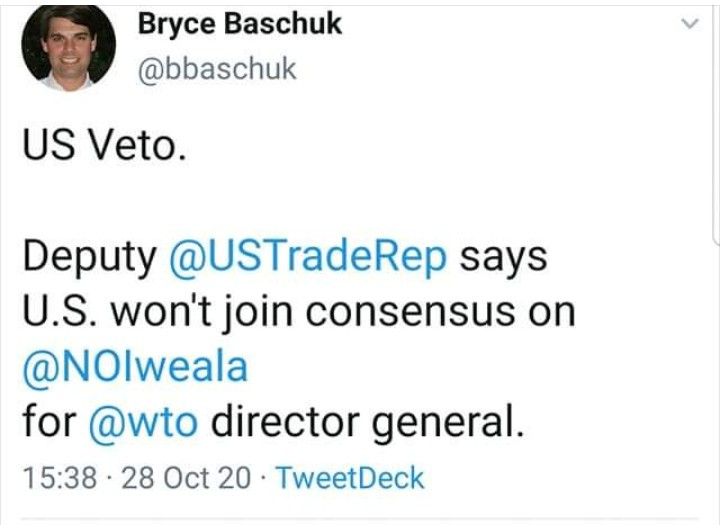 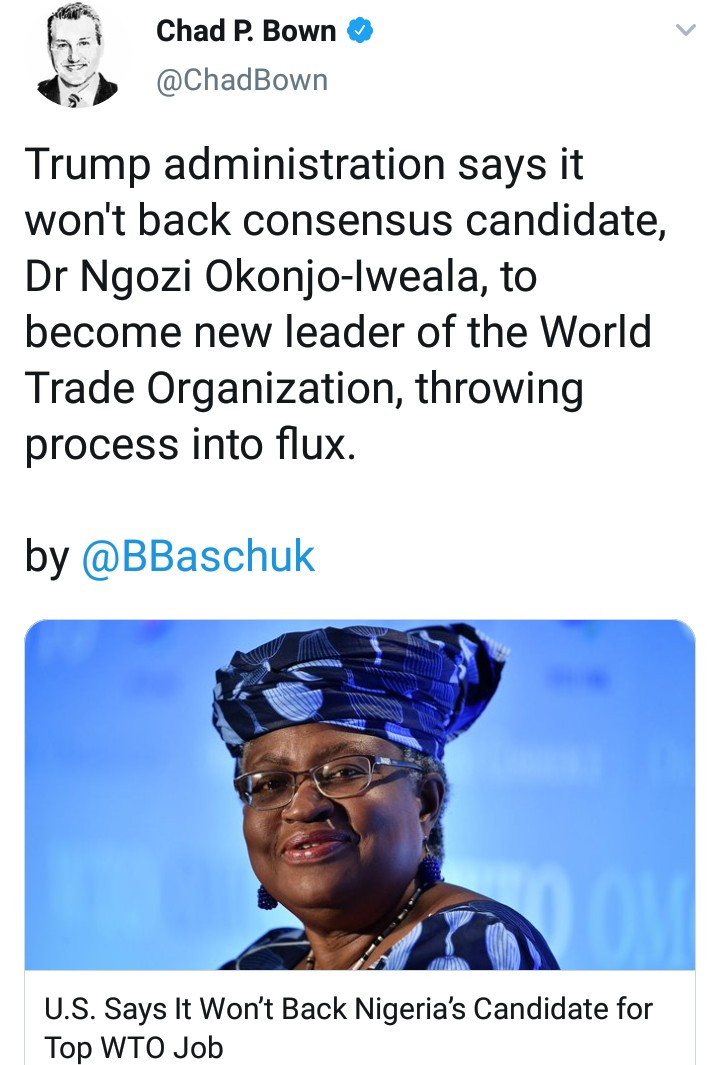 Meanwhile, in a tweet after the head of delegates meeting on Wednesday, October 28, in Geneva, the WTO said Ngozi Okonjo-Iweala has the best chance at getting a consensus.

After the meeting WTO spokesperson Keith Rockwell said: “the candidate that had the best chance of attaining a consensus of the membership is Dr. Ngozi Okonjo-Iweala of Nigeria. Consultations on the way fwd will start immediately”. 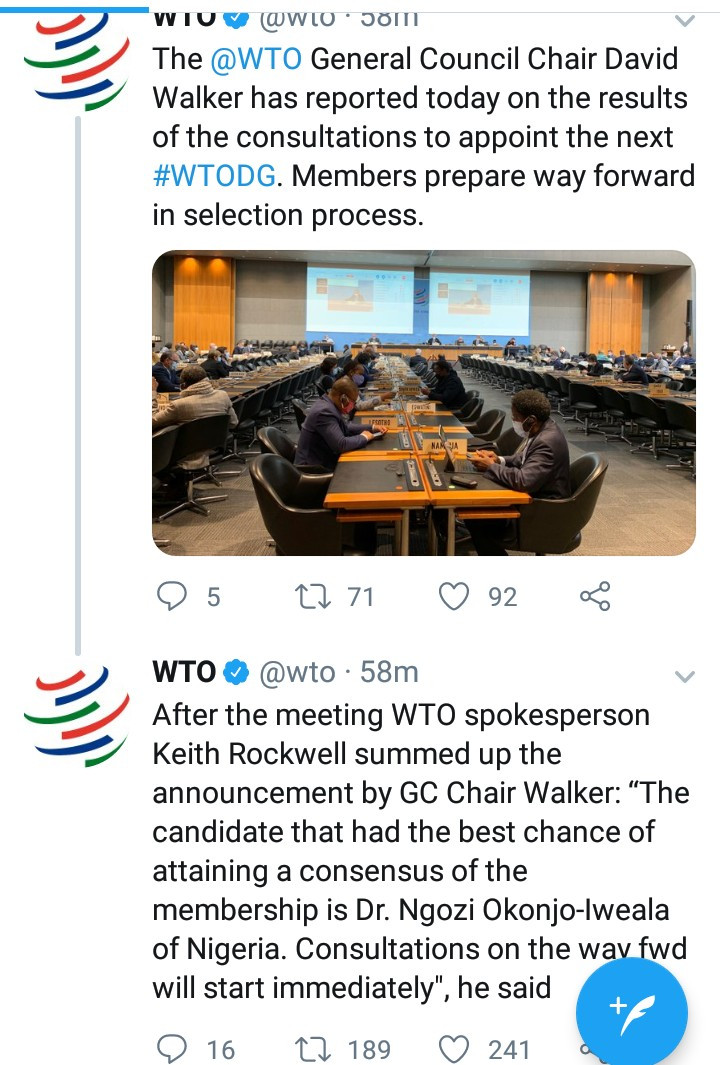 Instagram Celebrity aka Bitcoin Lord, & 13 Others Arrested By EFCC For Internet Fraud