According to reports, the kidnappers invaded the church as some of its members were rehearsing over the weekend and took away over three people.

The kidnappers allegedly descended on the area, shooting discriminately to frighten off bystanders before forcefully taking away the victims to an undisclosed location.

Joseph Omuya Salami, Chairman of the Adavi Local Government Council, confirmed the situation to newsmen on Monday evening through Habeeb Jamiu, his Special Adviser on Media and Publicity.

According to him, the chairman had visited the scene with the Osara Division’s Divisional Police Officer (DPO) since the incident.

Habeeb Jamiu went on to say that the council was working with local security officers to ensure that the victims were rescued safely.

As of press time, CSP Williams Ovye Aya, the Kogi State Police Public Relations Officer, had yet to comment on the incident. 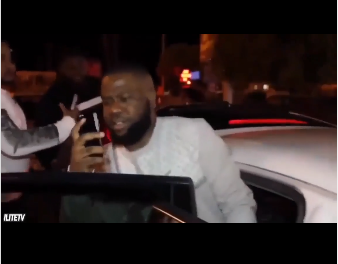 “I won’t allow a repeat of #EndSARS protests” – President Buhari