Popular Nigerian singer, Duncan Mighty has been called out for allegedly assaulting a tanker driver in Port Harcourt. 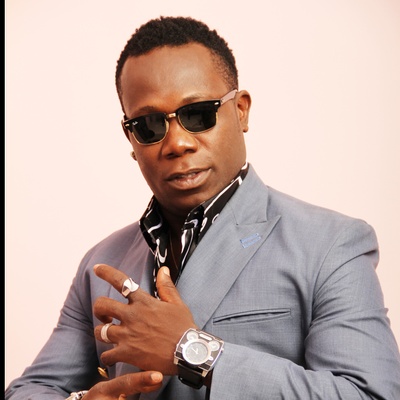 According to a Facebook user, Ndubueze Obodowhuo who made the allegations on the platform , the singer struck the driver’s head with a traditional staff(Elephant tusk). 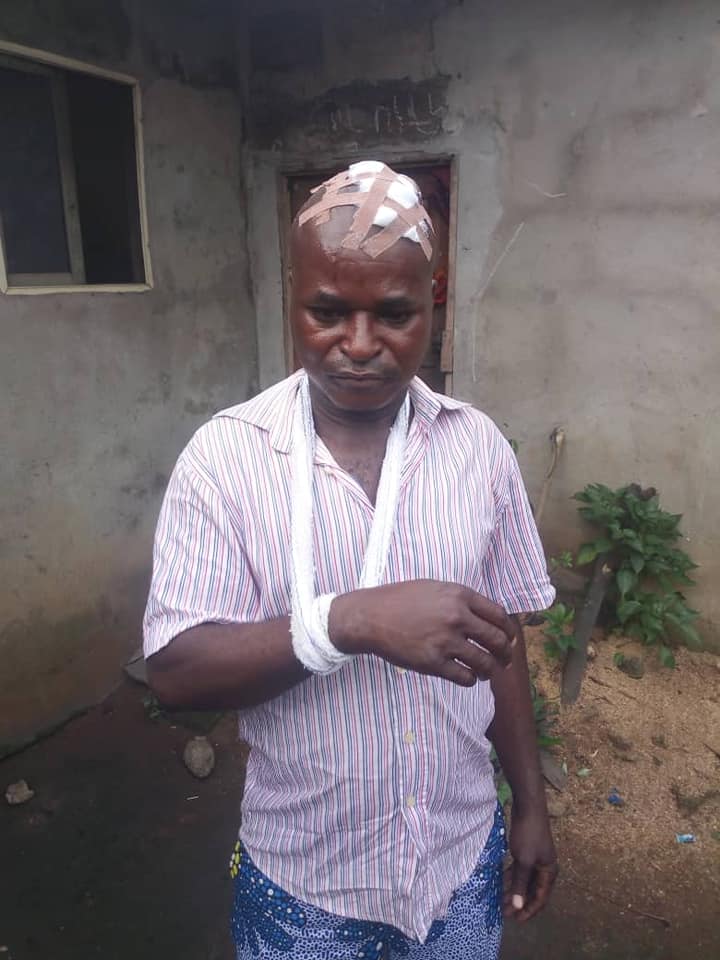 “Mr. OKABAM JOHN, a Water-tank driver with Julius Berger, Tanker number – B8751, On Saturday 21st of November 2020 at about 9:40 am while he was on duty. A private car was parked close to his water filling spot, he tried notifying the driver who refused to wine down, he bent his head to talk with the driver surprisingly, it was Duncan mighty,” he wrote.

“Before he could explain, his head was struck by Duncan mighty using a traditional staff(Elephant tusk), the second strike was blocked with his hand. He(Okabam John) didn’t see how the artist drove off because blood covered his eyes at that moment. Mr. Okabam John narrated this incident after being discharged from the hospital.”

“Duncan doesn’t show up when he’s publicly needed, rather he uses his VIP influence to undo his people. Celebrities should be celebrated by their positivity, their influence shouldn’t pose danger to the society rather it should serve as liberation to the people,”

“Mr. OKABAM JOHN is calling on the management of Julius Berger, Security Agents, and Human Rights Organisations for justice to be done in his case, to avoid a re-occurrence.Thanks, OKABAM JOHN 08036614559.” 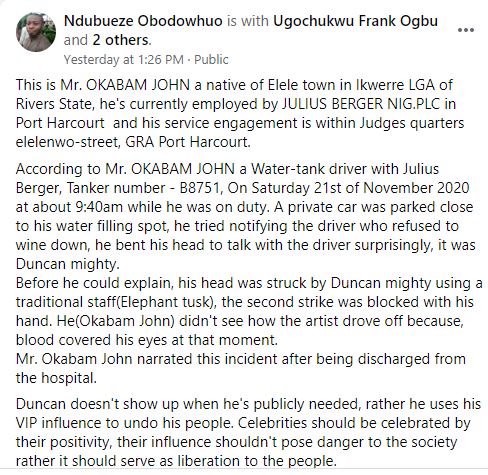 Heartbroken lesbian begs partner not to leave her for a man