Former BBNaija housemate, Aisha Umaru popularly known as Kaisha, has been mercilessly dragged on Twitter for including a lady said to be her housemaid in a video. 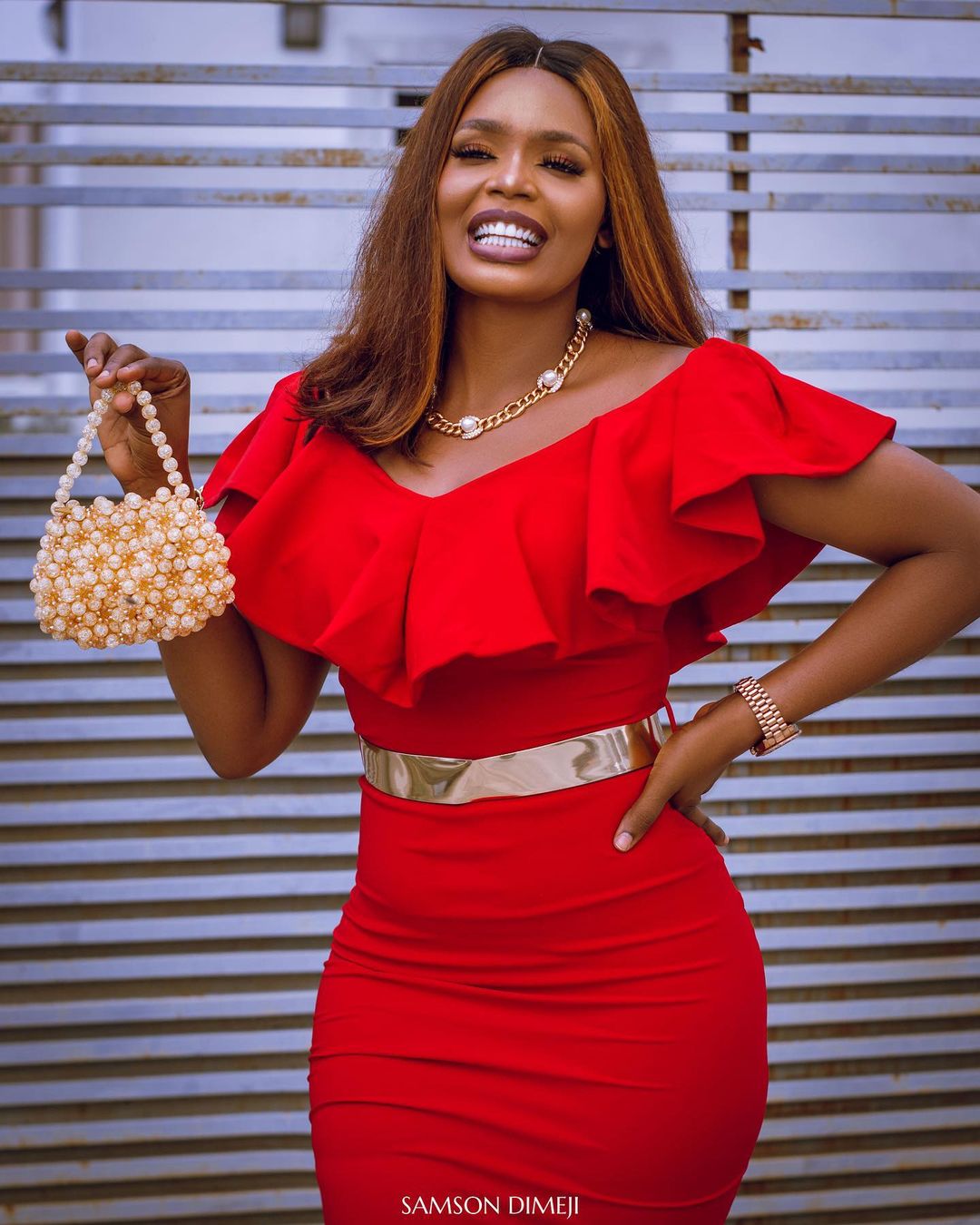 The 25-year-old entrepreneur had taken to Twitter to post a video, in which she was gushing about her clear skin.

In the video, she called a lady named Deborah, who responded swiftly. On her arrival, Kaisha asked what she is making for her for breakfast and the lady responded.

The reality star then commanded the lady to get on with the cooking and bring her breakfast to her.

The video has been met with mixed reaction from Netizens, with some seeing absolutely nothing wrong in the video, while others called the entrepreneur out for including the last part of the video with her househelp.

The critics said the video is demeaning and uncalled for. Some other Twitter users dragged her for using the lady to chase clout, asserting that she called her to show off her ‘achievement’ 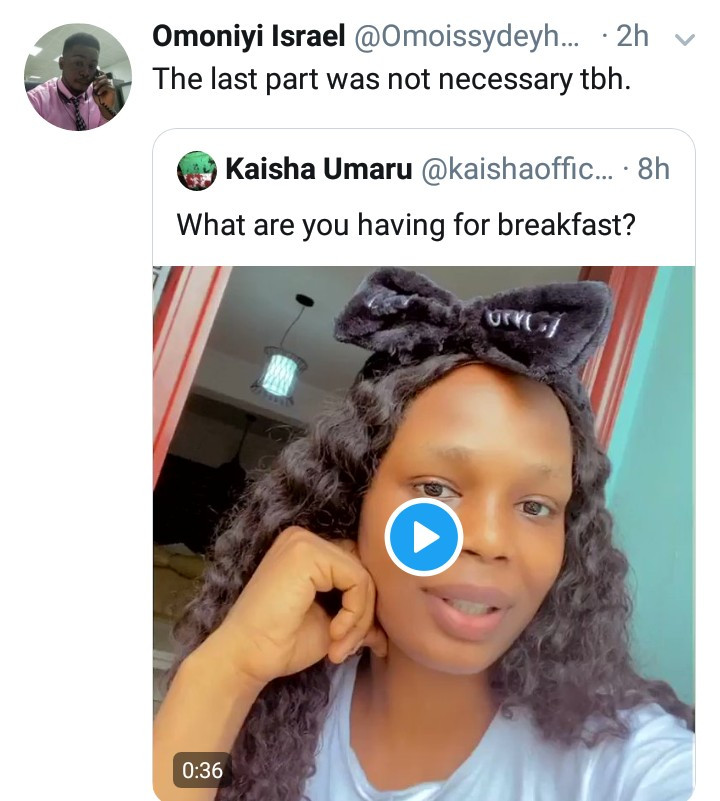 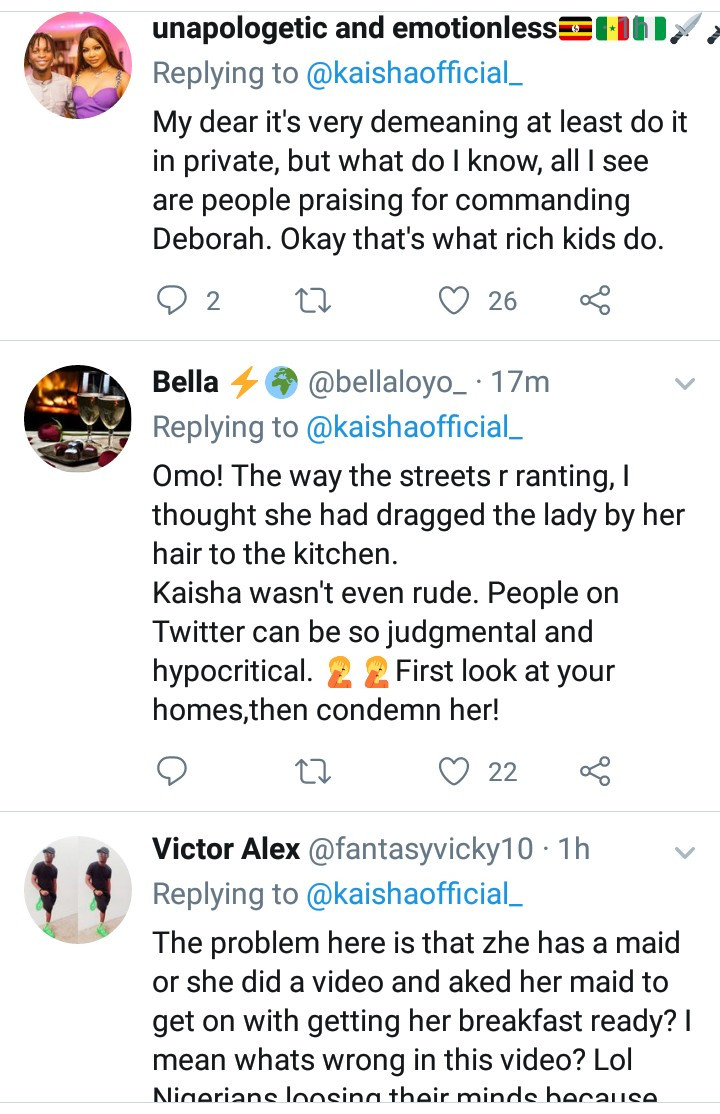 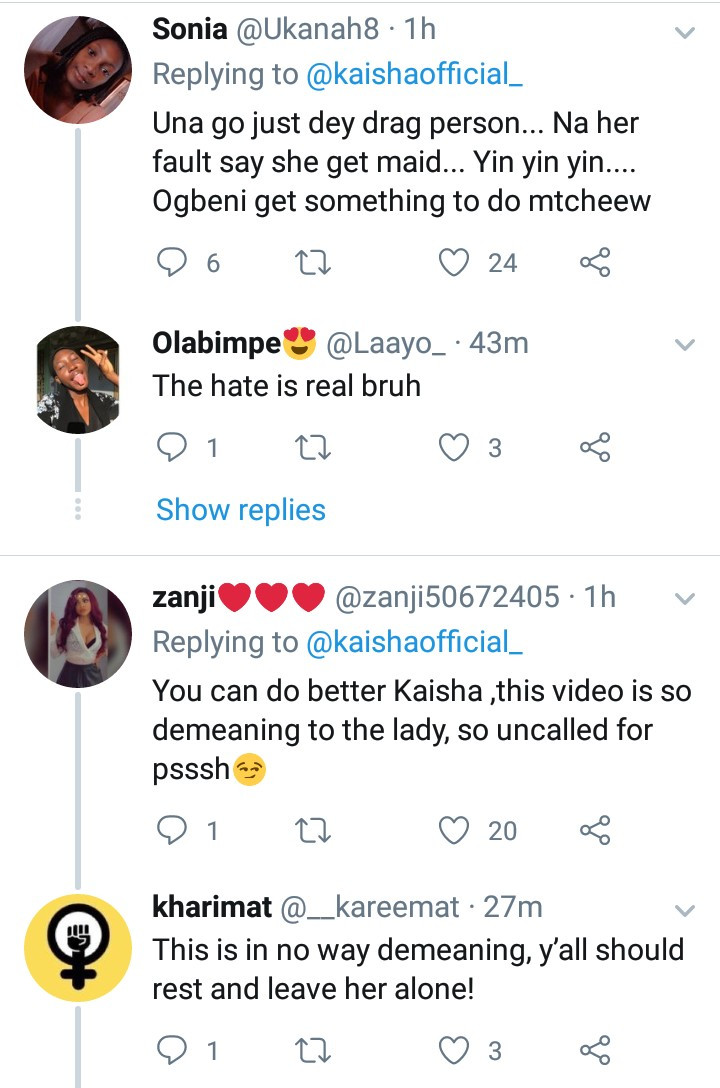 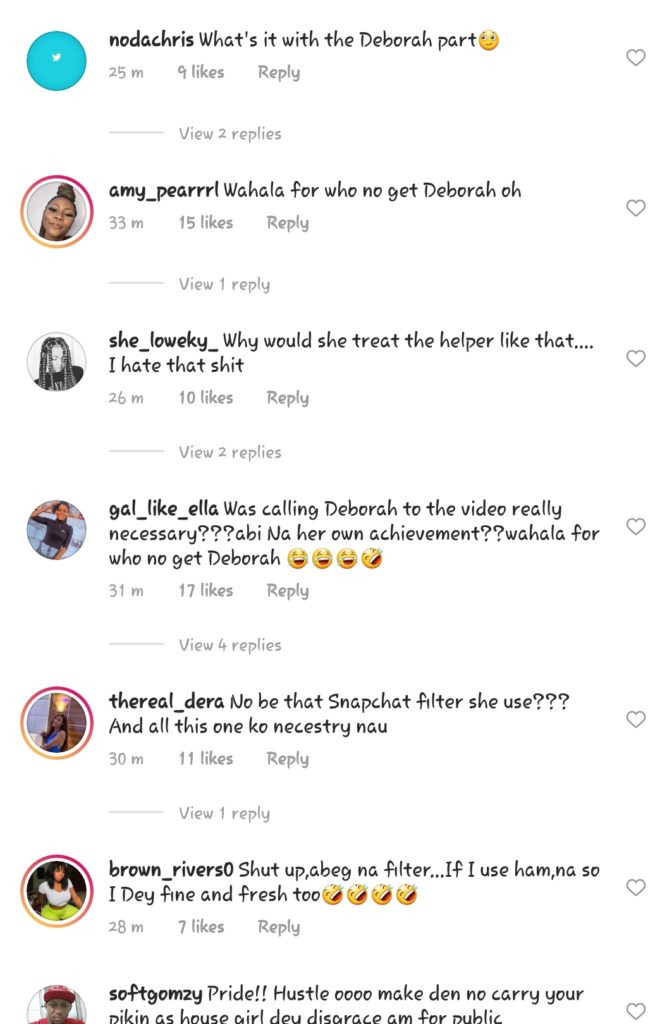 "This is demeaning" Nigerians call BBNaija's Kaisha out for including her "maid" in her video pic.twitter.com/CgNms6GyKt

Nigeria ranked 3rd most terrorized country in the world