Mothers hit the streets of Lagos to join protest

Nigerian mothers have come out in their numbers, to join the protest against the perpetual killings and brutality of youths by SARS officials. 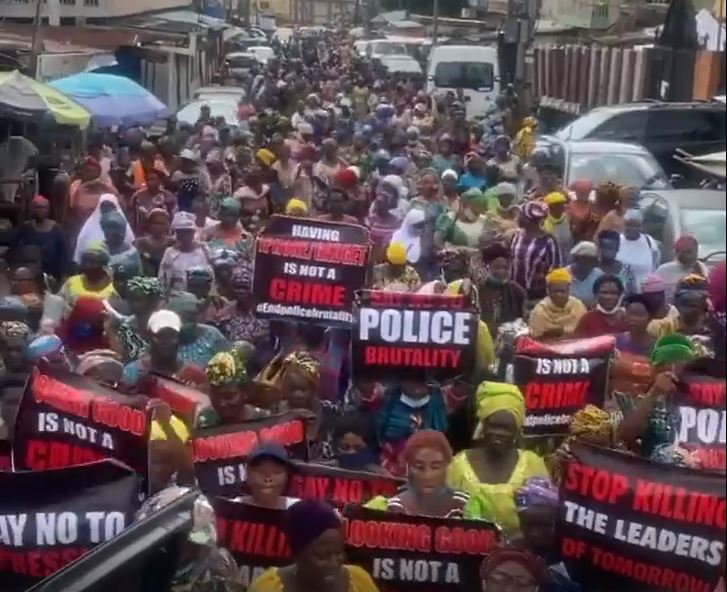 The women who carried different placards speaking against the abuse of power by the Special Anti Robbery Squad (SARS) unit of the Nigerian Police, pleaded with the government to scrap the unit to protect their children.

In their words, “stop killing them, stop killing our children, they are the future of tomorrow”. 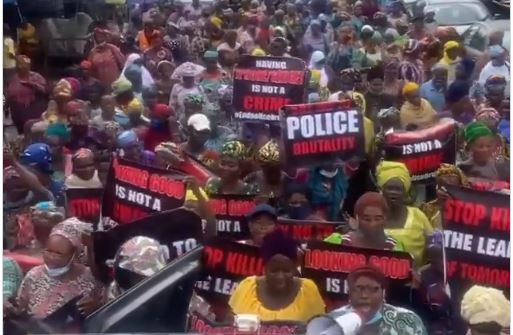 The two singers, alongside other Nigerians and popular influencers convened at the Lekki toll gate, with banners having inscriptions that speaks against SARS officials.

The member representing Surulere Constituency in the Lagos State House of Assembly, while addressing #EndSARS protesters at the Lagos Assembly complex in Ikeja the Lagos state capital today October 9, Elliott believes that the brutality by some members of the Special Anti-Robbery (SARS) unit has gone beyond releasing hotlines for their activities to be reported or for a reform to be carried out.