China and India have agreed to stop sending military troops to their disputed border in the Himalayas, following an escalation in tensions between the two nuclear powers.

Senior military commanders from India and China met on Monday to discuss stabilizing tensions along the Line of Actual Control (LAC), the demarcation line that separates the two military giants.

The Line of Actual Control, which marks the de facto border and passes through the lake, was established in the wake of the 1962 Sino-Indian war.  India and China do not agree on its precise location and regularly accuse each other of overstepping it. 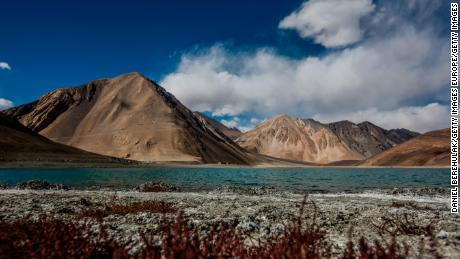 Tensions have been rising in the Himalayas since a bloody clash between Indian and Chinese troops in June and efforts to deescalate in the wake of the violence appeared to be faltering.

At least 20 Indian soldiers were killed in that incident.

Another round of high-level military meetings will be held “as soon as possible,” the statement said.

After the military confrontation between both countries inm Jund, meetings were immediately set up between enjoys of both countries.

Then early this month,  New Delhi and Beijing accused each other of illegally crossing into their territories.

A week later, China and India accused each other’s troops of firing warning shots across the Sino-Indian border, Both sides blamed the other for violating bilateral agreements and taking “provocative” actions.

This is the first time in more than four decades that India and China have confronted each other. In 1996, the two countries signed an agreement which states that neither side shall open fire within 2 kilometers (1.24 miles) from the LAC to “prevent dangerous military activities.”