A video of Anthony Agbazuere, the chief of staff to Governor Okezie Ikpeazu, spraying Naira notes on Onitsha-based clergyman, Chukwuemeka Ohanaemere aka Odumeje the ‘Indaboski’, is trending online.

In the video shared on Twitter by @Enwagboso, Agbazuere is seen spraying naira notes on the clergyman who was dancing. The date when the video was recorded isn’t certain but it appears to have been shot in Agbazuere’s office.

Nigerians on Twitter are however knocking the politician for carrying out such an act inside his office.

Watch the video and see reactions below…

As a Governor, there must be a culture of ethical behaviors for every politically appointed person. The Governor must set that tone.

You cannot be dancing, and spraying money for the cameras in your office. That's a bad reflection on the office of the Governor of Abia state.2/3 pic.twitter.com/ZFKSqqN6QA 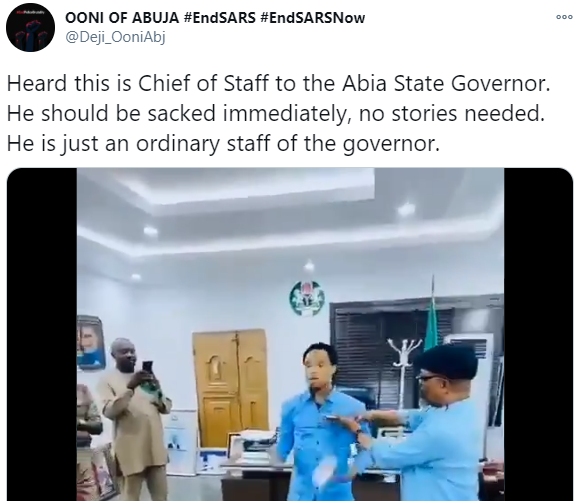 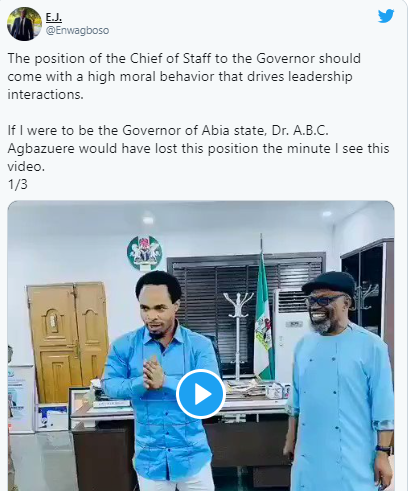 BBNaija: ‘I love to be watched when having sex’. — Angel (video)