The invitation to the wedding fatiha of President Muhammadu Buhari’s daughter, Hanan to Mohammed Tura Sha’aban has been released. 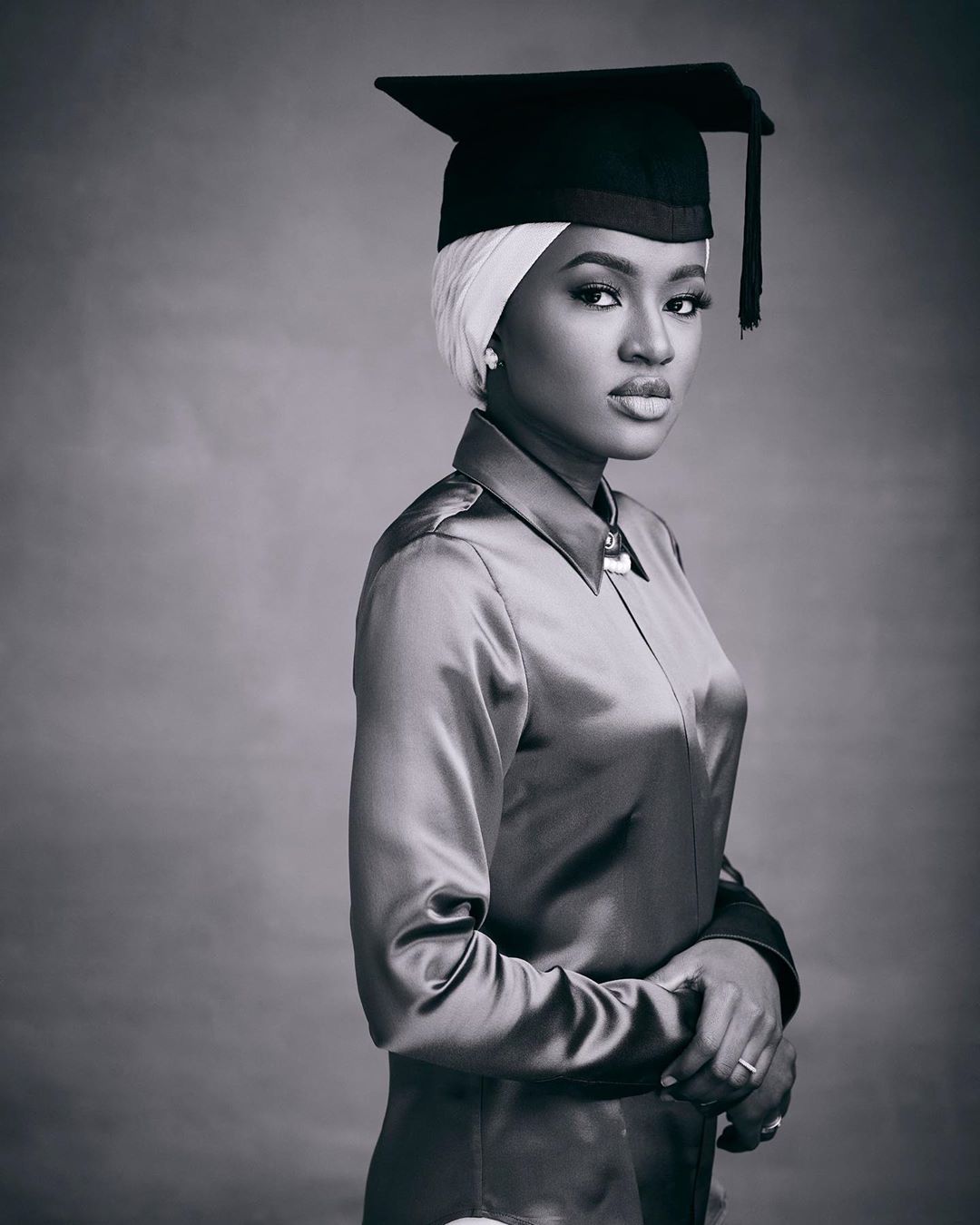 The wedding is slated for September 4, 2020 and it is to take place inside the Aso Rock Presidential Villa. It has already been tagged as ‘The First Wedding’, being the first wedding to ever hold inside the Aso Villa. 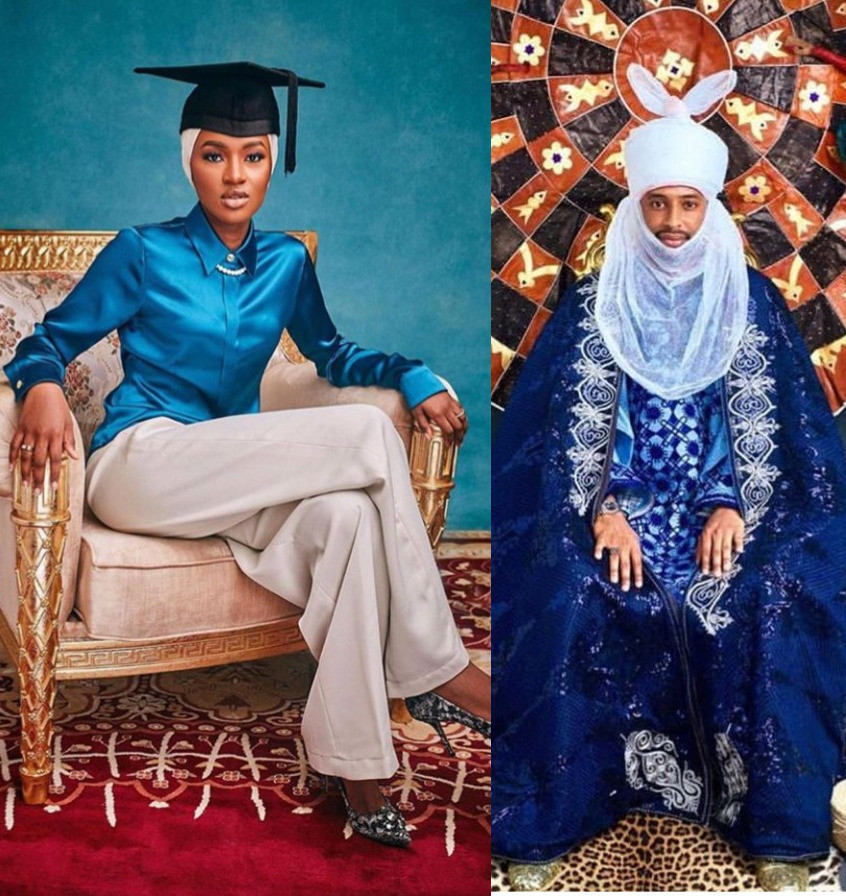 He is the son of a former lawmaker, Alhaji Mahmud Sani Sha’aban, who represented Zaria in the House of Representatives from May 2003 till May 2007.

See the invitation card below, 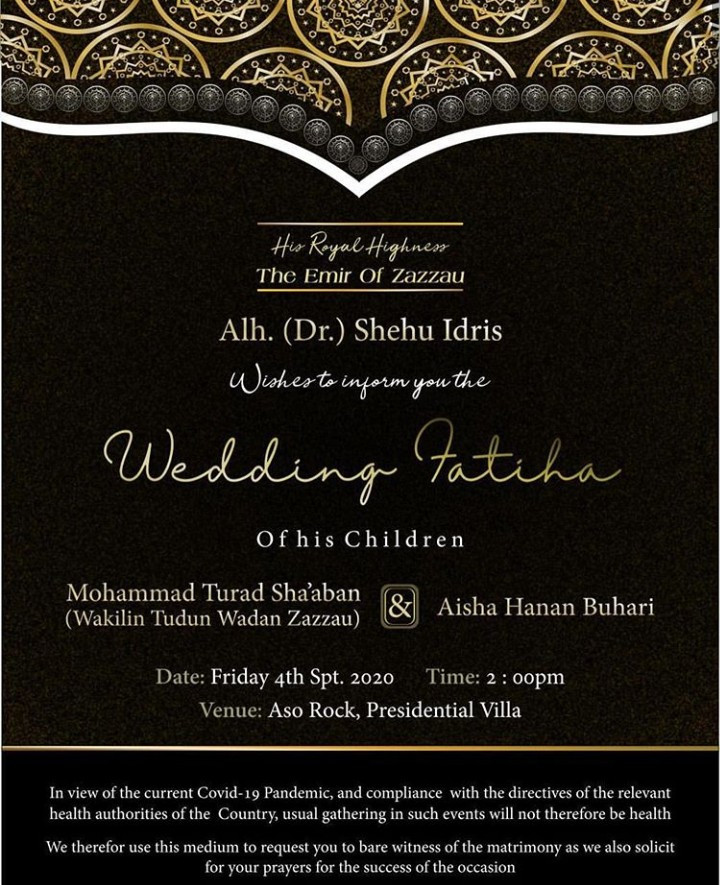 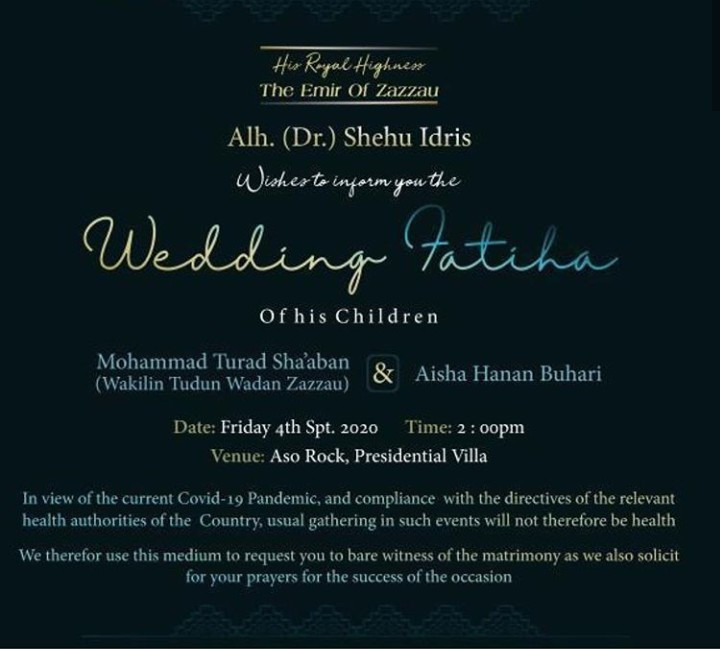 “It will never be well with whoever did this to you” – Friends, former classmates mourn young lady allegedly murdered and dumped inside gutter in Anambra

Tribunal judgment: I was unperturbed all along – Buhari