US President, Donald Trump, has launched an attack on Duchess of Sussex, Meghan Markle, insisting he is “not a fan” .

Meghan and husband Prince Harry stepped down as senior royals at the start of this year in a dramatic decision that rocked Buckingham palace.

They have since relocated to Los Angeles where they hope to earn a living from Hollywood. 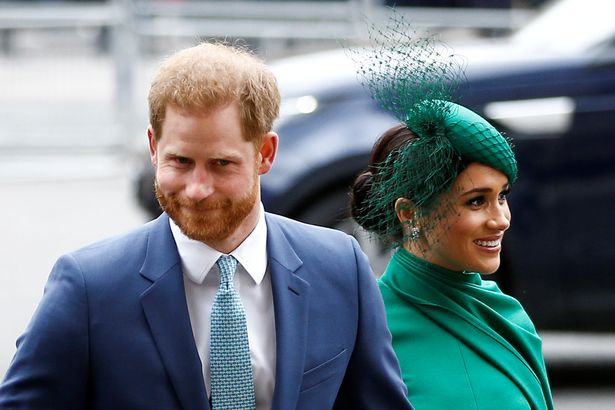 Meghan and Prince Harry have recently been encouraging Americans to vote, seemingly in support of Trump’s rival Joe Biden.

Prince Harry said: “As we approach this November, it’s vital that we reject hate speech, misinformation and online negativity.”

Many believe his comments were targeted towards Trump, who has often come under fire for his comments about minority ethnic groups.

Meghan, who sat next to him, said: “We’re six weeks out from the election, and today is Voter Registration Day.

Every four years, we’re told the same thing, ‘This is the most important election of our lifetime.’ But this one is. When we vote, our values are put into action, and our voices are heard.'”

But when asked by the DailyMail about the pair’s comments, Trump said: “I’m not a fan of hers.

“I would say this – and she has probably has heard that – I wish a lot of luck to Harry because he’s going to need it.”

Instagram Celebrity aka Bitcoin Lord, & 13 Others Arrested By EFCC For Internet Fraud