Lady mourns tearfully and refused to fly the Nigerian flag, after losing three brothers to SARS

An unidentified lady during the #EndSARS protest in Enugu refused to fly the Nigerian flag as she grieved the loss of her three brothers to the Special Anti-Robbery Squad (SARS). 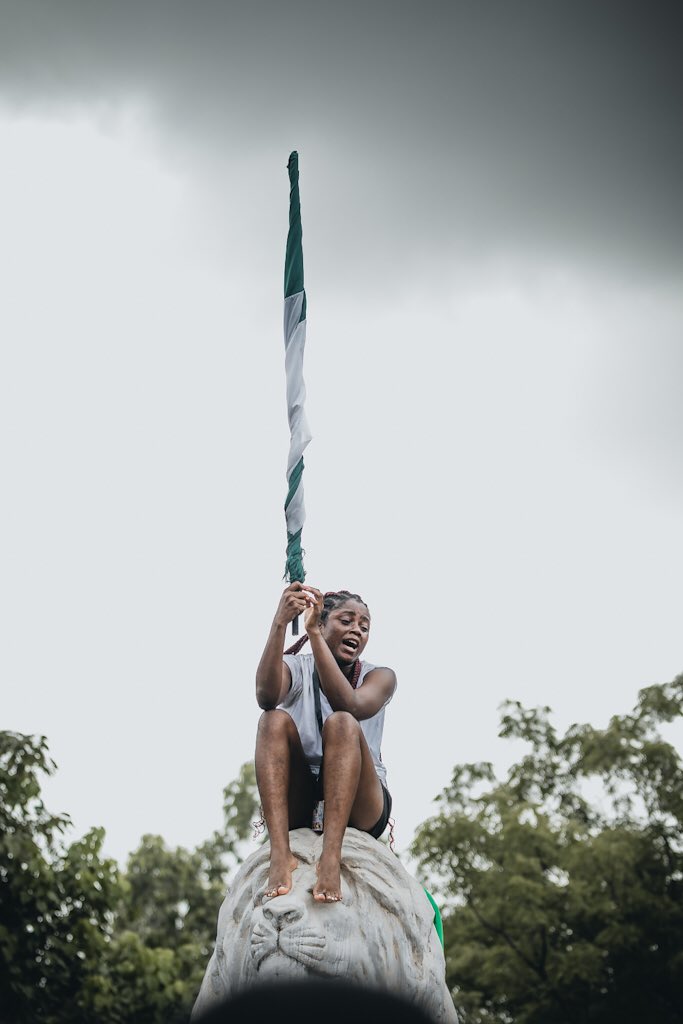 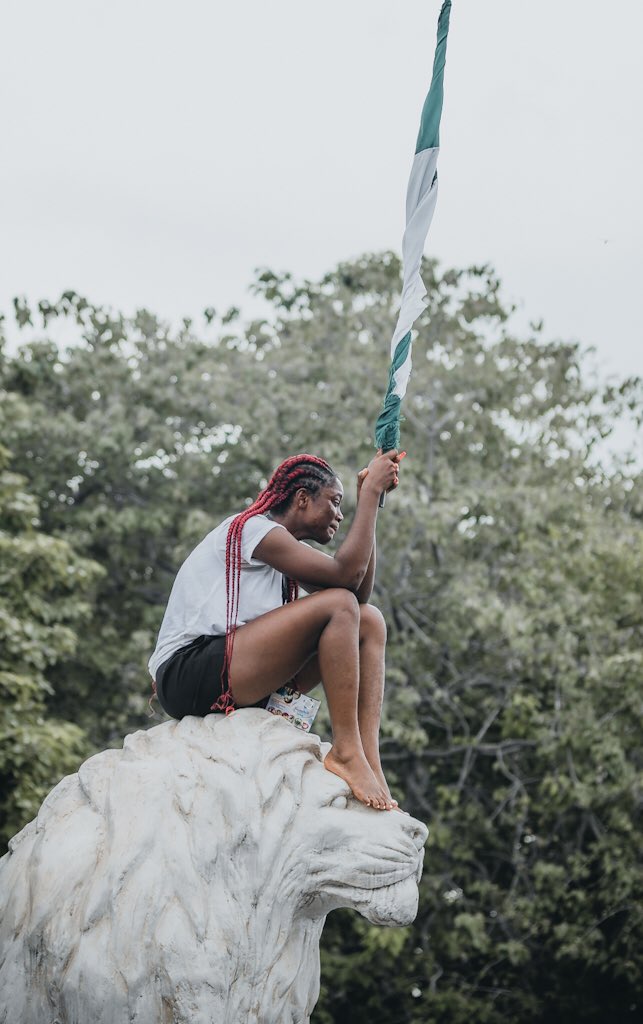 The #EndSARS protest that has been ongoing for a week is a campaign against the unjust killings and brutality by the police in Nigeria.

The young lady, who is yet to be identified, was captured by a protester during the protest against police brutality in Enugu on Tuesday, October 13.

Her photo went viral on social media and people wanted to know the story behind her actions. A twitter user noted that the protest was a personal fight for her as her three brothers were murdered in cold blood and dumped in a well by SARS officials. 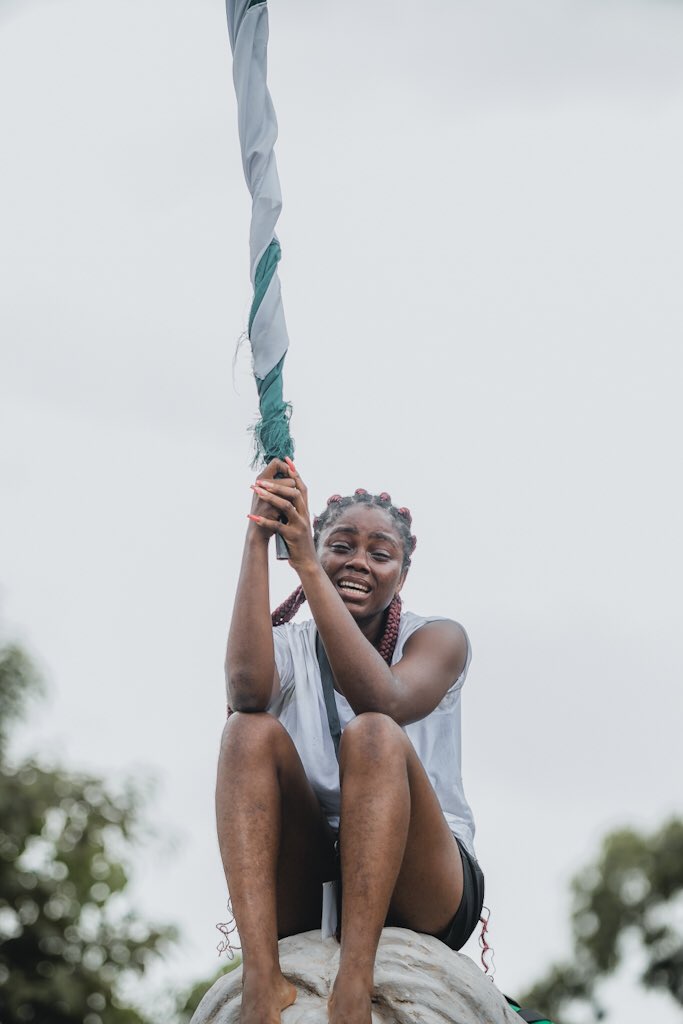 The lady refused to fly the Nigerian flag as she cried uncontrollably while sitting on top of a lion statue in Enugu.

This incident, however caught the attention of other protesters and has stirred reactions on social media. 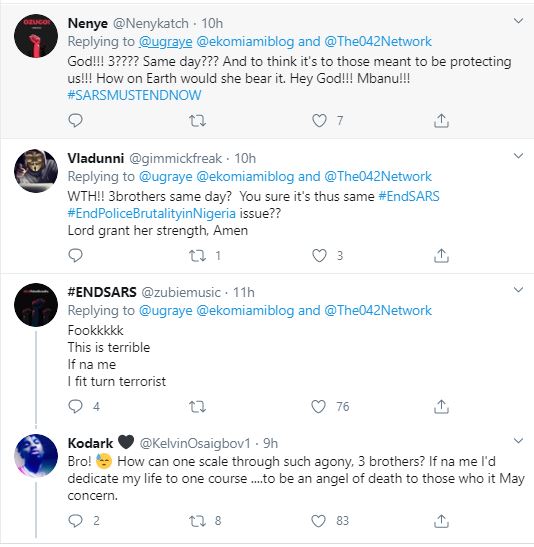 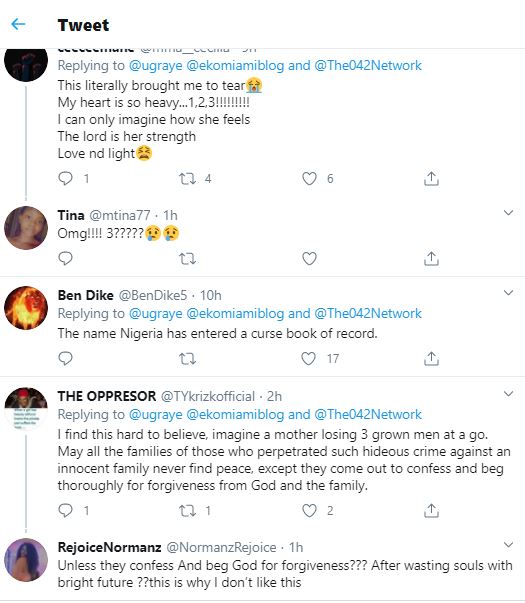 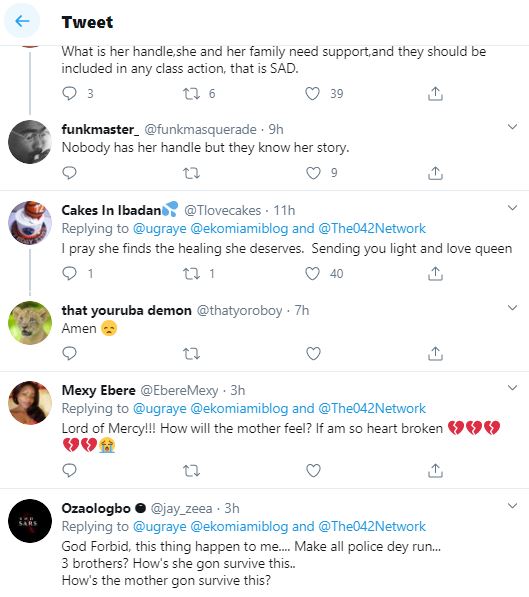