A British mother is fighting for her life after suffering seizures while undergoing a nose job in Turkey.

Michelle Williams, 46, a teacher from east London, has been left with brain damage and breathing through a tracheotomy tube in her throat following the operation at a private hospital in Istanbul.

‘It is a nightmare,’ sister Nikisha Lynch, 37, told The Sun.

‘Michelle has been through a lot. She has not regained consciousness after what happened and she has got some brain damage, but we don’t know to what extent.’ 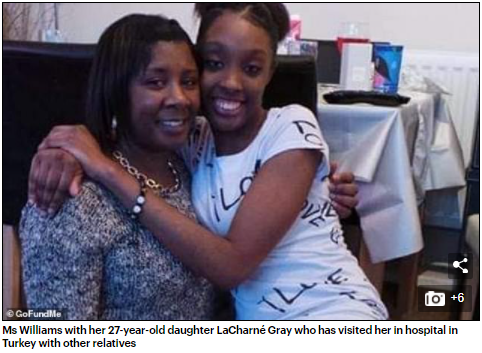 Ms. Williams, who was working in Turkey as a Year 6 primary school teacher, underwent the rhinoplasty procedure on August 14 during the school summer holidays.

According to reports, she spent around £3,500 for the procedure which took place at the private Hospital in Istanbul.

On the morning of August 14, an excited Ms. Williams called family including her three sisters, 65-year-old mum, and daughter LaCharné Gray, 27, to let them know she was about to go into surgery.

“I spoke to Michelle at 7.20am and the next thing, I got a phone call at about 12.20pm telling me that she had suffered a cardiac arrest,” said Ms Lynch.

“I was shocked. We flew straight over to Istanbul and have taken it in turns to go there ever since.”

The family discovered that after Ms. Williams was given the general anaesthetic, she suffered a cardiac arrest followed by seizures lasting on and off for 3 hours.

It left her with hypoxia on her brain, a brain injury caused by a lack of oxygen supply.

Since the operation went wrong, Ms. Williams has also been hit with pneumonia, and had to have a feeding tube fitted into her stomach. 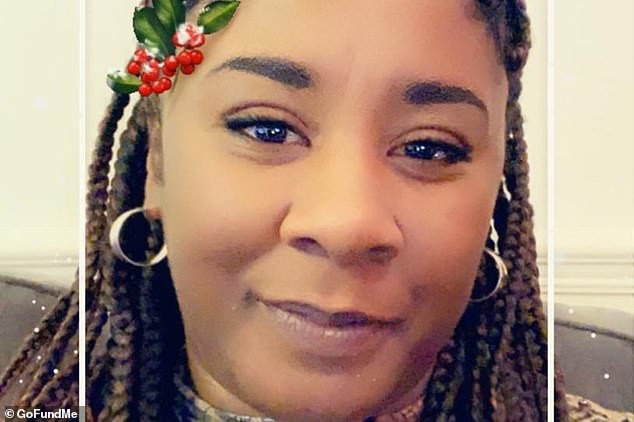 “Michelle entered the private hospital completely healthy and what her future will look like no one knows,” added her sister, a qualified social worker who has previously studied operating department practice.

“She has a zest for life and loves spending time with her family. My hope is she comes home and can get the correct treatment.

“We just don’t know what damage has been done.”

Ms Lynch added the family is suing the hospital for medical negligence.

Lawyer Burcu Holmgren, of London Legal International, is working with the family and said: “I have spoken to hospital management in detail. We are in the process of suing the hospital.

“We contacted the British Consulate in Istanbul and also the Turkish Health Ministry, they are investigating the situation.”

A Foreign, Commonwealth & Development Office spokesperson said: “Our staff are supporting a British woman in hospital in Turkey. We have offered advice to her, and are in contact with her family, her legal representatives and the Turkish health authorities.”