A newborn baby was found in a black plastic  bin bag with a rusty knife sticking out of her back.

The baby, believed to be two days old, was rescued after a passer-by heard her cries in the city of Posadas in the north-eastern Argentine province of Misiones.

The passer-by named Diego Sebastian Penayo opened the bag and found that the infant had been stabbed multiple times, and the rusty blade was still sicking out of the baby’s back.

Diego, a 31-year-old personal trainer, took the baby girl to a nearby police station and from there she was rushed to hospital. 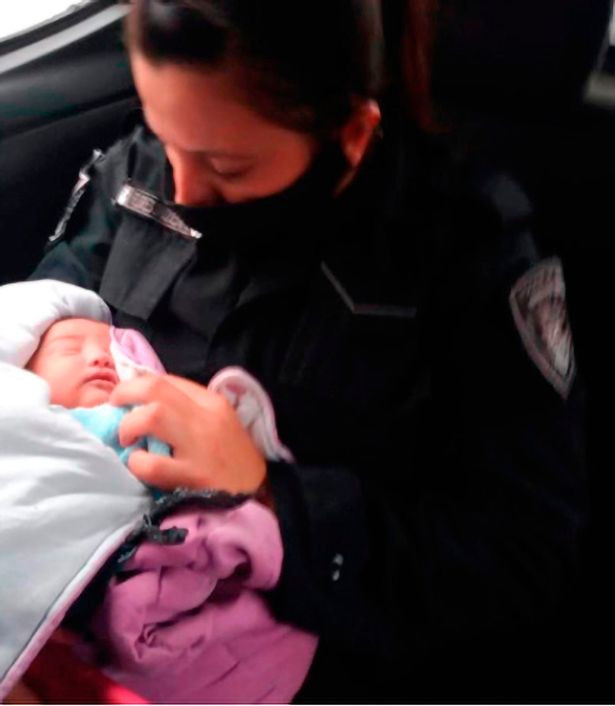 Doctors were shocked to find multiple knife wounds on the little girl’s tiny body, and she needed urgent medical treatment.

Fortunately most of the stab wounds were superficial and no major organs were affected.

Two of the baby’s ribs had also been broken.

Despite that, the little girl is said to be making a good recovery such that nurses at the Hospital Maternal Neonatal have started calling her Milagros – ‘Miracle.’

David Halac, an administrator at the hospital, told reporters that the baby is now breathing unaided but she is being treated with strong antibiotics to reduce the risk of infection.

He added that the hospital is in no rush to discharge her until the legal situation of the child’s guardianship is resolved.

Police say that they have traced the baby’s mother and she is currently in custody.

Nigerians hate Fulanis because of Buhari and El-Rufai — Kish Adamu