Elenda, daughter of former Governor of Cross River state, Liyel Imoke has lashed out at those calling out Nigerian politicians for looting.

The politician’s daughter in a tweet she shared stated that the only difference between the parents of critics and politicians they are shaming is that their parents are not priviledged to steal.

However when called out by her followers who also pointed out that her father was investigated, Elenda defended him by stating that he was never arrested.

See the exchange below 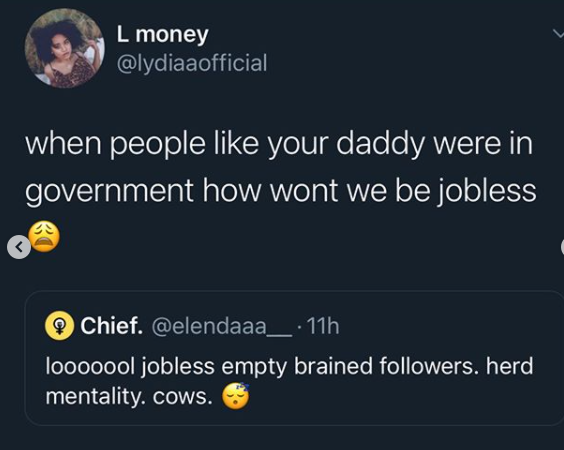 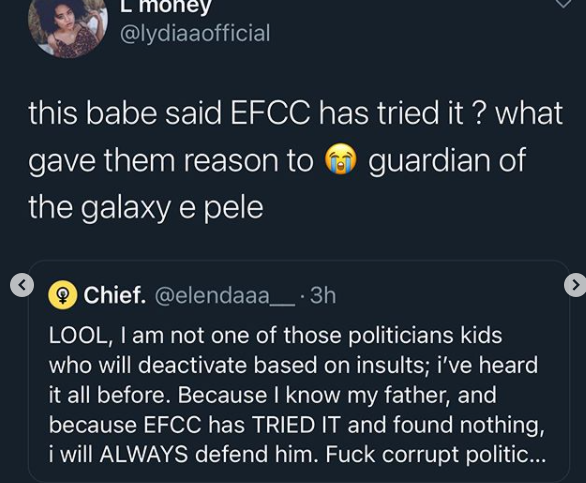 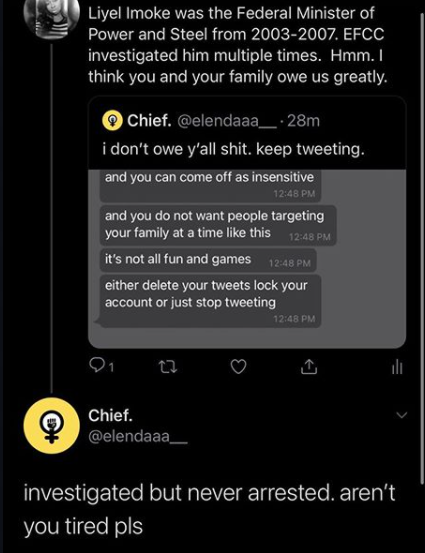 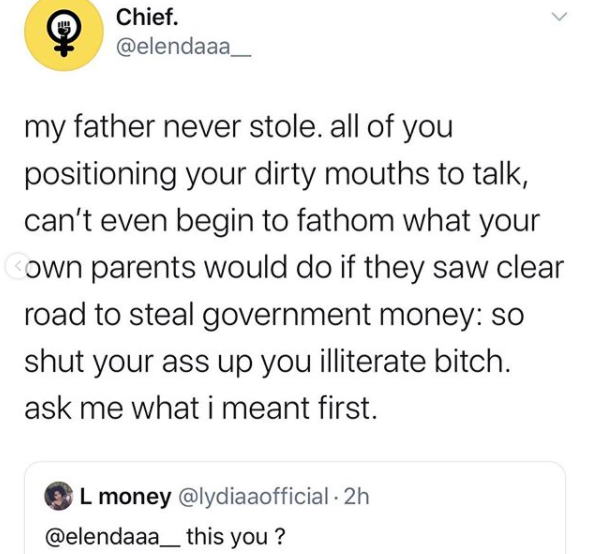