The EndSars Protest in major part of the country has lingered on for days and it is beginning to really affect some highly placed individuals.

A video trending on social media showed the moment the Executive Governor of Kwara State reportedly resorted to the use of a bike locally known as ‘Okada’ to transport himself because his convoy couldn’t move due to the fact that the route was blocked by protesters. 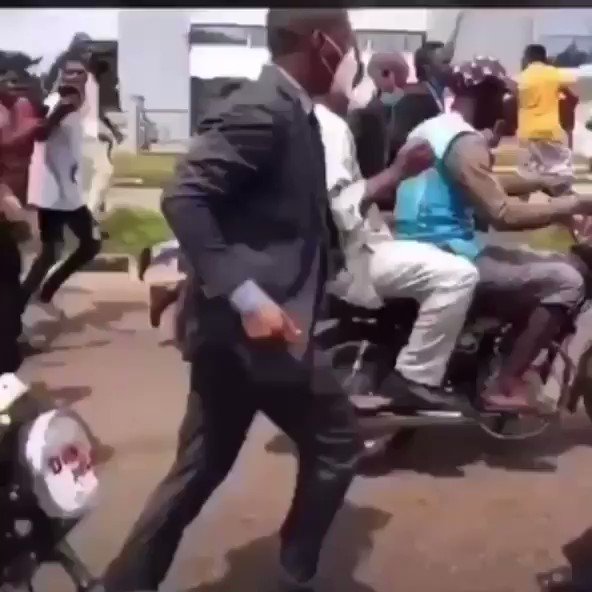 Watch the clip below ;

The #EndSARS protesters in Illorin forced the Governor of Kwara state to enter a bike Cos they blocked the road!!!

It was so satisfying to watch!!!!

Fair share of his cake, Buhari will trek to office tomorrow Monday. Change he promised will enter through back door.

We will change this Country by force. See those DSS guys jogging.
They need to keep fit

Breaking: IG of Police has announced the dissolution of SARS after days of worldwide protest