Girlfriend reveals to boyfriend she has gotten married

Male Twitter users have opened up about their broken relationships and how their girlfriends broke up with them.

Some of them got dumped via text and the text messages were quite cold.

They shared the text messages to Twitter. One explained that his happened just this morning.

Another man also narrated how a breakup via text message made him pick the wrong child from school when he went for his nephew.

Read the tweets below. 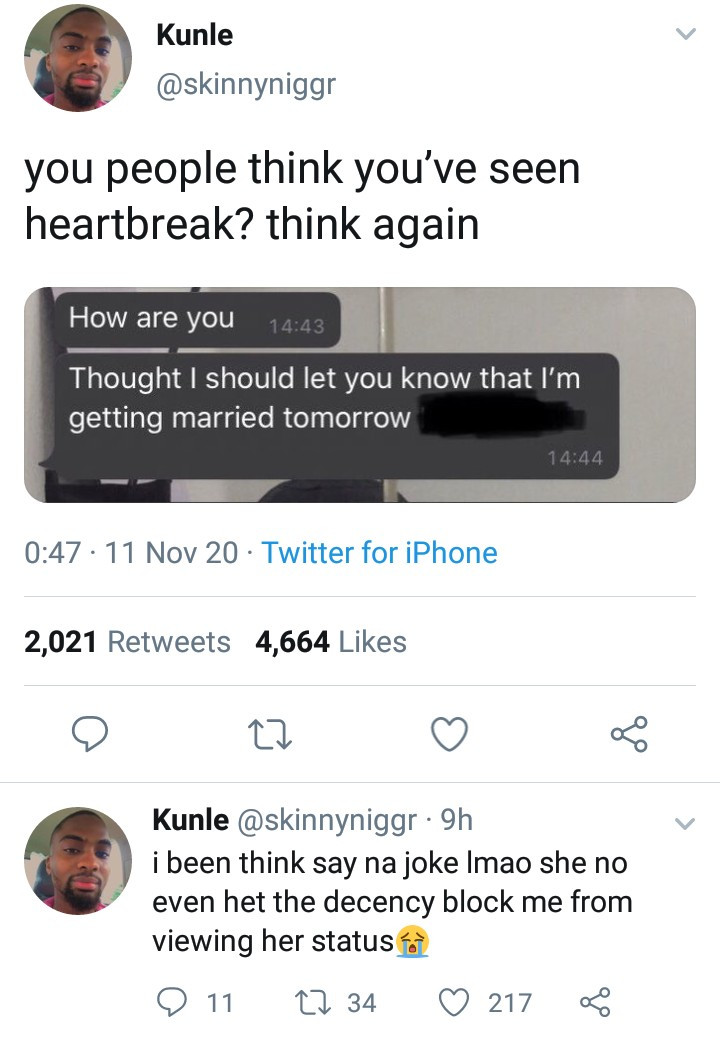 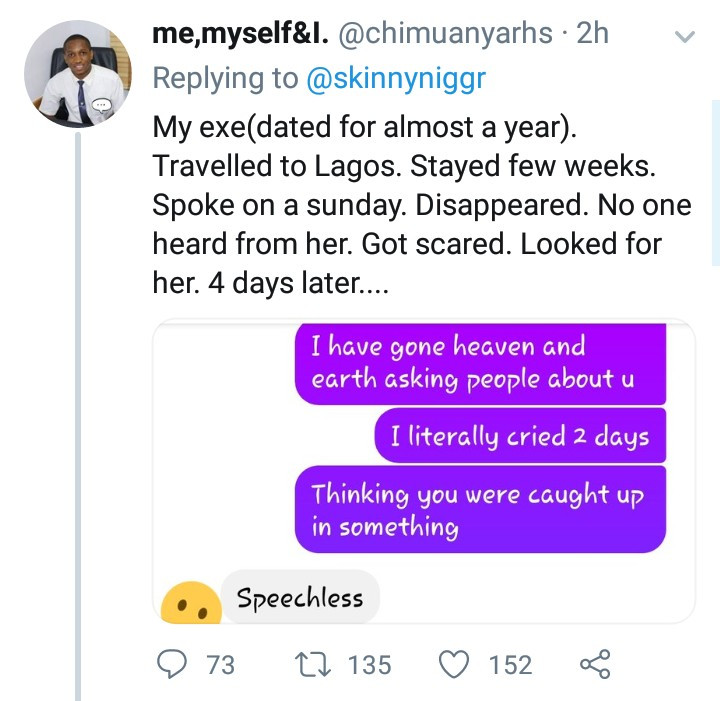 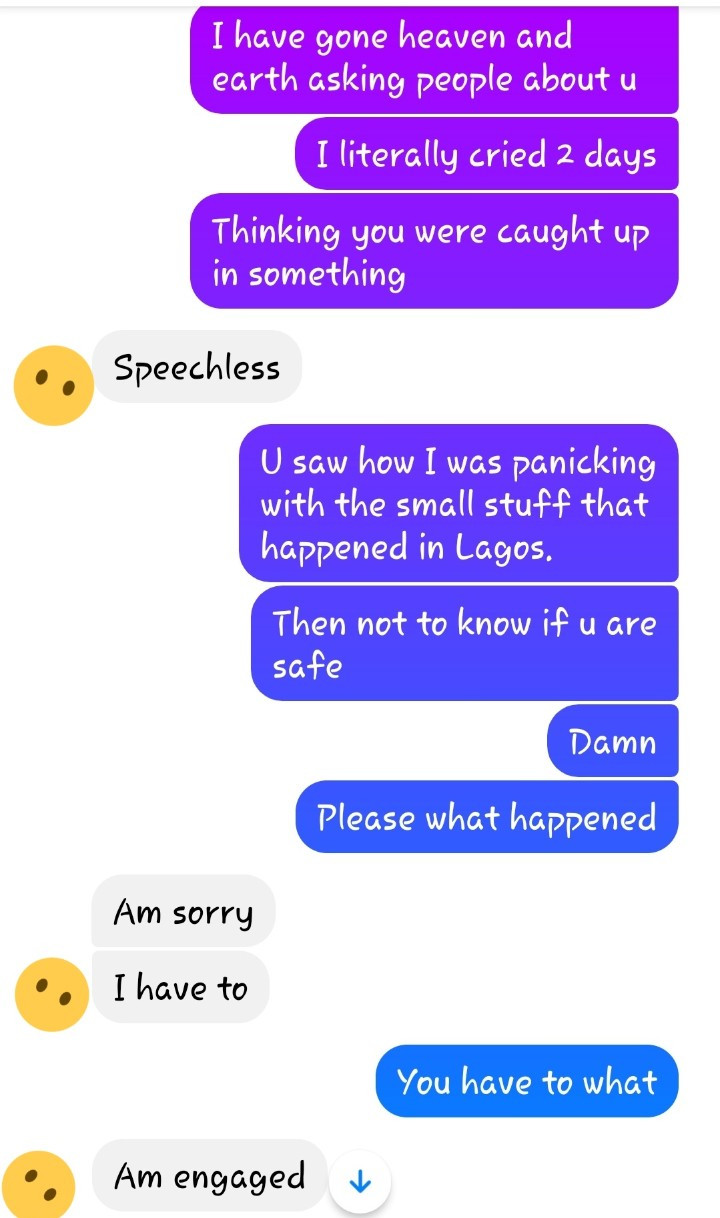 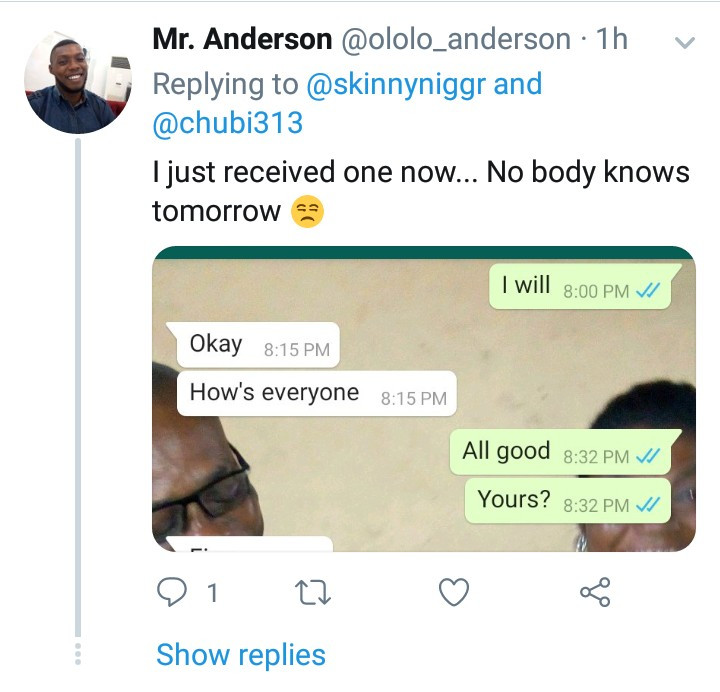 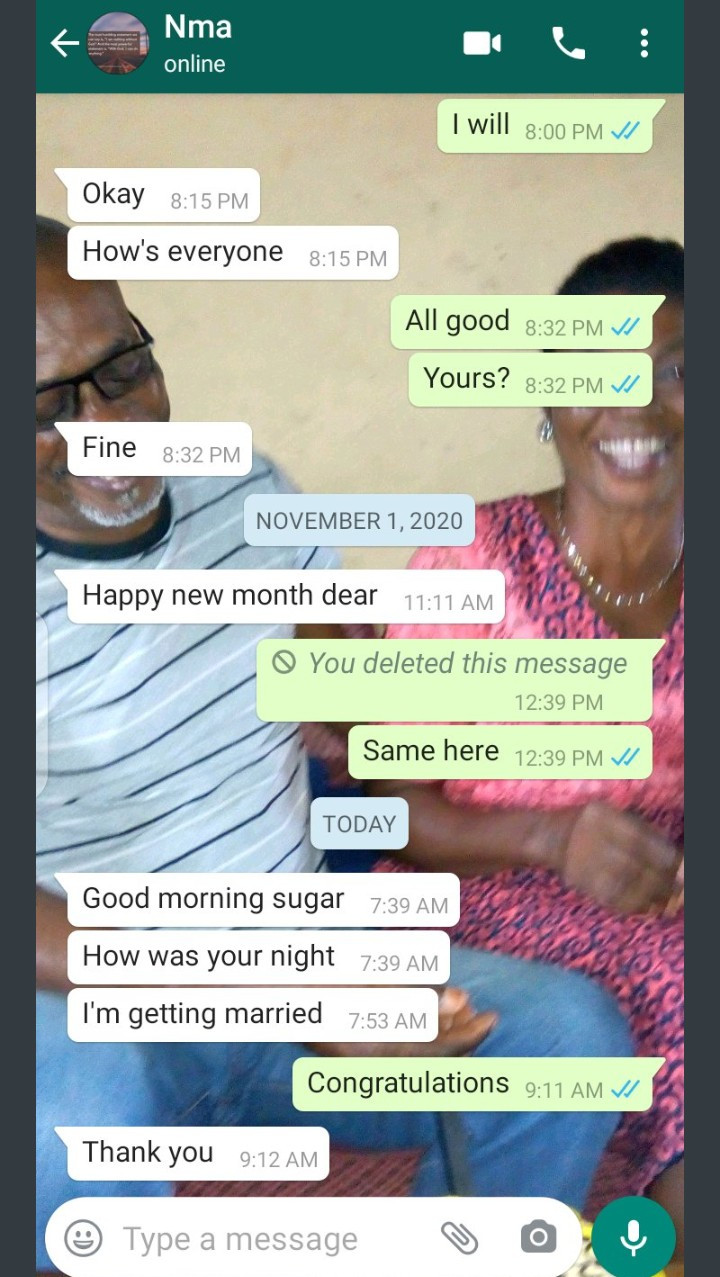 Marriage is not finding someone to live with, but someone you won’t live without – Mary Remmy Njoku gushes over her hubby Jason