A Texas judge has sentenced a juvenile Crips gang member who removed his ankle monitor and shot a 1-year-old baby.

A video of a Zoom detention hearing held back in September 2020 has now been released. The hearing held on the day the boy turned 12.

“Now you’re 12-year-old,” Judge Kim said at the start of the hearing. “So, well, happy birthday, I’m sorry you have to spend it here at the detention facility.”

The judge continued: “You were here for… you’re on probation for arson and that is from 2019. And then, we got all kinds of promises. Most recently, I let you go. You keep cutting it [his ankle monitor] off, I’ve always let you go because you’re still young. I mean, you’re 11-years-old, right? So, I didn’t want to keep an 11-year–old in here.”

But the judge told him that every time they let him go, he keeps violating the conditions of his probation.

Judge Kim said: “So, you keep on running away, we keep on getting you back in here, make you stay a couple days, you promise me you’re not going to cut it (ankle monitor) off, and you cried a couple times about coming back here.

“And then, this last time we let you out…”

The judge then asks another participant of the Zoom call: “Mr Spence when was then last time we let him out?”

The judge then addressed the 12-year-old telling him that after promising he wouldn’t cut off his ankle monitor, he did it again.

The judge then shows the boy a picture of himself holding a gun “I know 11-year-olds aren’t supposed to have guns after they’ve been accused of shooting a baby.” 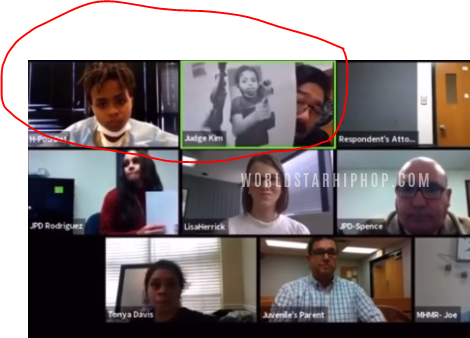 Lil Rodney begged the judge to have mercy on him one last time but the judge reminded him that was what he said the last time and the time before that.

The boy begged: “I just want to know if you can at least give me one more chance then see. If this time I mess up you should like hold me for some months.”

The judge replied: “Yea, but didn’t you say that last time? You told me to hold you for a year last time if you mess up.”

The boy broke down and cried but the judge told him to save his tears.

“Every time you come in here you cry. You know that, right?” Judge Kim told rapper Lil Rodneyy. “Every single time, you beg me for one more chance. You swear to God, ‘On my mama’s name,’ ‘I’m not gonna cut off the monitor, I’m not gonna run off,'” said judge Kim.

The boy, who is also nicknamed “30 Shotz,” admitted he cut off his ankle monitor to attend a friend’s funeral. But he couldn’t recall the friend’s name. He told the judge he only knew the friend by his nickname.

The boy’s grandfather, who helped raise him, also attended the Zoom hearing.

Judge Kim told the boy he would be detained in a juvenile detention centre until he turned 19 – that’s 7 years.

Some people have said the sentence isn’t right and the boy would likely come out more hardened. Others said he deserved it and should be locked up for longer than that.

Rodneyy’s mother, a single mom who gave birth to Rodneyy when she was 16,  was interviewed after the hearing. 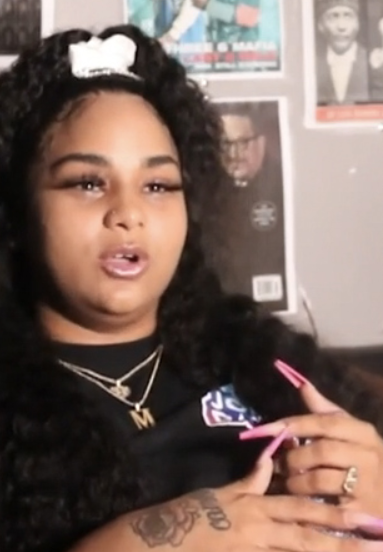 Rodneyy’s father abandoned his family, and Rodneyy’s mom chooses not to seek child support. She said she was sent away to prison twice when the boy was a toddler.

Rodneyy was raised by his maternal grandfather, who he lovingly refers to as “Paw paw.”

Below is a video of the hearing.