Prince Andrew has reportedly been banned from future events as the Royal Family aims to cut him off totally, following allegations linking the British Royal, to late disgraced pedophile Jeffrey Epstein.

According to The Sun, the Duke of York is getting snubbed by the royal family on all major events, including Prince Philip’s upcoming 100th birthday celebration. 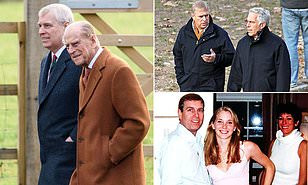 A source revealed to the Sun UK:”There is a warning from up high to play down Andrew. He will be included as little as possible.”

“It’s not whitewashing history because you can’t leave him out entirely. But it will not make a big deal of his relationship with the Duke of Edinburgh over the years,” said the insider.

“This is obviously proving difficult because he is his son and it’s playing down his role in the family,” added the source. 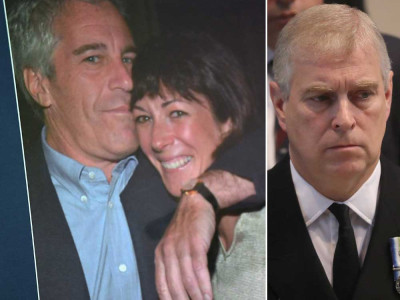 The power move comes after former model, Lisa Philips claimed in a new documentary surviving Jeffrey Epstein’ is claiming that her friend was ordered that he told her to have sex with Prince Andrew.

According to the documentary when Lisa Phillips confronted the billionaire, he replied: “‘It’s nice to have things on people.”

There is no suggestion the alleged sex with Andrew was non-consensual or that he knew of Epstein’s demands.

But Phillips’s said her unnamed friend who was in her early 20s at the time met Epstein at a photo shoot in the Caribbean when he invited the two young women to his private island, Little St. James.

“I found Jeffrey very charming and he seemed really nice. I had mentioned I had lived in England and he said, ‘Oh, would you like to meet a prince?’” Phillips told the U.K. Sun.
“This man walked up and I recognized him as Prince Andrew. He was very nice. It was very brief.”